International trade is growing at an astonishing rate, which has a direct impact on currency. Kinesis, a digital yield-bearing currency, could provide a solution to currency stability that goes beyond centralised or monetary banks

The world is becoming increasingly more global, with borders breaking down and international trade climbing at an astonishing rate. With globalisation becoming the norm, any organisation engaged in foreign trade falls at the mercy of currency fluctuations and the volatility that this brings. With such an emphasis on the open global market, exposure to currency volatility has a direct and significant impact on any organisation’s bottom line.

With recent Brexit negotiations becoming more tenuous by the week, UK businesses are scrambling to secure a safeguard, should pound sterling plummet in light of Great Britain crashing out of the EU next March. Speculation around a no-deal or similarly dubious Brexit outcome has already spiked the sterling’s “‘fear gauge’”, a closely-monitored instrument which measures the cost of hedging against big depressions in the currency.

Indeed, currency volatility is a major cause for concern around the world. Various centralised banking policies and differing degrees of political instability have a profound effect on the stability of international currencies, exposing international organisations to potentially dangerous movements in currency fluctuations. Such exposure has only served to discourage international trade1 and stifle globalisation campaigns, with nearly a third of UK organisations stating that they expect their level of foreign trade to fall significantly in light of dramatically swaying international currency volatility. 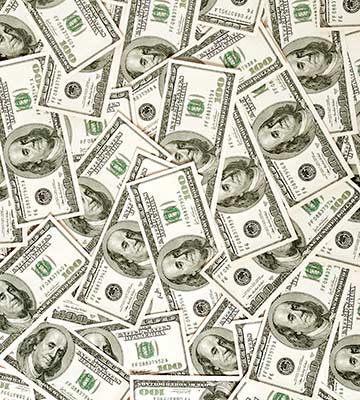 With such volatility being observed worldwide in recent decades, the market has presented an opportunity for a new means of decentralised trading, a market gap which was filled by cryptocurrencies which trade on the blockchain.

Despite initial optimism, this model proved to have its own unique shortcomings with dramatic price volatility occurring over unprecedented short time frames. Four years’ worth of volatility in the stock market can be covered in a month of pricing movements in the cryptocurrency markets. This limits cryptocurrencies usability as a reliable trading platform and renders the currencies almost redundant.

Evidently, a complete overhaul of current international trading currencies and principles was needed. A monetary system that combines the age-old, relative stability of trading with precious metal commodities such as gold and silver and the efficiency and speed of trading. Fulfilling this gap prompted the conception of Kinesis Money, a new monetary system that links the dependability of trading with gold and silver commodities with the digital efficiency of trading on through blockchain technology.

Digitising gold and silver commodities on a 1:1 basis paves the way for addressing the inherent instability of crypto coins as well as the uncertainty of trading with foreign currencies. It’s a currency that mimics the fixed article of exchange. Consider Gresham’s law of economics; this concept stipulates that ‘bad money drives out good’, which promotes “hoarding” of the currency which is deemed more valuable, given that the two stores of value have the same base price. This concept is problematic as it drives out more stable currencies from circulation and promotes a global move towards trading with volatile systems like international currencies. Introducing a new monetary system overcomes this by incentivising organisations to use currency through multi-faceted yield systems based on international participation and velocity. This makes the Kinesis Monetary System an appropriate tool for commercial exchange.

The ultimate aim for any global organisations is to successfully operate in our global market without the overbearing stress that stems from the instability of being exposed to the tumultuous nature of global currencies. Adopting a decentralised, asset-based monetary system that combines new world technical advances with old world, widespread commodity trading presents as the way forward to secure an efficient store of value. This is especially important in an uncertain post-Bexit world, where foreign trade must be promoted and UK companies are incentivized to maximise their exporting potential whilst dealing with economic constraints and currency fluctuations as a result of political uncertainty.

About THOMAS COUGHLIN
Thomas Coughlin is the Chief Executive Officer (CEO) of Kinesis Limited as well as Allocated Bullion Exchange (ABX). He hasworked in the investment, funds management and bullion industries for approximately seventeen years. His professional portfolio management career spans the foundation of the boutique investment company, TRAC Financial, to the establishment of a highly successful Absolute Return Fund. Thomas has dedicated a significant part of his career working collaboratively to build the complex systems of a cross-border international bullion market with an extensive global network of central bankers, brokers, fund managers and advisers. His experience, extensive network and broad knowledge of capital markets, enable him to deliver exceptional value and insight to all stakeholders. 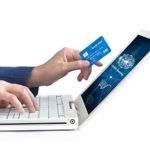 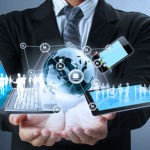 Insurance, the next digital sector in the Internet age