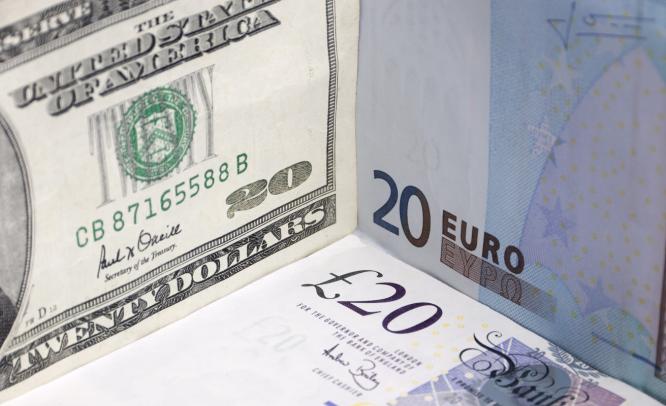 In continental Europe, interest rates tend to swing with their US and UK counterparts only up to 2013

Interest rates tend to move together. In Figure 1, we report interest rates on Treasury bonds of five-year maturity for the Eurozone member states that have the best ratings, and for the US, the UK, and France. It is striking for US and UK interest rates throughout the last decade.

In continental Europe, interest rates tend to swing with their US and UK counterparts only up to 2013. Diebold et al. (2008) show that the yield curves of the US, Japan, Germany, and the UK move together. In addition, the level and slopes of each country’s yield curve is highly correlated with a global level and a global slope of interest rates. The importance of international co-movements between interest rates is confirmed by Pegoraro et al. (2014). These stylised facts on interest rates may reflect both international arbitrage by investors and a high degree of real (Kose et al. 2003) and nominal (Ciccarelli and Mojon 2010, Ferroni and Mojon 2014) international co-movements in business cycles.

The common wisdom is that US rates lead and Eurozone rates follow the movement. However, the picture has changed since 2014, when the ECB expanded its unconventional monetary policy.

After the election of Donald Trump, the spillover of the sharp increase in US interest rates has been very limited on the Eurozone. This is true both in nominal terms as well as for ex ante real interest rates. Indeed, long-term inflation expectations, as measured by surveys of professional forecasters, have remained very stable over the last 10 years.

From the month prior to the US election on November 8, 2016 to January 2017, the interest rates on US five-year treasury bonds have increased by about 70 basis points. This is mainly because investors expect both economic growth and inflation to accelerate if the new administration cuts taxes, boosts investment, and even raises tariffs on imports. Meanwhile, Eurozone five-year interest rates have increased only by 20 basis points. Since mid-January French rates have increased above Eurozone AAA as they frequently do before important elections.

By contrast, during the ‘Taper Tantrum’ (from April to June 2013), when US Treasury yields surged because investors believed that the Federal Reserve would soon raise policy rates, a comparable increase (of about 70 basis points) in five-year US interest rates coincided with an increase of 45 basis points in the five-year French rate.

Short- to medium-term interest rates are mostly influenced by monetary policy. They mainly reflect expectations of future monetary policy decisions. The significant decoupling of Eurozone rates from its US counterparts, which started in 2014, has been striking, especially when compared to the absence of decoupling for the UK (except very recently). Through its monetary policy actions, the ECB has managed to largely shield Eurozone financial conditions from the forces that determine US and global financial conditions.

In December 2016, the Federal Reserve raised its policy rate and is expected to raise it further in 2017. By contrast, ECB non-conventional measures are still in place and investors expect Eurozone interest rates to stay much lower than their US counterpart for several quarters.

The stance of the ECB’s monetary policy is the most likely reason why Eurozone rates of up to five years’ maturity have been decoupling from their US counterpart.

Longer-term recoupling when the monetary policy impact fades away

As seen in Figure 2, interest rates at longer maturities (five to 10 years), which we measure by forward (five years in five years) interest rates have kept swinging together throughout the last decade. There are some differences here and there. For instance, the French forward rate increased above the US rate during the Eurozone sovereign crisis in 2011-2012, fell below in 2014, and then rebounded at the end of 2016. However, variations in forward rates have remained remarkably parallel across the Atlantic, including after the election of Trump. The same forces seem to move US, UK, and Eurozone interest rates up and down. At such long horizons, interest rates are likely to reflect common real factors, such as oil prices, or longer-term ones, such as shifts in productivity trends, rather than domestic monetary policies.

Sources: Bloomberg and ECB
Note: 5Y-5Y forward interest rates reflect the market perception of the 5-year maturity interest rate that will prevail 5 years from now. For instance, in January 2022, the French treasury should be able to borrow at about 2% and the US treasury at about 3%.

How does the ECB’s monetary policy contribute to decoupling?

The ECB’s non-conventional monetary policy is currently based on three main instruments: forward guidance, asset purchases, and long-term liquidity provisions (Targeted Long Term Refinancing Operations, or TLTROs). First, through forward guidance, the ECB commits its key policy interest rate “to remain at present or lower levels for an extended period of time, and well past the horizon of [its] net asset purchases”.

Second, through the asset purchase programme (commonly called quantitative easing), the Eurosystem buys government bonds, thereby pushing interest rates down at different maturities. The programme was announced in January 2015 and is intended to last until at least the end of 2017.

Third, since June 2014, the ECB TLTRO has offered liquidity to banks at a four-year horizon. The final operation will take place in March 2017. For banks that meet the criterion, the interest rate can be as low at -0.4% for a funding instrument that they will pay back as late as March 2021.

Those three instruments reinforce each other and work efficiently to keep Eurozone nominal interest rates low (or negative) for horizons of several years. Thus, monetary policy is powerful and effective in setting monetary conditions that are adapted to the Eurozone situation. These exceptionally low rates facilitate deleveraging while stimulating investments. They reduce the interest bill of member states and hence taxes. As shown in Banque de France (2016) and in Andrade et al. (2016), the sequence of non-conventional measures undertaken since June 2014 steer up inflation expectations, stimulate credit, foster the recovery of the Eurozone and help the sustained adjustment in the path of inflation closer to 2% than has been the case since 2013.

Thus, the reinforced decoupling between US and Eurozone nominal interest rates up to five years, following the election of Trump, provides some evidence of the ECB’s ability to pursue a policy fully tailored to internal macroeconomic conditions and not unduly sensitive to external influences and spillovers. By that standard, the non-conventional monetary policy put in place by the ECB has confirmed and strengthened the monetary sovereignty of the Eurozone. 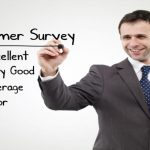 Conflicting expectations when it comes to communication from banks 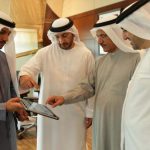