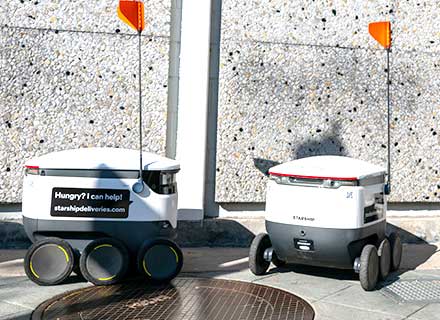 A sizable chocolate bar has just been removed by Cristiane Bonifacio from the robot that has rolled up outside her house. While Bonifacio has quickly returned indoors for a Zoom business call, she has just enough time to voice her admiration for the robot delivery service that sends these machines hustling along the sidewalks in her neighborhood.

In regards to this, she says that she loves robots as sometimes one can find the one which gets stuck so one can help it and the robot replies back ‘Thank You’.

Starship Technologies’ robot delivery service was introduced in Milton Keynes four years ago and has since been slowly growing, with new towns being added just last month.

Amber Case is an expert on how technology affects daily living and the interaction between humans and robots who lives in Oregon. Robots are a common form of technology that is used to attack us in movies. However, we use the delivery robots that are waiting for us.

She believes that instances in which a robot runs into a barrier and needs assistance from bystanders as an essential component of the human-robot connection. If technology requires our help, it can be cute. We appreciate robots that occasionally need our assistance because it fosters a relationship between us.

They are battery-operated, called and opened by an app, furnished with speakers and pedestrian-detection sensors. This enables a human operator operating from a distance to interact with persons caught on the vehicle’s cameras.

However, she claims that this technological armament is not being used properly. She believes that they are automating the incorrect portion of the process. Humans are very skilled at navigating difficult terrain and locating a specific home.

Despite these concerns, she admits that the Starship Technologies crew approached it correctly, knowing how to make sure it was adorable rather than threatening. They appear to give the design more thought than some robot manufacturers, and a well-designed robot has a higher chance of success.

The public likes the Starship robot’s design element. According to Victoria Butterworth, one of the reasons she moved to Milton Keynes was because of the robots.

Of course, there were many other reasons to relocate here, she continues, but her dachshund’s disc dislocation needs continual attention, which is when the robots started to play a significant role in her life.

She was able to take care of the dog thanks to the robots without having to go shopping. When the dog was sick, they were a true blessing.

She concludes by saying, human-robot relationships which can be seen emerging in Milton Keynes have vanished the stereotype of a menacing robot. 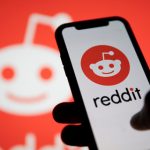 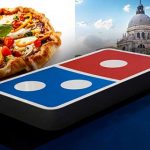 Domino’s fails to conquer the home of pizza