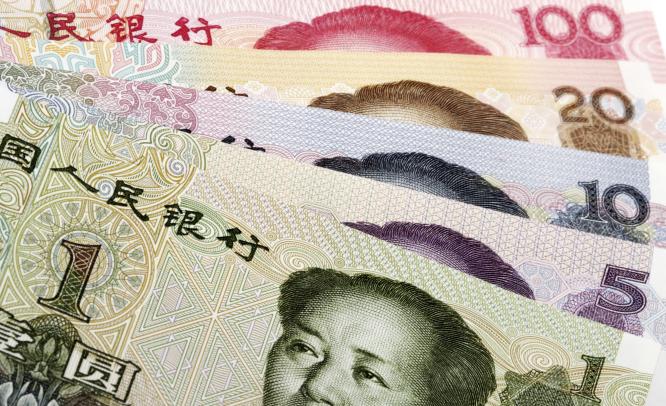 August 14, 2015: The People’s Bank of China devalued the Chinese yuan overnight by almost 2% and announced a significant liberalisation of the yuan’s exchange rate regime, a move that has roiled currency and asset markets globally. As of this writing, some 12 hours after the announcement, the more freely floating offshore yuan fell another one per cent farther than the onshore yuan’s 1.9%, and is down almost 3% from the previous day, suggesting that the market is pricing in additional weakness in the onshore yuan to come. (The PBOC doubled the width of the trading “band” in March, 2014 to 2%, but that fluctuation was only allowed within a declared range of 6.01 to 6.26 in the USDCNY exchange rate. In practice, the exchange rate hardly ever moved more than a tiny fraction of this amount on any given day, as the PBOC clearly wanted orderly movements. The size of this devaluation announcement is obviously calibrated to the size of the previous band.)

The devaluation was accompanied with profound changes to the methodology that determines the daily fix, such that it is theoretically the market-determined daily fix that determines the next day’s permissible fluctuation of +/- 2% around that fix. In theory, therefore, this is a freely floating exchange rate with a volatility band. But how this will work in practice may be entirely different, as we’ll have to see just how freely the PBOC will allow the exchange rate to fluctuate from hour to hour and day to day.

But as the PBOC will want to maintain credibility and stay true to its word for at least a time that this is a “one time” move, we should see no further step-wise devaluations and should also see more intraday trading activity and volatility than we have been accustomed to in recent years. And likely, due to the yuan’s traditional crawling peg regime to the US dollar, it could theoretically allow the yuan to weaken considerably from what are extremely overvalued levels relative to other Asian currencies from the last year and more of tracking the strong US dollar higher. In other words, all signs point south for the yuan and the PBOC has given it the green light to fall. But how fast will China allow its currency to devalue?

Signs abound that significant pressure has long been building for a yuan devaluation as China has lost hundreds of billions of dollars in capital outflows during the last year of yuan strength, some of it possibly in expectation of what has now come to pass.

The PBOC devaluation move begs several questions, among the most important: Why? Why now? And most importantly, what will this mean for markets and the global economy going forward?

There are two reasons China has made this move besides the exaggerated strength from following the strong USD over the last couple of years. The first is that China has long been engaged in liberalising its exchange rate policy with the aim of widening the use of the yuan in global financial transactions with trading partners. China sees inclusion of the yuan in the IMF’s Special Drawing Rights (SDR) as keystone in this process for further progress toward a wider use of the yuan and the accompanying financial and political power this would bring. The IMF will take a decision on whether the yuan should be included in the SDR later this year as it conducts a five-year review of the SDR currency basket. The IMF has raised the lack of market-determined fluctuations as at least one key objection in the yuan’s inclusion. In addition, exchange rate liberalisation would help China deepen its capital markets and attract foreign capital flows to help finance China’s enormous debt-financing needs at all levels, private and sovereign.

The less positive or pro-active reason for China’s move to devalue the yuan at this time is that China’s economy is clearly suffering a bout of weakness and after a period of aggravated currency strength, China now wants a piece of the action in the global currency wars that have seen serial devaluations around the world since the global financial crisis. That process started with the US Fed after the global financial crisis, moved to the Bank of Japan with the coming of Abenomics in late 2013 and then shifted to Europe with the anticipation of the ECB’s QE programme in late 2014 that became a reality in March. The latest July trade data from China suggests export demand has gone over a cliff and a weaker currency may help ease the pressure on the export sector and ease domestic deflationary pressures to boot.

In the longer run, China’s gambit to see the yuan in the SDR basket is the effort to make the yuan one of the world’s major reserve currencies. In that regard, there is no doubt that China has looked on in envy at how the US dollar’s reserve currency status since World War II allows the US to run massive external deficits and finance huge public and private debt levels. This policy will help China, in theory, import global savings to finance its debt and export a wave of deflationary pressures.

The initial market reaction to the PBOC move was one of caution – a “risk off” move, in market parlance, as the market’s first instinct when needing to digest important new information is often to unwind existing positions. From here, the ongoing implications will depend on the degree to which the yuan is allowed to fluctuate, and especially, if the move is persistent and large in the direction of yuan weakness. That could trigger a wave of deflation washing over the world, with the obvious implications for central bank policy everywhere.

That may be why the US dollar, for example, traded a bit weaker after initially rallying on the news – who wants dollars if the Fed never hikes, the thinking may go. But any USD weakening on this may prove a brief hiccup if the PBOC manages future yuan weakness as slowly as it allowed the currency to strengthen from 2010 to 2013 and the US economy shows continued signs of strength. Even a far more rapid 5% additional yuan devaluation over the next few months would see USDCNY around 6.65 by year end.

For perspective, that’s how much the New Zealand dollar weakened against the US dollar just in May of this year. It would take 10% or more and over a short time period to make real waves and possibly send the USD lower on the fear that this will disrupt the Fed’s attempt at policy normalisation and send equities lower worldwide on deflationary fears.

The Pollyanna’s will say that this move to create at least the theoretical framework for a floating exchange rate is a positive step forward in China’s longer term move to become a fully functioning member of the international financial community. The Cassandras will retort that this move could unleash mayhem and the next and more vicious stage of the global currency wars. Maybe both are right at the same time? 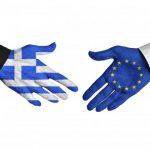 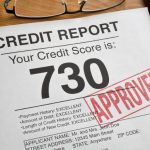 Your financial past can hurt your job prospects