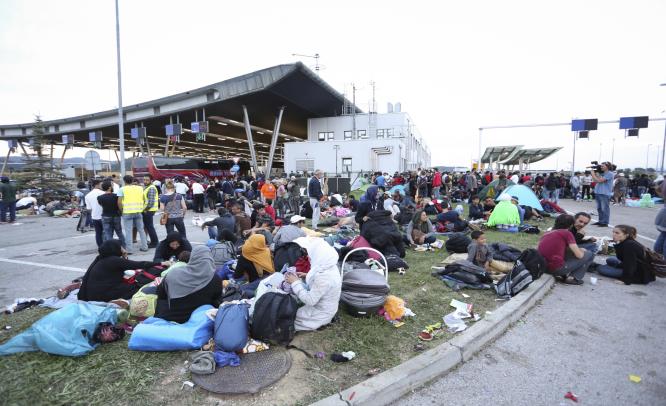 Challenging political landscape, persistent high unemployment and a weak euro are a few of the challenges Suparna Goswami Bhattacharya February 2, 2016: Europe had been in the news in 2015, not every time for the right reasons though. Grexit, the Volkswagen scandal, migration crisis, Paris attacks were some of the low points which made economists and investors wonder whether or not to pin their hopes...

Challenging political landscape, persistent high unemployment and a weak euro are a few of the challenges

February 2, 2016: Europe had been in the news in 2015, not every time for the right reasons though. Grexit, the Volkswagen scandal, migration crisis, Paris attacks were some of the low points which made economists and investors wonder whether or not to pin their hopes on this continent for 2016.

Though shakiness in the world economy, oil price slump, China’s slow growth did contribute to the sombre mood, not much improvement in the scenario is expected.

Angela Bouzanis, senior economist at FocusEconomics, believes that Europe’s recovery will continue in 2016. “We see Eurozone economy expanding 1.6%, slightly above what we predicted in 2015 (1.5%), amid solid domestic demand and continuation of an accommodative monetary policy,” she says.

Dan Kemp, Chief Investment Officer, EMEA, Morningstar, an investment research and management firm, says that while looking at Europe one needs to separate economic outlook from that of capital markets. “In economic terms, there is clear strength in business and consumer survey data and increased support from domestic demand. These indicate underlying trends remain robust,” says Kemp. However, in capital market terms, much of the good economic news appears to have been already priced into European equities and, consequently, most equity markets look expensive. “The risks appear to be on downside. Opportunities stem mainly from the structure of their capital markets, like their exposure to energy companies,” he said.

Though energy companies have been a drag on returns, the fact is that they are now materially underpriced and, therefore, represent an attractive long-term investment opportunity. “As we create our expected returns at a country and regional level from the bottom up, the value we perceive in these stocks is having a positive impact on our expected returns for those countries with significant exposure to energy companies,” he says.

However, a number of challenges remain, namely the political landscape, persistent high unemployment and very low inflation expectations. In addition, while a weak euro is conducive to export growth, external conditions are not. The emerging market slowdown, particularly in China, and overall pattern of slowing global trade will weigh on growth prospects this year.

Satyajit Das, a former banker and author of Age of Stagnation (published as A Banquet of Consequences in UK, Europe, Australia and NZ), says, “One has to understand that Europe’s tentative recovery was driven by negative short term rates, massive QE, a weaker euro (driven in part by these policies) and low oil prices. But the continent has a deteriorating outlook.”

For instance, German exports to emerging markets are slowing. Exports in August 2015 for Germany were 5.2 per cent lower than July, the sharpest monthly fall since the financial crisis, according to the national statistics office. Germany, which happens to be Europe’s biggest exporter, sends 6.5% of its exports to China, which has been experiencing a slowdown.

“Additionally, the Volkswagen emissions scandal has brought into question much vaunted European technical prowess. European debt problems remain unresolved. In the aftermath of the attacks in Paris, the French government has announced that they will not abide by deficit and debt limits. Italy refuses to bring public finances under control, despite a worsening debt-to-GDP ratio,” says Das.

As far as Greece is concerned, it is likely to be in spotlight this year as well. “Our panel sees Greece’s economy worsening this year, as tough economic reforms and austerity measures are expected to dampen private consumption and stifle the recovery. High unemployment, tax increases and pension reductions will likely push the economy to a 0.7% fall this year,” says Bouzanis

To be honest, Greece’s situation remains in flux. While the current government has been largely compliant with last summer’s bailout agreement, a number of key and controversial reforms still need to be passed. “The government holds a slim three-seat majority and political stability (or willingness to comply with creditor demands) is far from guaranteed. In addition, in the long-run, there is a large risk that this bailout could suffer from the same obstacles as its predecessor: foot-dragging on reforms, poorer than expected economic growth or political upheavals and the question of request of debt relief is yet to be answered,” adds Bouzanis.

Das echoes these views. “The government will find it difficult to meet bailout conditions raising the issue of default, Grexit or both, amidst growing reluctance for further support,” he says.

Greece apart, Portugal too has nothing positive to offer. Its new government, an uneasy coalition of foes, has sworn allegiance to the EU and the euro but is seeking major concessions. “With the highest total debt-to-GDP in the EU, a Portuguese debt restructuring, explicit or de facto, is not unimaginable,” Das says.

Adding to all these woes is Europe’s refugee crisis. “The current refugee situation in Europe is incredibly complex.  However, it is worth noting that the productive capacity of Europe has increased through the influx of a large number of additional workers,” says Kemp. The key challenge faced by governments is how to quickly integrate these new arrivals and manage the additional strain on the social infrastructure of the countries they settle in.

Das says that though Europe’s refugee crisis may boost economic activity but it is expensive, at around €10,000 per refugee per year initially, putting pressure on weak finances. “It has also highlighted deep divisions within the EU. Serious opposition to immigration and free movement of people required by the Schengen treaty has emerged.” 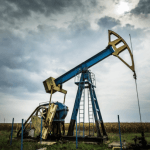 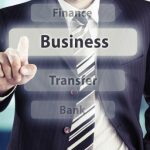