Amazon and WISE partner to launch Women in Innovation, which seeks to illuminate ‘untold’ female contribution, in STEM fields in the UK

For a larger majority of tech companies, innovation is everything. But the deep-rooted mental faculty toward men and women—a perceived biological bias—might control task progression in math and science professions. Oddly, the paradox involving apparently valid reasoning for women to seek science, technology, engineering, and math—or STEM, as it’s abbreviated, and the dramatic imbalances dissolving the gender fight is found to be a common phenomenon.

To counterfeit the issue for women in STEM professions, in almost all the countries, companies have to mint enterprising formulas that empower women, who are, in turn, willing to empower them.

At Amazon, as at many tech companies, wants to enrich work opportunities among women, who always envision following their passion, regardless of the numerical implications drawn by labour economists. Generally, there is a sense that men intrinsically become good leaders, while women remain at the peripheral. The ability to neutralise the matter has only asserted an approach, indirect, yet discreet: most universities or research organisations try to distance themselves from gender complexities by increasing “the number of women, and they think that that’s somehow going to solve all the problems,” said Stanford professor Londa Schiebinger, on The New Yorker.

Truth be told, it does not resolve the unrestrained control by men over women—and the gray areas of discrimination persistent in STEM roles. Ergo, Amazon has partnered with WISE for a campaign that will posit gender balance in the UK innovation landscape. This means, in harmony both companies will “design a roadmap” to uplift “female representation” in STEM fields.

Women in Innovation mainly “focuses on identifying the barriers to increasing the representation of women in innovation roles,” Day One, the Amazon blog said. Fiona McDonnell, Director, Consumer Retail, Amazon, believes: “It’s clear that greater diversity in the workplace positively impacts output, business performance and profitability. By delivering greater diversity, we can unlock a huge untapped potential and ensure the UK becomes the number one destination for innovation. We would like the report to create a roadmap to securing more women in innovation-focused roles by identifying some practical actions.”

Despite this futuristic approach to establishing a more conducive work environment, the quantitative insights from WISE divulge numbers that signify no equal footing with men: there are more than 860,000 women in the UK STEM fields, and still—women only represent 15% of STEM management roles in the country.

This is not to say, women are disinterested because of their low personal involvement, or anything like that. In fact, their contribution in the UK innovation is “largely untold.” “We’re doing this project to discover the modern-day Marie Curies and use their stories to inspire girls to follow in their footsteps,” Helen Wollaston, WISE chief executive said.

The campaign aims to identify key drivers by posturing women in STEM professions:

But it is also salient to remember that working toward demonstrating a diverse organisation is a challenge. The World Economic Forum predicts: “At current rates of progress, it may take another 217 years to close the economic gender gap globally.”

For example: the UK workforce in STEM professions suffer from skills gap between both men and women—and it is more likely to be distinct among young girls. The association to this predetermined challenge, will suggest cause and effect, of course with discretion.

“Although many countries are ideally poised to maximise women’s economic potential, they are currently failing to reap the returns from their investment in female education. In addition, too few countries are preparing to meet the challenges and harness the gender parity opportunities posed by the changing nature of work,” World Economic Forum said. For this purpose, Amazon Women in Innovation Bursary, and AWS re:Start, was launched to expose young adults, military veterans and their spouses to advanced technologies including cloud computing. 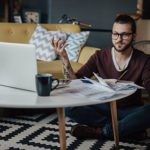 The Holy Grail of Millennial Finances