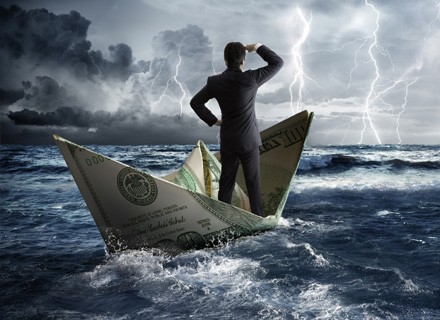 Recessions are a natural, unavoidable stage of the economic cycle that invariably bring hardship to individuals who lose their jobs or businesses

Predicting a global recession means being unique and standing out from the crowd. Today, those who predicted that the global economy would avoid a recession are now sticking their neck out. The Federal Reserve of the United States has increased interest rates, spearheading a general movement to tighten monetary policy.

Europe is short of natural gas because of falling supplies from Russia. Chinese growth has slowed sharply as a result of the lockdowns that stem from its zero-COVID policy, and also concerns over its unstable real estate market are growing.

The atmosphere is so gloomy that many investors are wondering if a recession has actually begun. Answering the question is challenging. With regard to economic metrics, the epidemic has caused chaos. Consumer confidence has declined due to inflation, but when questioned about their own financial situation as opposed to the overall economy, consumers are significantly more upbeat. The poor US GDP estimates do not match up with other output measurements or employers’ expanding payrolls.

Manufacturing surveys show their lowest performance since the pandemic’s early days, although this could be because consumers are still readjusting their purchasing patterns following the pandemic’s worst period (there is less buying of home-gym equipment, but more queuing in airports). Even China’s slowdown could help Europe narrowly, by reducing global demand for liquefied natural gas.

Regardless of whether economies are already shrinking, it is hard to see how they can avoid recession in 2023 as monetary tightening bites and Europe heads into a bleak winter. The silver lining is that both higher interest rates and the energy shock will bring gains that should strengthen the world economy in the long run.

Some recessions feed on themselves as indebted households cut their spending or default cascade through a fragile financial system. With a few exceptions, such as Canada’s frothy housing market, today’s big economies suffer from few such vulnerabilities. In fact, households and companies look strong.

The bank balances of the poorest American households are around 70% fatter than they were in 2019. Even the threat of an emerging-market financial crisis—the usual worry when the Fed raises rates—is not what it once was. That is in part because of a switch towards debts denominated in local currencies rather than dollars.

The main global economic fault line is inflation. Thankfully, it is still short in the tooth. The last time the Fed tightened monetary policy so dramatically, in the early 1980s, prices had more than doubled over the previous decade. Today the figure is moderate, because inflation only took off last year.

Though America’s economy has badly overheated, long-term inflation expectations remain modest. The best historical analogy is probably not the prolonged battle with stagflation of the 1970s but the burst in consumer prices that followed the mass disruption of the Second World War.

The downturn that brought that inflation to an end was shallow and left a few scars. A mild recession should squeeze price rises out of the economy this time, too. Already, markets are betting that American prices will rise by about 3.8% over the next year, less than half the current inflation rate.

Elsewhere the main impetus for inflation is soaring global food and energy prices and disrupted supply chains, which are raising the price of imported goods. Some shortages are already easing. Wheat prices are down by nearly 40% from their recent peak in May. Oil prices have also been falling lately. Supply chains are recovering.

Unfortunately, Europe’s gas shortage is getting worse. Though governments are doing their best to shield consumers from the consequences, if rationing becomes necessary, industrial production and hence GDP will fall, perhaps steeply in exposed economies like Germany. Even as output shrinks, inflation will rise further.

Yet in the same way that a downturn should purge the American economy of its inflation problem, Europe could emerge from recession having overcome its complacency about the supply of energy. Policymakers have belatedly realized that a carefully managed shift to clean energy also eases their dependence on autocratic regimes.

Around the world, investment in renewable energy is surging and governments that were previously skeptical about nuclear power—an essential part of a low-carbon energy grid—are reconsidering their opposition to it. Even Japan, which suffered the Fukushima disaster in 2011, is hoping to restart more nuclear reactors. If the world emerges from the coming downturn with inflation under control and on the path to greener, more secure energy supplies, the pain will not have been for anything.

According to Cliff Hodge, chief investment officer for Cornerstone Wealth, recession happening from time to time doesn’t make them desirable, nor does it discredit policies aimed at reducing the length and severity of the downturns. The US Central Bank, the Federal Reserve, conducts monetary policy under a congressional mandate to promote stable prices and maximum employment.

Just as the Fed is likely to raise interest rates when high inflation threatens stable prices, it’s likely to cut them (if there’s room to cut) when a recession causes employment to plummet. Other developed countries also use counter-cyclical monetary and fiscal policy.

“A shallow recession cooling off an overheated economy is unlikely to do lasting damage, and policymakers have learned the hard way they can do little to prevent one. Nor can they end one: that depends on the decisions of every business and individual. Policymakers do use monetary and fiscal policy to support the economy as needed and promote favorable long-term outcomes. They are unlikely to remain idle while a deep downturn throws millions out of work and homes because the economic and personal damage caused can slow growth long after the NBER has deemed the recession over, ” Hodge said.

The US economy grew at rates well below its potential for years following the 2007-2009 recession, slowed by a lower labor force participation rate as some laid-off workers never returned. Here’s why recessions can be so costly.

Rising unemployment is a recession staple. As demand declines and orders drop, companies respond by cutting costs, and labor is by far the biggest expense for many. Those layoffs, in turn, further sap demand, extending a downward spiral in economic sentiment and output. This dynamic ensures that employment declines rapidly in a recession, then gradually recovers during the subsequent expansion.

People who lose jobs during recessions, especially deep ones, are more likely to become long-term unemployed and find it more difficult to re-enter the labor market later. Among workers displaced during the Great Recession, only 35% to 40% were employed full-time by January 2010. Re-employment rates remained unusually low for workers who lost their jobs as late as 2013.

Recessions are bad for capital as well as labor. Corporate profits drop as sagging demand and severance drive up unit costs. Overly indebted companies may default on their debt, driving up borrowing costs or causing credit to evaporate entirely for others in similar straits.

Publicly listed companies are not immune, and stock market prices tend to decline well in advance of the recession as investors price in the increased risk. The decline in financial asset prices can, in turn, reverse the wealth effect, further undermining consumer spending and balance sheets.

A recession resulting from an economic imbalance may rectify it, clearing the way for a return to growth. For example, the 1981-1982 recession, which was triggered by Federal Reserve interest rate increases in response to high inflation, helped to lower the inflation rate from 11% in June 1979 to 5% by October 1982, and the US economy grew for the next eight years.

Similarly, a recession can end the misallocation of investment capital, whether fueled by a housing bubble or a dot-com one. By driving down asset prices, recessions can also provide opportunities for attractive returns for investors willing to take the long view.

Recessions are a natural, unavoidable stage of the economic cycle that invariably brings hardship to individuals who lose their jobs or businesses. Even if they do pop bubbles and offer some investors’ attractive buying opportunities, their silver linings aren’t so nice that you would want to stand under that storm cloud and get soaked for any longer than is absolutely necessary. 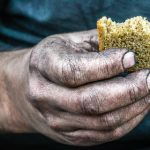 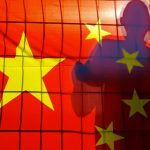 How US plans to take on Chinese economy