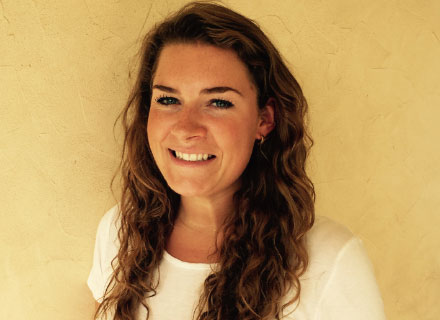 70% of the GCC’s population, mostly low-income expat workers, do not have a bank account – NOW Money wants to change that

According to the founder of NOW Money, Katharine Budd, 70 percent of the GCC region’s population does not have a bank account. At the same time, she says smartphone penetration in the region is as high as 98 percent. Katharine, who was working in data analytics related to credit cards in the UAE saw a business opportunity in providing banking services to the low-income workers of the region who typically come from South Asia, Southeast Asia, and Africa.

Through its app, NOW Money provides access to competitive exchange rates for low income expat workers with broader access to the financial system through a debit card including in-store and online purchases as well as ATM withdrawals. NOW Money has entered into partnerships with established exchange houses and banks to provide a forex remittance marketplace. The Dubai fintech startup makes money by taking a cut from the other service providers on its platform. While awareness of the importance of fintechs to the financial services ecosystem is increasing in the GCC region, getting the required regulatory approvals and establishing partnerships with incumbent financial services providers, which are essential to the success of fintechs remain a challenge.

NOW Money took four years from ideation to launch in Dubai. It took tremendous tenacity and perseverance on the part of founders Katharine Budd and Ian Dillon to bring the product to market, especially as the founders claim that 10 other fintech startups in the region that tried to provide similar products simply folded up. NOW Money is also one of the rare GCC fintech startups to raise funding from US and UK venture capital funds – its backers include Accion Venture Lab and Newid Capital.

In between, NOW Money has been able to introduce innovations like its unique online user-led KYC process, In an exclusive interview with International Finance, NOW Money co-founder Katharine Budd speaks about the challenges of building a fintech startup in the GCC region, the implications of a Dubai fintech startup raising funding from specialised western VCs, and the expansion plans of NOW Money.

International Finance: Since you started working on the idea of NOW Money to the launch in 2019, it took you four years. What were the challenges you faced over these four years in launching the digital bank and how did you overcome the challenges?

Katharine Budd: The biggest challenge for anybody seeking to do something new in payments, particularly in an emerging market, is that it’s also new from a regulatory perspective. So there is not much guidance – for example on what licence we needed, and what permissions from the UAE Central Bank we needed to obtain. It also took a long time to fill the network of partners that we needed to fulfil to provide services to our customers. If you need to build a consumer finance product, you need to be working with banks, Mastercard, the regulators, and even hardware producers because you have a hardware product, a card, and a mobile app.

All these need substantial capital to finance. We have raised three rounds of funding. When we first raised funding, again because what we were doing was very new, there were doubts as to whether low-income people could even read, let alone carry a smartphone and use the NOW Money app – even though the Gulf is an extremely well-penetrated smartphone market in the Gulf – 98 percent of the population have a smartphone. It took investors who were not familiar to the Middle East market a lot of convincing to understand that people in our target market would actually be competent in using a smartphone app and be able to send money from one.

Getting a bank account has always been a challenge for startups in the UAE. Do you see any positive moves by the banking industry or the government to change this situation?

The UAE has put a lot of effort and resource into stimulating startup economy lately. A substantial proportion of jobs and income of the people in the country come from the SMEs.

Even in other nations in the region like Saudi Arabia or Qatar that have been traditionally reliant on oil, governments are looking to diversify and startups and SMEs are an obvious way to start doing that. This has driven improvements in the business practices in the region, particularly around licencing, but unfortunately that doesn’t necessarily mean banks have changed their approach.

For a bank, if they want to take in a new business as a corporate client, there is a laborious process around the know your customer (KYC) or know your business (KYB) processes. A bank has to spend a significant amount of money screening a business to make sure that it is safe to work with and to ensure that all the shareholders are people who have KYC documents. Then they need to ensure that the business is going to be profitable for the bank, so they must check that the account holders are going to keep money in the account, and that the business is going to make money quickly enough. It’s very difficult for a bank to do that for a startup that has no history whatsoever.

There might be one shareholder who is the person setting up the company or there may be a number of outside investors who are difficult to screen. It is thus very difficult for a bank to take a business as a customer without knowing whether it is going to pay back after the compliance and diligence work performed in the beginning. There is a significant cost to hosting a bank account, particularly one that may not generate revenue for two or three years. Banks are commercial operations and it is difficult for them to take a punt on a startup like a venture capital partner may do.

NOW Money has introduced a new system for customer KYC, which is automated. Could you please tell us more about this KYC system and its advantages and challenges?

We screen customers in our backend when they register on the NOW Money app. The customer uses their own smartphone to scan their  passport, national ID card, residence documents, and take their selfie video. The images are cross referenced to ensure that they are the same person and we check them against the UAE database here as well.  We have a thorough checking at the backend before we give anybody a NOW Money account and card.

Venture capitalists (VCs) in the Dubai are typically reluctant to invest in early and growth stage startups, but you have secured investments from two MENA VCs. Could you please tell us more about your interactions with the two MENA VCs and how they became interested in Now Money?

We are not in a market like the US. The Middle East is not a common market and there are individual restrictions within each country, which might make it hard for startups to expand and for VCs to have confidence that they can scale. This limits the number of attractive deals on offer; meaning Middle East VCs need to operate with a generalist approach, whereas bigger markets like the US or UK have enough opportunities that VCs can become specialist fintech or edtech investors, and develop acutely sophisticated methods for evaluating those opportunities. Middle Eastern VCs don’t have that luxury; they have to evaluate everything.

Most investors are aware the biggest potential hurdle to fintech is regulation. VCs are always looking for the only gaps in a startup that they can help to fill — scaling, marketing, or the user experience design of the product.  A generalist venture capital fund unfamiliar with fintech is unlikely to have expertise with  financial technology regulation. This makes investing in a fintech even more of a ‘punt’ than your average investment, so there is a natural degree of risk averseness.

NOW Money was able to raise from fintech specific funds in the US and the UK. We believe this helped give Middle East investors comfort. Having a live working product also makes a huge difference to this, as it demonstrates you have been able to surmount the regulation and will again.

Now Money also received funding from two western VCs. It is rare for western VCs to fund MENA startups. What are the implications of Accion and Newid’s investments in Now Money for GCC fintech startups?

When reputable US funds or UK funds invest in MENA startups it tends to build confidence and attraction in the market both locally and internationally. I think that’s exactly what we are seeing with NOW Money. That is what entrepreneurs and governments in the region want. Although we want our local investors to invest, we also want new investors from abroad to be interested in the region and demonstrate that the UAE and particularly Saudi Arabia, with the changes that are taking place, are great places for international investment.

On the one hand these are emerging markets, on the other, these are some of the most advanced markets in the world if you look at things like smartphone penetration, internet accessibility, and how the local population is consuming digital products. We are at tipping point and it is the right time for global investors to start investing in the region.

Essentially the market that NOW Money is addressing – the low-income workers – do a lot of transactions in cash. Considering this, how is a salary account that allows just two free ATM withdrawals a month workable?

NOW Money’s offering is digital – not a cash-based product. Although all our account holders receive a physical Mastercard card they can use at an ATM, we are very much a digital product and more akin to overseas digital banks such as Monzo and Starling, than a mere salary account.

Using the NOW Money app, users can make remittances overseas directly from the app, pay bills locally or internationally, get paid in real time, purchase phone credit – we are always adding more features. We monetise via commissions from our suppliers of these services. If users are just pulling out cash, they are not likely getting the benefits of NOW Money.

What are your expansion plans?

In terms of expansion, we are Gulf-focused for the time being. UAE, Saudi Arabia, Oman, Bahrain, and Kuwait are where our focus is and we have great demand from those countries.

As I mentioned earlier, it is not a common market and we have to get through the regulations and the approvals and we need partners in each market. However, I think all our markets are significantly more welcoming of fintech startups than they were a few years ago. Governments now appreciate fintech innovation as an opportunity. Earlier, nobody knew what fintech or digital banking was; now it is a hot topic. 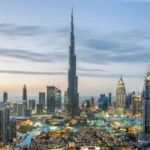 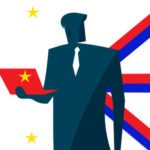 China embraced wealthtech; why hasn’t the UK done so?