There appears to be an elaborate plan to launder money in countries like Kenya and Uganda, but US officials have gotten a whiff of these scams and have issued ultimatums to these nations’ leading financial bodies to either clean up their act or face dire consequences

Kenya Commercial Bank (KCB), East Africa’s biggest lender by asset base and most profitable has been linked to money laundering on behalf of corrupt government officials in South Sudan, including senior military leaders sanctioned by the United Nations in the wake of the civil war which erupted in December 2013.
Also thought to be culpable includes the local Stanbic Bank which is member of the Standard Bank Group, based in Johannesburg, South Africa.
Predictably the two lenders have to date denied involvement in the fishy business.
On its part KCB ‘s Group CEO, Joshua Oigara said the lender being a regulated entity deployed global standards and had no proclivity to engage in money laundering in all the countries of its operations including Burundi, Kenya, Rwanda Tanzania , Uganda and South Sudan.
“KCB South Sudan continues to work closely with the Government of South Sudan and the Bank of South Sudan with regards to resolutions on UN Security Council Sanction List 2206,”Oigara said in a press release.
According to data from the Central Bank of Kenya (CBK), the monetary authority of Kenya, East Africa’s biggest economy, nine local banks had subsidiaries within the East Africa Community (EAC), which draws in six countries including, Burundi, Kenya, Rwanda, South Sudan, the United Republic of Tanzania, and the Republic of Uganda, with its headquarters in Arusha, Tanzania.
According to the US-based Sentry organization, a two-year investigation into the corruption in South Sudan, money movement and assets locations, found KCB has taken part in abetting money laundering on behalf of the elite in South Sudan. 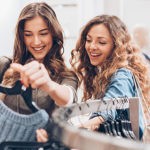 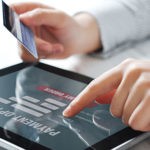 Digitising the banking experience for SMEs