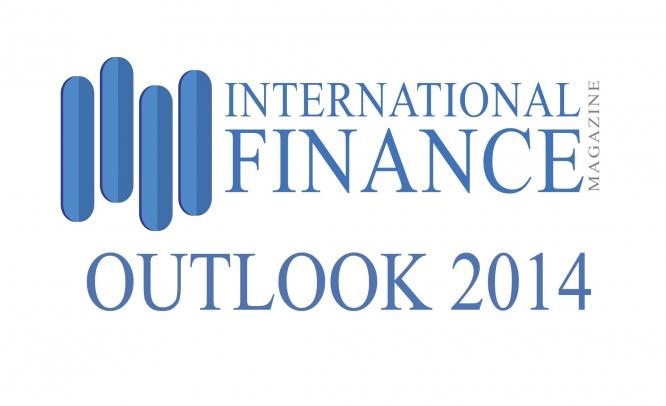 2014 looks good, but read us to stay ahead! January 2014 On behalf of the entire International Finance Magazine team let me first wish all our readers and clients a very happy and prosperous New Year. Welcome to the brave new world of 2014. The past year was tough. According to the International Monetary Fund’s (IMF) latest World Economic Outlook (WEO), the world economy went...

On behalf of the entire International Finance Magazine team let me first wish all our readers and clients a very happy and prosperous New Year.

The past year was tough. According to the International Monetary Fund’s (IMF) latest World Economic Outlook (WEO), the world economy went through quite a bit of stress in 2013 with growth dipping to 2.9 percent from 3.2 percent recorded in 2012.

Given this scenario, what are the prospects for growth this year? Will growth pick up? Will the global economy shift gears and accelerate?

What policy direction can we expect from Janet Yellen, the new chairman of the US Federal Reserve, who is likely to take charge at the end of this month? Will the US economy and the rest of the world be able to absorb the shocks of the expected ‘tapering’ of stimulus?

Is it right to think that the Eurozone will continue to remain on the path of recovery after having come out of recession in 2013?

Can China tackle its debt and other problems?

Are we going to see the other BRICS nations reversing the deceleration in their economies witnessed during the past two years?

And most importantly, is it reasonable to expect that the world’s leaders will at last find ways to overcome the legacies of the 2008 crises that still haunt the global economy?

Apart from these purely economic questions, there are other uncertainties too. The key ones are those that relate to political and social instability in various parts of the world and the issue of climate change. All in all, the questions are many and nobody seems to be in a position to offer answers with any significant degree of certainty.

On the brighter side, however, there seems to be a general consensus within the global community of economists that 2014 will be better.

In some sense this consensus is a bit unusual and surprising given that traditionally, practitioners of the dismal science of economics have always been a rather argumentative lot.

With regard to the growth prospects for 2014, however, even the well-known prophet of doom and gloom “Dr Doom” Nouriel Roubini, the NYU professor who had predicted the credit meltdown and financial tsunami of 2008, seems to be “only a tiny bit gloomy”. As one commentator has put it, “overall, his outlook is much closer to the consensus than usual. In other words, this is probably the most optimistic we’ve seen Roubini in years.”

A comparison between Roubini’s country by country full assessment and what, the IMF in its WEO, 2014, and by way of a random sample, five other experts have had to say regarding the prospects for the global economy for 2014, shows that  the consensus is about three major issues.

First, the US economy is likely to grow at a rate upwards of 2 percent and thanks to the adverse political fallout of the US government shutdown last October, the recurrence of such a crisis during 2014 seems quite unlikely. In fact, US House and Senate lawmakers have already announced that an agreement has been reached on a $1.1 trillion measure to fund the US government through September 30.

Second, the threat of an Eurozone “implosion”, to use Roubini’s colourful language, would be “far more subdued”.

Third, the risk of a “hard landing in China” too is “far more subdued” although concerns still remain regarding how well that country will tackle its looming debt problem and bring about a shift in its growth model from fixed investment toward private consumption; and whether the Chinese government will be able to implement the reforms set out at the Third Plenum of the Communist Party’s Central Committee fast enough to maintain and bolster growth.

Despite this consensus, the risk that these key regions of the global economy poses to any kind of sustained recovery of the world economy remain exactly what it is – a risk. For example, the champion of the discontents of globalisation, Nobel laureate economist Joseph Stigliz has recently opined “We have a global market economy that is not working. We have unmet needs and underutilized resources. The system is not delivering benefits for large segments of our societies. And the prospect of significant improvement in 2014 – or in the foreseeable future – seems unrealistic. At both the national and global levels, political systems seem incapable of introducing the reforms that might create prospects for a brighter future.”

The OECD Secretary General Angel Gurria too in a press conference last November underscored the four major legacies of Great Depression II or what Stiglitz calls the Great Malaise and how these legacies, which in Gurria’s view represent the four cylinders of the engine that drives the global economy, are unable to “get out of first gear”. Gurria also said that “there is very little room to manoeuvre” when it comes to the two main policy tools available to governments – fiscal and monetary policy.  And, therefore, in his view the focus has to be on policy measures that, prima facie, seem much more difficult to implement (please do listen to the video on the press conference mentioned above).

If you care to go through the entire 1 hour long press conference you will surely get the feeling that things are far from normal and there is absolutely no reason to be bullish about the global economic scenario as yet.

Moreover, while most of the other economists mentioned above, including those of the IMF, have somewhat downplayed the kind of adverse impact that “tapering” of quantitative easing in the US will have on the global economy, the OECD has painted a rather scary scenario. And, there is little uncertainty that “tapering” will happen during 2014.

In short, it is quite safe to say that the world economy is definitely not out of the doldrums. In fact, it is quite far from doing so.

For this very reason – that global economic recovery is still fraught with many a risk, especially those stemming from the relative fragility of the positive trends we are now witnessing in these three key regions of US, Eurozone and China – the global financial industry and investors at large would have to keep themselves well informed of all developments that may take place in these regions as also the implications of these developments.

If they don’t, many of their decisions, especially investment decisions, however good they may look otherwise, may turn sour. Keeping one’s antenna up is, therefore, the need of the hour.

In this context, let me inform our readers that their favourite financial magazine – International Finance Magazine (IFM) – will maintain a hawk eye on all developments in these regions as well as the entire global economy throughout the year and will not only report on them but will also get experts to provide insights and in-depth analysis so that readers can always stay ahead of the game.

Apart from the strictly economic parameters that one has to watch out for, there are quite a few other issues that need to be tracked. In fact, for the World Economic Forum, a club of the world’s top leaders and thinkers, the fundamental assumption is that economic growth is ultimately a product of all the factors that enable business to grow and flourish because there can be no growth if business is floundering. Unlike the economists, for them, whether global economic growth will pick up or not is not just a matter of macroeconomic number crunching. It is instead a matter of whether these factors that enable business to flourish are in place or not.

For this reason, the Forum has come out with a publication, Outlook on the Global Agenda 2014, which lists the top 10 global trends and discusses what should be the agenda for world leaders in 2014 either for tackling them or for taking advantage of them. These trends are worth mentioning. They are:

1. Rising societal tensions in the Middle East and North Africa

6. The diminishing confidence in economic policies

7. A lack of values in leadership

8. The expanding middle class in Asia

9. The growing importance of megacities

10. The rapid spread of misinformation online

As can be seen, at least eight of these trends clearly represent problems that can easily go out of hand and disrupt business and economic growth. The ninth trend (No 9 on the list) – the growing importance of megacities – represents both a problem as well as an opportunity as growing urbanisation also means expanding markets. Only the tenth trend (No 8 on the list) – the expanding middle class in Asia – represents an unmitigated opportunity.

To cut a long story short, what all this means is that apart from how the purely economic parameters pan out during the course of the year, a great deal will depend on how global policy makers address each of these 10 trends. For this reason, keeping track of these trends and how policy makers go about dealing with them, will also be of vital importance.

Once again let us assure our readers that the editorial and content team at International Finance Magazine will be on the ball as far as these trends are concerned and we shall try to keep you up to speed on all these issues as best as we can.

For the moment, let me not detain you any further from accessing the rich content we have on offer for you. 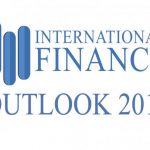 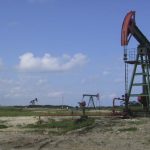