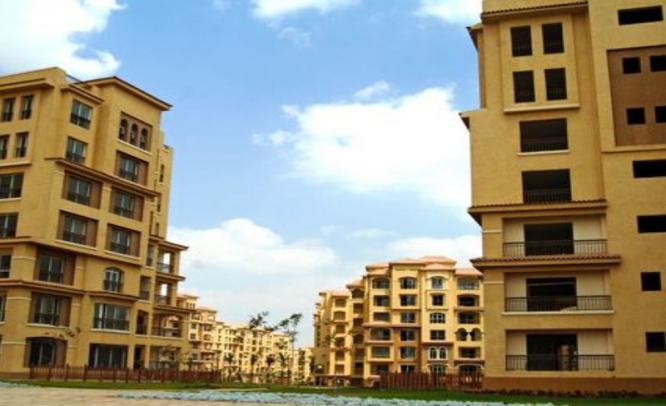 Supporting a Competitive and Sustainable Residential Mortgage Market in Egypt. By, Eman Abd El Hady l World Bank The Egypt Mortgage Finance Project yielded some of the most impressive results Egypt has seen in the financial sector, enabling banks and non-bank lenders in the primary market to offer long-term market-based mortgage loans for residential housing. During 2006 to 2011, market-based mortgage loans increased from Egyptian pounds...

Supporting a Competitive and Sustainable Residential Mortgage Market in Egypt.

The Egypt Mortgage Finance Project yielded some of the most impressive results Egypt has seen in the financial sector, enabling banks and non-bank lenders in the primary market to offer long-term market-based mortgage loans for residential housing. During 2006 to 2011, market-based mortgage loans increased from Egyptian pounds LE 300 million to LE 4.5 billion, while the number of mortgage finance companies expanded from 2 to 12.

Egypt experienced very rapid urbanization until the mid-l980s, fueled by both rural to urban migration and natural population growth. Accommodating the increased urban population growth in such a short period presented major challenges for the government’s housing and urban policies, infrastructure and institutions. The Government of Egypt constructed about 19 new towns and satellite cities, comprising more than 230,000 housing units, but this imposed a heavy burden on the budget, while many of the new urban communities remained sparsely populated.  To help improve access to formal home ownership by low- and middle-income households, the Government of Egypt had provided a selection of subsidies, through a wide range of special programs, many of which involved large government subsidies and imposed a heavy burden on public finances.  These efforts were not only unsustainable, but were satisfying only a small part of the demand and not reaching targeted income groups.

Meanwhile, access to affordable housing and home ownership for most Egyptian households at project appraisal was greatly constrained by an undeveloped housing finance system. The banking sector offered very little formal housing finance to households although a few commercial banks—both state-owned and private—had made a limited amount of loans to homebuyers, mostly as part of their retail activities or as lending to developers, by using collateral other than mortgage pledges. A few developers had also been providing term financing under a system of deferred installment sale contracts, but these did not offer secure or favorable conditions for borrowers, and housing affordability was not improved because loan maturities were too short.

The project’s development objective was for primary lenders in the financial market (both banks and non-bank lenders) to provide longer-term, market-based mortgage loan financing for residential housing. Such financing was scarce, in part, because primary lenders did not have reliable access to sources of term finance on favorable terms that could help them mitigate the associated business and lending risks. The Egyptian Mortgage Refinance Company (EMRC), the liquidity facility, will provide such a source.

Since 2000, the World Bank has provided the government with substantial policy and technical advice on mortgage market development issues in support of their significant efforts to develop the policy, legislative and institutional foundations for a mortgage market. These efforts include providing feedback on the draft Real Estate Finance Law, and its executive regulations, and bringing in the experience of other countries. The Bank also provided advisory services on the main building blocks for a well functioning mortgage market.

The Mortgage Finance Project also brought best practice expertise and world-wide experience in alternative mortgage finance systems to the development of the emerging mortgage market. This project was part of an integrated package of World Bank Group support to develop and improve the performance of the financial sector in Egypt. This included a pragmatic series of development policy loans (DPLs), aiming at reforming the financial sector and improving the institutional infrastructure.  The Bank also responded to the government’s request to serve in a coordinating role for channeling the support of other donors to the financial sector within a common framework.

The reforms implemented by the Mortgage Finance Project have yielded some of the most impressive results Egypt has seen in the financial sector. The project allowed banks and mortgage companies to have access to longer term funding through EMRC, which was established and operational. Access to funding contributed to growth in the volume of the mortgage loan portfolio and helped in improving access and costs of housing finance in Egypt, producing a more inclusive system.

The operation was a partnership between the International Bank for Reconstruction and Development (IBRD) and the International Finance Corporation (IFC). The IBRD provided US$37.1 million for the project.  Total cost of the project was US$209.4 million and included US$29.1 million from the client, US$104.7 million from local sources of the borrowing country, and US$38.5 million from sub-borrowers.  The IFC worked closely with the World Bank in setting-up the EMRC, through 8 percent investment, in addition to providing advisory work and technical assistance aiming at improving the regulatory and legal framework of the mortgage market and in building the capacity of the liquidity facility.

Various donors, development partners, and international institutions have been providing support for the implementation of the government’s Financial Sector Reform Program through the provision of technical assistance, and analytical work on reforming and restructuring the financial sector, as well as developing the mortgage market in Egypt. This collaboration required effective coordination, led by the Bank.  Together with the IFC, the Bank provided technical support across a range of areas, but in particular in defining the business model, operating procedures and risk management framework of the EMRC.  The U.S. Agency for International Development has been actively involved in mortgage market development in Egypt, and has commended the World Bank’s financial sector work, and especially the Mortgage Finance Project.

Donors and development partners continue their efforts to support the financial sector in Egypt, especially through supporting inclusive finance, and low-income housing—a priority of the government in the wake of the revolution.

A number of institutions have benefited from the Mortgage Finance Project, including the EMRC, which benefited from substantial input right from its creation. The Mortgage Finance Authority (MFA) also benefited from substantial inputs into the regulatory framework for mortgages. The creation of the MFA, with support of the Bank, was a key step in creating a secure and strong regulatory environment to protect the interests of lenders and consumers. Underpinning the non-bank financial sector reforms in Egypt was the strengthening of its regulatory and supervisory framework. The unification of regulatory and supervisory objectives under the Egyptian Financial Supervisory Authority (EFSA), coupled with unifying the Auditors Oversight Board to cover all non-bank institutions, enhances the transparency and reliability of financial reporting in the non-banking sector. For the Mortgage Finance Fund (MFF) as part of the project, considerable effort was put into supporting the government’s mechanisms for creating incentives for lenders to reach lower income borrowers. 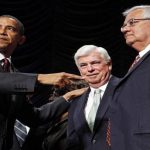 In his homecoming, @Disney CEO #BobIger lists out his priorities > #WaltDisney #CEO Bob Iger has said that one of… https://t.co/tk0OE5vn4h

Reply Retweet Favorite
A fake #Android app is turning victims' phones into SMS relays The app has more than 100,000 downloads on the… https://t.co/HKtQxprNAi