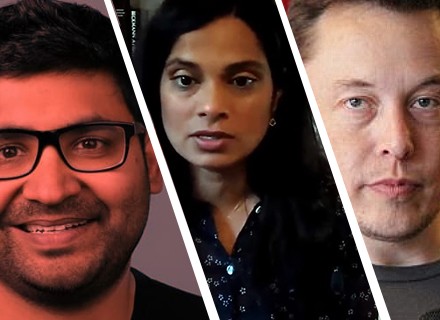 While Elon Musk initially expressed his interest in firing some 75% of the 7500 Twitter staffers, he then backtracked from it

After months of dilly-dallying and lawsuits, Tesla CEO Elon Musk finally completed the $44 billion takeover of the micro-blogging platform Twitter.

While he initially expressed his interest in firing some 75% of the 7500 Twitter staffers, he then backtracked from it. However, immediately after taking the platform over, he fired three top officials, CEO Parag Agarwal, head of legal policy, trust and safety Vijaya Gadde and Chief Financial Officer Ned Segal.

Parag Agarwal and Ned Segal were in Twitter’s San Francisco headquarters when the deal closed and after that, after which both were escorted out.

While Elon Musk has control over the influential social media platform with more than 230 million users, he reportedly visited the company’s headquarters on Wednesday ahead of the deal signing and will speak to the employees again on Friday, amid confusion and low morale within the San Francisco premises over the past few weeks’ developments.

Despite claiming that he has bought the company “to help the humanity” and the “bird is freed”, Musk, the self-professed “free speech absolutist” faces a massive challenge in form of the Twitter’s growing debt, along with activists’ apprehensions about the billionaire’s plans of loosening the content moderation rules ahead of the midterm elections in the United States.

While the company stares at an uncertain future, let’s have a brief look over the profiles of Parag Agarwal and Vijaya Gadde, who clashed with Elon Musk in 2022 May and are now handed the axe.

Parag Agarwal, the 38-year-old Indian-American software engineer, was born in Rajasthan’s Ajmer in 1984. While his father served in the Government of India’s Department of Atomic Energy, his mother taught economics at Mumbai’s Veermata Jijabai Technological Institute.

Parag Agarwal completed his higher secondary education in 2001 at Mumbai’s Atomic Energy Junior College and hit the headlines in the same year by winning a gold medal in the International Physics Olympiad held in Turkey. He completed his BTech from IIT Bombay in 2005 and got admitted to US-based Stanford University to pursue a Ph.D. in computer science. In 2012, he published his doctoral thesis called “Incorporating Uncertainty in Data Management and Integration”.

He held research internships at the research departments of Microsoft and Yahoo before joining Twitter as a software engineer in 2011. In 2017, he became the company’s Chief Technology Officer. His biggest break came in 2019, when the micro-blogging platform’s CEO Jack Dorsey announced that Parag Agarwal will lead “Project Bluesky”, aimed to develop a decentralized social network protocol.

Parag Agarwal replaced Jack Dorsey as the Twitter CEO in 2021, with annual and stock compensations worth $13.5 million. Parag Agrawal’s wife Vineeta is a general partner at the venture capital firm Andreessen Horowitz. He hit headlines again for taking paternity leave as a business CEO.

Parag Agrawal now will get $42 million from the social media firm as compensation, since he has been fired from his post within 12 months of the change of leadership.

In Elon Musk’s leaked chats, the Tesla CEO called the Parag Agarwal-led Twitter management incompetent. He even mocked, berated and questioned Parag Agrawal’s leadership skills as the 38-year-old reportedly went for a Hawaii trip, during the stalemate over the $44 billion acquisition deal. In one such chat with Parag Agrawal, Elon Musk said that joining the Twitter board will be a “waste of time” for him.

Meanwhile, 48-year-old Vijaya Gadde is an American attorney. Her role in Twitter was handling issues like harassment, misinformation, and harmful speech. She took an active role in forming the micro-blogging platform’s policies on such issues. During her reign, Twitter got involved in rows such as suspending the New York Post’s official account for publishing an unfavorable story on Joe Biden’s son Hunter ahead of the 2020 presidential elections.

Before joining Twitter in 2011, she worked at the Silicon Valley law firm Wilson Sonsini Goodrich & Rosati, apart from serving as the senior director in the legal department of technology firm Juniper Networks. As a WSGR official, Gadde worked on the 2006 $4.1 billion McClatchy Co.-Knight Ridder Inc. acquisition.

She got in another row in 2018, while joining the then Twitter CEO Jack Dorsey for meetings in India, where they had outreach activities with prominent Dalit activists. There, the guests gave Jack Dorsey a signboard reading reading “Smash Brahminical Patriarchy,” As the image got viral on Twitter, both Jack Dorsey and Vijaya Gadde faced online heat. She apologised later for it.

In 2019 she convinced Jack Dorsey not to sell political advertisements ahead of the US Presidential Elections. In 2021, she was reportedly involved in the process of suspending the official account of former US President Donald Trump, post the Capitol Riots.

When Elon Musk questioned Twitter policies, he also criticised Vijaya Gadde’s move to ban New York Post on the micro-blogging platform for publishing the Hunter Bidden story. Vijaya Gadde, in return, expressed her reservations over Elon Musk’s Twitter takeover. After being criticised by the Tesla CEO, she received online abuse and racial slurs. While there were concerns over Elon Musk’s comments on Vijaya Gadde may have broken the acquisition agreement terms, he found support from the US right-wingers, who accused the Twitter legal policy head of being an online censorship advocate.

Another top gun to face the axe was Ned Segal, who is Twitter’s Chief Financial Officer. He was leading the company’s finance functions along with Corporate Development and Partnerships at the time of his firing. Unlike Parag Agrawal and Vijaya Gadde, he was not in direct confrontation with Elon Musk, but he stuck with the Twitter leadership during the six-and-a-half-month legal tussle with the Tesla CEO over the micro-blogging platform’s takeover terms. 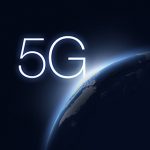 5G technology: All you need to know