Marco Checchi, CEO of Pelliconi, one of the top bottle cap manufacturers in the world, said that the company would continue to supply bottle caps to customers including Coca-Cola, Heineken and Guinness. This comes after Italian media began talking about the threat of winter gas rationing.

Pelliconi increased the production of energy-intensive semi-finished items, invested in solar panels, and commissioned a prototype of a new digital printer for metal sheets that did not use gas ovens. Pelliconi produces 35 billion bottle tops annually, primarily in Italy but also in Egypt and China.

Pelliconi has seen expenses for electricity and gas more than treble in relation to revenue this year, adding to the challenges caused by higher steel prices. Pelliconi is one of many Italian companies dealing with the energy crisis brought on by the conflict in Ukraine.

In certain situations, it has been able to pass on nearly two-thirds of the cost hikes to its clients, and it aims to raise prices even more over the course of the following year.

Italy recorded a 16.2% increase in manufacturing turnover in July on a calendar-adjusted basis due to higher prices, while volumes also grew by 1.7%. This roughly compares to a decline of 0.8% per year in Germany.

Intesa Sanpaolo economist Paolo Mameli said, traditionally the laggard among the biggest eurozone economies, Italy has experienced a more vigorous post-pandemic rebound in terms of industrial output than France and Germany. The government now anticipates that the Italian economy will contract in the third quarter after growth exceeded estimates in the first half, with the downturn expected to extend until mid-2023. 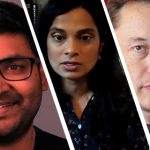 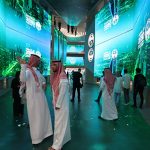