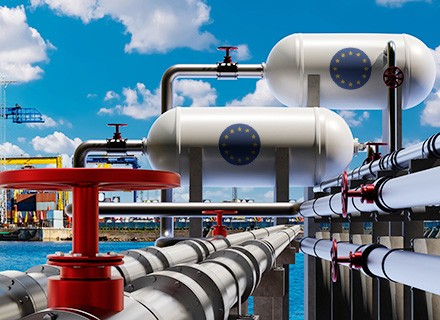 Amid energy crisis, EU is preparing some 20 floating terminals to process liquefied natural gas from non-Russian sources like US and Azerbaijan into natural ones

Since Russia’s Ukraine invasion in February 2022, the US and European Union, and G7 blocs introduced one sanction after another against Moscow, with the aim of punishing Vladimir Putin and his associates financially.

One of the punitive measures included coming down hard on Russia’s oil and natural gas trade, which has been Moscow’s major source of revenue generation and also driving its war efforts against Ukraine till now.

The Western powers are also debating the idea of putting a price cap on Russia’s energy supplies from December, along with preventing European oil tankers and insurance mechanisms from helping Moscow anymore to ship their oil and natural gas to global markets. While the proposal hasn’t found unanimous support from G7 and European Union members, Russia has responded to these developments by cutting down its natural gas supplies to Europe through the Nord Stream 1 pipeline.

Vladimir Putin on October 12 extended the olive branches to Germany by ‘committing’ to resume natural gas supplies to the European Union nations via Nord Stream 2 pipeline (another supply chain that came under sabotage attempts recently). The offer got refused. Now there are reports emerging about leaks in the Druzhba pipeline, which supplies crude oil from Russia to Europe via Poland.

All these developments have sent Europe into a crisis mode. While the UK, and Germany are witnessing economic slowdowns and a cost of living crisis, a curtailed energy supply from Moscow’s side will ensure that the entire continent will stare at a ‘cold winter’ in the coming months.

Europe Suffers As Russia Chokes Energy Supplies
Since the sanctions kicked in, Moscow has been diverting a significant amount of energy supplies to India and China, while decreasing Europe’s share.

Germany, which has disagreed with the G7’s price cap proposal on Russian energy supplies, has itself bought fossil fuels worth 19 billion euros since the beginning of the Ukraine war. As per the data, Germany used to get some 40% of Europe’s energy imports from Russia before the Ukraine crisis. China has been the biggest importer of Russian energy, as it has bought some 35 billion euros worth of it. Despite Moscow’s export dropping by 18% since February, its energy revenue base is still growing.

While the European Union has reduced its energy imports from Russia by 35% since the beginning of the Ukraine war, the 27-nation bloc has now blocked the coal supplies from Moscow as well.

While the Centre for Research on Energy and Clean Air cited China and India importing a massive amount of coal and oil from Moscow in the months of July and August, the study group also said that the fossil fuel exports alone have contributed 43 billion euros to Russian exchequer.

While the European Union has been accusing Vladimir Putin of blackmailing the continent with reduced energy supplies, they have rushed to arrange alternatives.

While Nord Stream 1 has seen a drop in natural gas supply, due to ‘operational glitches’, as cited by Russia’s state-owned energy corporation Gazprom, one pipeline from Ukraine to Slovakia and another crossing the Black Sea to Turkey and then to EU member Bulgaria, are still working somehow.

As part of Russia’s counter against the West’s economic sanctions, Gazprom has already cut gas supplies to some European countries, giving way to apprehensions about ‘Zero Russian Gas’ in the coming winter, if the European Union still persists with its anti-Putin stance.

Shift Towards Nuclear, Geothermal Alternatives?
The European Union is preparing some 20 floating terminals to process liquefied natural gas from non-Russian sources like US and Azerbaijan into natural ones. This means putting the region’s climate commitments on the back burner, as they opt for cheaper yet environmentally harmful energy sources. Electricity prices are rising too due to demand and supply imbalance.

Germany went through a drought in recent times, impacting its hydroelectric power generation capacities. The nation is still keeping its coal plants running, reverting back from its earlier promise of shutting them down over environmental worries.

France has a good fleet of 56 nuclear power plants, but all of them are running on half of their operational capacities due to glitches and maintenance issues. While a European Commission study says that the continent saw a 25% decrease in nuclear power generation due to pressure on the environmental groups over the ‘radioactive waste’ worries, this may prove costly if the European Union still goes ahead with its 15% natural gas usage plan by 2023 March.

One ray of hope is Japan announcing its plan to restart the nuclear power plants idled since the 2011 Fukushima disaster. While Prime Minister Fumio Kishida cited soaring natural gas prices behind the decision, International Energy Agency Executive Director Fatih Birol said that this move can help Europe to deal with the power crisis to some extent.

Germany’s three operational power plants, which were supposed to be shut by 2022 end, may get an extended lifeline as the country’s chancellor Olaf Scholz voted in favor of it. In fact, the Green Party, a political organization that came into existence during the 1970s anti-nuclear movement and is currently a coalition partner of the present government, has also softened its hostile stance on the matter.

In the United States, the Joe Biden government has adopted an Inflation Reduction Act, which extends tax credits and funding to nuclear power plants. California has already committed to keeping its last operating facility open beyond the 2025 closure deadline. Boosting these developments further, US Company Westinghouse Electric has been bought in a USD 7.9 billion deal by a consortium comprising Canadian uranium fuel supplier Cameco and leading clean energy investor Brookfield Renewable.

While all these developments may brighten up Europe a bit, but still not enough to see off the energy crisis.

“Restarting nuclear power plants may be almost the only way to offset the loss of natural gas from Russia in the short term,” Professor Robert Kaufmann told International Finance, while commenting about whether Japan reopening its nuclear power plants can be one of the solutions for the crisis-hit continent.

“In the short run, nuclear power is a viable option for offsetting the loss of Russian gas. But it is not a medium or long-term solution. In these time frames, carbon-free (or low carbon) alternatives, such as PV, wind, and geothermal, should be the focus of investments,” he said.

While the Emmanuel Macron government has introduced a measure to fast-track the construction of six more reactors and ensure that they start operating by 2028, 26 out of the 56 existing reactors have gone off-line for maintenance works, prompting the country to deploy an army of experts as the winter nears.

There is a fund concern as well as the European Union requires some USD 462 billion just to keep its existing nuclear power generation capacities running.

Germany too will keep its three remaining power plants running till April 2023, apart from reactivating its coal-powered facilities.

Another viable alternative can be the geothermal energy market. A Rystad Energy research projects a purple patch for the sector in the coming days, especially in Europe. As per its report, the total installed capacity of the heating plants within the European Union will surpass the 6.2-gigawatt thermal mark by 2030, registering a huge 58% increase from the current total of 3.9 gigawatts. The total amount of investments will be an estimated USD 7.4 billion.

The report also talked about the phenomenon of many established energy companies investing in this sector.

The industry, which was mainly led by Iceland, France, and Hungary, is now witnessing windfall as Germany will spend over USD 1.5 billion by 2030. Its installed geothermal capacities have doubled from 200 megawatts thermal (MWt) in 2012 to 400 MWt in 2022. By 2030, the same figure will reach 850 MWt. The Netherlands will be investing to achieve a production capacity of over $1.1 billion by 2030.

The UK, which has only 20 MWt production capacities as of now, is eyeing to reach 100 MWt in the next eight years. It will be spending over USD 470 million to meet the target.

Things look promising on this front, despite initial higher operational costs and inconsistent drilling success rate, because these countries will be getting clean, 24/7 renewable sources of energy, once the power plants reach their production capacities.

But the question remains, what should be the financial roadmap for Europe towards it, amid the economic slowdown?

The energy crisis has been further complicated by OPEC and Moscow with their announcement of cutting down daily crude oil output by two million barrels, which will further raise the prices.

Things don’t look promising at all for the European Union, given that they don’t have an effective solution for the whole problem. While they are scrambling for energy supplies from the US, Azerbaijan, and the Middle East, they should not expect normal business ties with Moscow, even after the Ukraine war gets over. It’s high time they invest in wind, geothermal, and nuclear to avert another crisis in the near future. 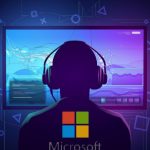 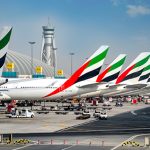