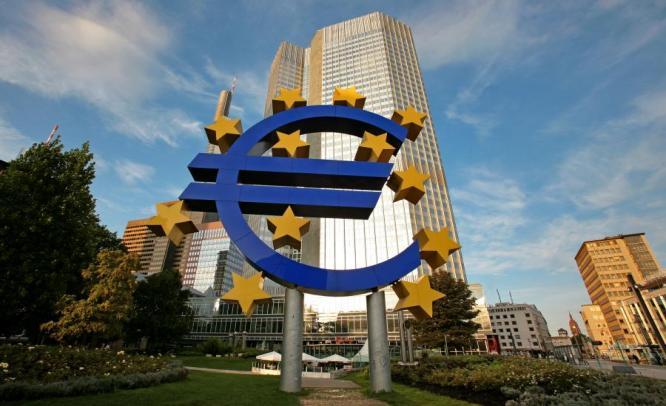 Latest data for February shows that although euro zone economies are still on the upward curve being witnessed since mid-2011, more action by the ECB may be required to consolidate the recovery, reports Team IFM Brussels, February 21: Business activity in the euro zone continued to expand in February, enjoying its strongest run of growth since the first half of 2011, but nevertheless disappointing economists...

Latest data for February shows that although euro zone economies are still on the upward curve being witnessed since mid-2011, more action by the ECB may be required to consolidate the recovery, reports Team IFM

Brussels, February 21: Business activity in the euro zone continued to expand in February, enjoying its strongest run of growth since the first half of 2011, but nevertheless disappointing economists expecting a higher growth rate, data released on Thursday showed.

The flash estimate of the Markit Eurozone PMI Composite Output Index fell marginally to 52.7 in February, below January’s 31-month high of 52.9. Economists had, however, predicted the index to touch 53.1 due to continuing robust factory output registered in January.

Earlier this month, Markit had reported that its headline PMI for the euro zone had risen in January – for the fourth consecutive month and signalling a steady growth since July last year. Going by Thursday’s data, the trend is continuing, albeit at a below-expectation rate.

Outside the euro zone, a survey of 380 British manufacturers by the country’s premier business lobby found total order books in February had improved slightly on January although they were below levels recorded in November and December. Export orders too rebounded in February after a dip in January.

“The motor vehicles sector was the biggest contributor to the improvement in export orders, recording its strongest performance since October 2011,” said Anna Leach, Head of Economic Analysis at the Confederation of British Industry (BCI), in a statement.

In the euro zone, Markit’s latest PMI data signalled ongoing robust recovery as new orders showed the largest rise since the first half of 2011; the PMI has now held above the 50 no-change level for eight successive months, “signalling a continuous expansion of business activity since last July”.

New orders rose for a seventh successive month, and the rate of growth accelerated marginally to reach the highest since June 2011.

However, rising new orders did not translate into higher employment as many companies continued to focus on boosting productivity; employment was unchanged for the third month running, Markit said.

On the brighter side, its data showed, this contrasted favourably with the trend of falling headcounts witnessed over the previous 23 months.

New orders meant manufacturers reported an increase in production for the eighth month in a row, with the rate of increase slowing slightly but nevertheless registering the second-best monthly expansion of output since April 2011.

The service sector business activity also increased – for the seventh month running – showing the largest rise since September and the second-largest since June 2011.

German companies reported the strongest expansions of activity and new orders since June 2011, with job creation running at the highest since January 2012 as firms expanded capacity to meet demand.

Strong demand also enabled German firms to raise prices. “The outlook also improved, with service sector optimism about the year ahead reaching its highest since March 2011,” it said.

In sharp contrast to the Germans but in line with their performance in the recent past, French firms reported a fourth successive monthly fall in business activity, with the rate of decline accelerating as new orders also fell at a faster rate. Headcounts were cut at a stronger rate as a result.

Manufacturing output rose slightly, registering only the second monthly increase seen in the past two years on the back of better exports.

The French service sector activity, in contrast, fell at the fastest rate since last May, though firms nevertheless reported the highest expectations for activity since March 2012.

Outside of France and Germany, the rest of the region saw business activity rise for the seventh consecutive month. The rate of increase dipped slightly but remained close to the near-three year high seen in January.

“A dip in the eurozone PMI provides a reminder that the region’s recovery continues to be uneven and fragile,” said Chris Williamson, Chief Economist at Markit. “The slight easing in growth is disappointing.”

However, Williamson argued, but it was too early to read too much into one month’s data.

Outside the euro zone, a survey of 380 manufacturers by industry body CBI found order books to have bettered slightly in January, although they remained below levels recorded in November and December.

Overall export orders also rebounded after a drop in January. The automobile industry was the biggest contributor to the improvement in export orders, and notched its best act since October 2011, CBI said.

“Output grew at one of the strongest rates since survey records began in 1975,” it said in its data statement. “Optimism about output prospects also improved, with expectations for output growth over the coming three months at their strongest since September – 16 out of 17 sectors expect output to expand over the next three months.”

CBI analyst Leach noted that the manufacturing sector continued to show signs of improvement and attributed it to high and steady demand and strong output growth.

“As the UK and global economies continue to strengthen over the coming months, we expect conditions to continue to improve for UK manufacturers and to increasingly feed through to business investment,” Leach said. 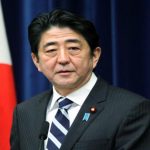 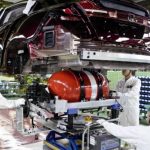