Analysts and traders told Bloomberg that natural gas prices are also expected to stay strong and may still have room to rally, ahead of the next winter heating season in Europe beginning in October.

This is contrary to the typical summer lull in Europe’s gas prices. This year, the front-month gas price in the country is nearing the winter price from December 2017, when a deadly explosion in Austria’s gas hub at Baumgarten squeezed supplies throughout Europe. Immediately after the explosion, the price of gas for immediate delivery in the UK reached its highest level since 2013.

The past winter season in Europe was one of the coldest this decade, sending gas demand soaring and the level of natural gas stored in tanks across Europe dropping to below average levels. Russia—which already is the supplier of around one-third of Europe’s gas—boosted deliveries in the winter, and continued to ship higher volumes even after that.

The demand in Europe stayed high but to low gas storage levels and the fact that some of Europe’s other traditional gas-supplying countries decreased supplies over issues or maintenance at facilities.

Summer brought about  a prolonged scorching heat wave, causing a jump in demand for gas. This happened amid a tighter market and cargoes of liquefied natural gas (LNG) going mostly to Asia—China in particular—as sellers profited from selling their LNG on the Asian market where prices are higher than Europe’s.

China’s LNG demand is attracting LNG cargoes and Northwest Europe these days, serving as a conduit for re-exporting LNG back to the Asian markets.

Although the UK benchmark gas price is at its highest for this time of the year, Asian spot prices are even higher, so LNG spot cargoes go to the higher bidder. Spot prices in Asia are also pushed up by a heat wave there as well.

Traders and Analysts told Bloomberg that the gas price rally will likely continue in view of the coming winter– unless there is unexpected lower demand or an oversupply of natural gas. 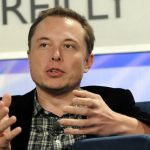 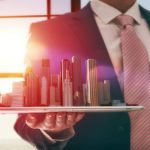