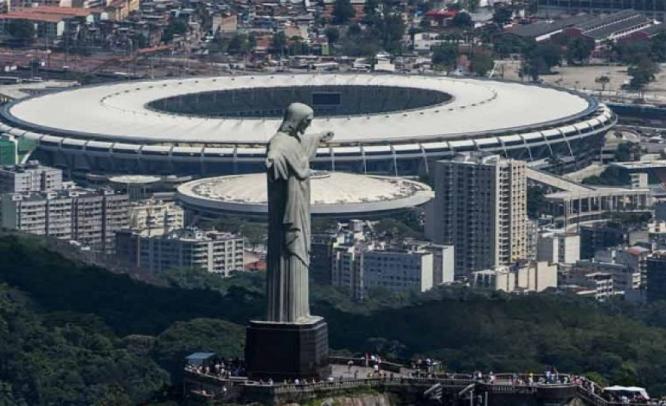 Monthly budget deficit in May almost touches all-time high while HSBC survey signals further deterioration in factory sector, reports Team IFM Sao Paolo, July 9: Brazil’s dalliance with  fiscal instability continued in May, data released by the country’s central bank on July 1 shows, sinking hopes that the ongoing FIFA World Cup would lift it from the morass that has forced funds to flee Latin...

Sao Paolo, July 9: Brazil’s dalliance with  fiscal instability continued in May, data released by the country’s central bank on July 1 shows, sinking hopes that the ongoing FIFA World Cup would lift it from the morass that has forced funds to flee Latin America’s largest economy.

Alongside, an independent survey report said business conditions in Brazil’s manufacturing sector in June deteriorated at the sharpest pace since July last year.

Banco Central do Brasil, or the Central Bank of Brazil, said state-owned enterprises totted up a primary budget deficit of 11.046 billion reals (or $5 billion), topping analysts’ prediction of a shortfall of 9.25 billion reals.

In simpler terms, this means that these public sector companies did not earn enough in May to cover their expenses, including interest payment obligations for the month. This is, of course, a theoretical calculation, as loans are squared off with the financial accounts of the year concerned in mind.

This was also the second biggest deficit after a shortfall of 20.951 billion reals notched in December 2008, soon after the collapse of Lehman Brothers that triggered a global meltdown, goading analysts to say President Dilma Rousseff would struggle to meet the budgetary targets of her government.

The government aims to save at least 99 billion reals in primary surplus, or 1.9 percent of the GDP.

“It will be very difficult for the government to meet the 1.9 percent of GDP fiscal target in 2014 unless it is able to count on significant extraordinary non-recurrent revenue,” said Goldman Sachs senior economist Alberto Ramos in a client note.

The report reflected a continuation of the situation in April, when the once-bustling economy went on a sloth mode with business activity showing only moderate upswing despite the imminent FIFA World Cup.

According to official data released in June, the IBC–Br index of economic activity – the Brazilian central bank’s gauge for country’s performance in the farming, industry and services sectors – crept up 0.12 percent in April, registering a sluggish start to the second quarter.

Meanwhile, a survey report of Brazil’s manufacturing sector by HSBC said sectoral output dipped at the quickest rate in over two-and-a-half years in June, “reflecting an ongoing weakness in domestic demand”.

“Business conditions in Brazil’s manufacturing sector deteriorated in June at about the same pace as in May,” said Andre Loes, HSBC’s chief economist in the largest Latin American region.

Reuters quoted Tulio Maciel, Banco Central’s head of economic research, as saying it was too early to say whether the Dilma Rousseff government would be able to meet its target.

Between January and May, the government has been able to meet 32 percent of the primary surplus target of 99 billion reals for the whole of 2014, with April accounting for 16.896 billion reals, primarily due to concession bonuses and dividends of public sector enterprises

According to Maciel, May’s deficit was due to an increase in public investment and a drop in revenue, which he said would get a boost from dividends of public sector firms.

Despite Maciel’s optimism, Banco Central said on June 26 that it is paring down its growth forecast for the current year. It also said the ongoing inflationary pressures were likely to ebb after a temporary peak this year.

In its quarterly inflation report it released on the day, the central bank lowered its growth forecast from 2 percent in its previous estimate to 1.6 percent, which it said would improve slightly in the first quarter of 2015 to 1.8 percent.

Alongside, the bank upped inflation forecast from 6.1 percent to 6.4 percent.

The Sao Paolo-based academician was referring to the government’s move to make transfers from a sovereign fund to boost its accounts before the year-end in 2012. The Rousseff administration had given tax breaks to a slew of industries in an effort to stoke the economy, but has in the process caused public finances to deteriorate rapidly.

In May, Brazil’s net debt spiralled up to 34.6 percent of GDP, the highest since last October. In late June, the government gave its consent to the sale of offshore oil rights to state-run oil company Petrobras, which will fetch 2 billion reals this year alone. However, it is feared that the move will strain the company’s finances.

Meanwhile, HSBC’s June data indicated that business conditions in the Brazilian manufacturing sector deteriorated at the sharpest pace since July 2013. Output dipped at the quickest rate in 33 months, “reflecting an ongoing weakness in domestic demand”.

Adjusted for seasonal factors, the HSBC Brazil Purchasing Managers’ Index, or PMI, fell from 48.8 in May to 48.7 in June. Though the fall was slight, the latest reading was the lowest since July 2013 and indicated a third successive monthly deterioration in operating conditions.

Moreover, the latest drop in production was the third in as many months. All three market groups recorded lower output, with the quickest contraction seen at intermediate goods producers. The reduction in output was linked to a third successive monthly decline in order book volumes.

Reflecting subdued demand conditions, the quantity of inputs purchased by Brazilian manufacturers decreased in June. Although slight, the contraction in quantity of purchases was the second this year so far.

Brazilian manufacturers indicated that staffing levels were reduced in June, stretching the current period of job shedding to three months. Nevertheless, the pace of contraction was slight and little-changed since May.

Anecdotal evidence highlighted cost-cutting policies. Despite accelerating since May, input cost inflation was muted in the context of historical data. Where purchase costs increased, this was attributed by survey participants to the dollar-real exchange rate resulting in higher prices paid for imported raw material.

Brazilian manufacturers reported the pass through of higher input costs to clients, with prices charged rising during June. The rate of charge inflation was, however, only modest. By sector, the fastest increase in tariffs was registered in the capital goods category.

“Firms reported that output fell at the fastest pace since September 2011,” said HSBC chief economist Loes. “But while there is a lot of evidence that the economy as a whole is slowing, it seems likely that this decline also reflects disruptions related to the World Cup.” 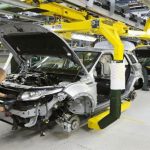 UK: A bounceback in June is possible 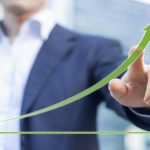