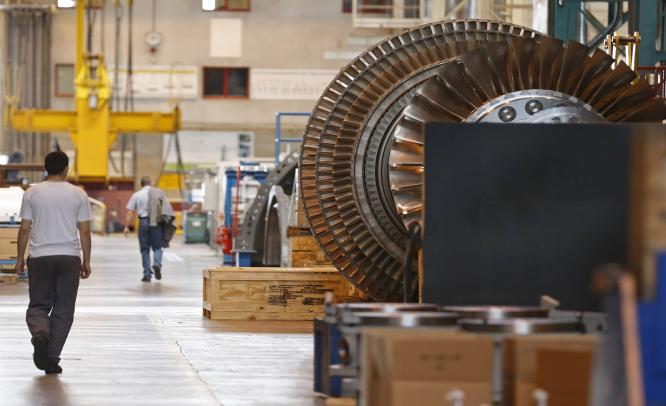 Paris, July 15, 2014: Quick recovery continues to prove elusive for France, the world’s fifth largest economy by nominal GDP, with industrial production taking a plunge in May, accompanied by inflation that hit its lowest point in five years — a surefire recipe for recession — signalling a trend that an independent survey said continued in June.

Data released last week by INSEE, the French National Institute for Statistics and Economic Research, shows that in May 2014, manufacturing output dropped “dramatically” by 2.3 percent, after hitting a flat patch in the preceding month.

Overall industrial production too went south by 1.7 percent, after registering a slender growth of 0.3 percent in April, the INSEE data released on July 10 showed. During the last three months, quarter-on-quarter output weakened by 0.9 percent in the manufacturing sector and the industry as a whole by 1 percent, it added.

INSEE also released data to show that in June 2014, the Consumer Prices Index or CPI remained almost unchanged for the third consecutive month, growing by 0.5 percent in the year to the month under review, down from a growth of 0.7 percent in April and May.

“This decrease in the annual growth rate is partly, for less than 0.1 point, due to a time lag of the price collection that included a higher number of days during the summer sales in June this year than last year,” INSEE said in a statement.

In a further indication of the continuing sluggishness that has had an impact on its payroll numbers, the country’s central bank earlier last week said the French economy crawled ahead by only 0.2 percent between April and June after dragging in the first quarter of the year.

This is in line with an earlier assessment of the Bank of France, which said last month it expects the economy to grow only 0.2 percent in the second quarter over the January-March period.

The assessment was based on its monthly survey report for May that showed its measures of business sentiment in both manufacturing and services sectors declining below their long term averages during the month.

Data released last month by Eurostat, which compiles detailed statistics on the European Union and candidate countries, showed that while industrial production in the four major Euro zone economies slowed in March compared to February, the drag was most marked in France with its factory and mines outputs dipping 0.7 percent.

This was higher than the declines in the other members of the “Big Four” – Germany by 0.2 percent, Spain 0.6 percent and Italy 0.5 percent.

Alongside, Markit said, employment fell and input cost inflation was the strongest since last December.

“France’s manufacturing sector is back in reverse gear and weakness looks set to persist through the summer,” said Tim Moore, senior economist at Markit.

The weakness in the industrial production of France was visible across the industrial sector, although refining and coke-making led the free-fall with a plunge of 8.4 percent.

In manufacturing, output declined most markedly in electrical, electronic equipment and machine equipment that saw a month-on-month fall of 2.7 percent and, in a less sustained pace, in other manufacturing — a decline of 0.4 percent.

Production of food products and beverages too fell, by 1 percent, as did the manufacture of transport equipment that slid 0.9 percent.

On an annualised basis, manufacturing output fell by 0.7 percent, led once again by manufacturers of coke and refined petroleum products, who saw their output plunging 11.5 percent.

Also declining in the 12-month period were the outputs in the electrical, electronic and machine equipment (down 3.3 percent) and food products and beverages (down 2.3%). The decline was slight in the manufacture of transport equipment – 0.4 percent.

Output increased mildly in other manufacturing, which crawled up 0.5 percent.

INSEE said the changes in the industrial production index in May were potentially exacerbated by “bridging days” – the three public holidays  – Labour Day on May 1, Victory Day on May 8 and Ascension on May 29, all of which fell on a Thursday.  The bridging days are usually considered like normal working days.

Meanwhile, as a direct result of limp business activity, there is little pressure on consumer prices, which nosed up fractionally by 0.6 percent in June as compared to a year-ago period.

This fell short of an average rise of 0.8 percent estimated by economists. It was also the lowest level since November 2009 when France emerged from a brief bout of deflation during the height of the global financial crisis.

INSEE also noted that the CPI remained near flat for the third consecutive month, and attributed it to a time lag of the price collection that included a higher number of days during the summer sales in June this year than last year. “This time lag affected particularly the clothing and footwear price collection,” it said.

“Overall, in June 2014, the drop in manufactured product prices has been offset by a seasonal increase in prices of services which occurs usually before the summer holidays. Moreover, prices of food and those of energy declined,” INSEE said in a statement.

The agency also noted that there were large decreases in manufactured goods prices as well as a significant drop in food prices.

Prices of manufactured products fell by 0.4 percent, once again partly linked to a time lag in the price collection calendar.  Similarly, overall food prices decreased in June by 0.2 percent compared to May, and by 1.5 percent compared to a year-ago period.

“The decline in the prices of unprocessed food has continued unabated (down 0.8 percent from May and down10.6 percent from June 2013), mainly due to an abundant supply resulting from favourable weather conditions at the start of this year,” INSEE said.

Markit’s June data brought no succour, and in fact pointed to the fastest deterioration in overall manufacturing sector business conditions so far this year. This was highlighted by its final PMI, which fell to 48.2 in the month under review from 49.6 in May.

New business levels decreased for the second month running and, in line with the trend for production, the latest reduction was the steepest so far in 2014, Markit said.

Demand from both domestic and export clients was weaker, and the latest survey signalled a second consecutive monthly fall in new business received from abroad, with the rate of decline the joint-fastest since June 2013.

Lower workloads resulted in further job shedding across the manufacturing sector in June. Staffing levels were cut for the third month running and at the steepest pace since December 2013.

June data also pointed to a rise in average cost burdens for the first time in five months. Moreover, the rate of input price inflation was the fastest since December 2013. Despite higher raw material costs, manufacturers indicated that factory gate charges decreased at a moderate pace during the latest survey period.

“Squeezed operating margins and a return to falling output volumes contributed to the steepest pace of manufacturing job shedding since the end of 2013,” said Markit economist Moore. 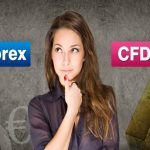 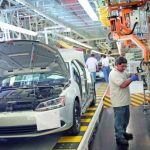 Mexican inflation rate up, but stays below predictions