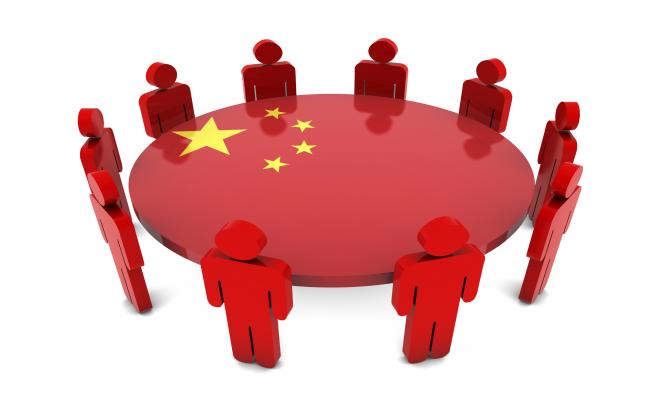 Huge capital and investment power will make the country a force to reckon with Suparna Goswami Bhattacharya September 8, 2015: In the West, people often opine that Chinese are not innovators but just copiers who can make a product at a cheaper rate. If somebody mentions inventions, like gunpowder and printing press which were invented by the Chinese, the argument often ends up with ‘they...

September 8, 2015: In the West, people often opine that Chinese are not innovators but just copiers who can make a product at a cheaper rate. If somebody mentions inventions, like gunpowder and printing press which were invented by the Chinese, the argument often ends up with ‘they have not really followed through with their innovations and have since then made little progress in this department’.

But the Chinese are ready to transform themselves from the factory of the world to the generator of innovation. Companies like Alibaba Group and Xiaomi among others are making a mark in the world.

“I understand that the China market is characterised by some significant weaknesses when compared to a highly mature Silicon Valley, but the investment power and determination of the Chinese government, along with its appetite to transition away from ‘Made in China’ to ‘Innovated in China’ leaves no doubt in my mind that China will become a leader when it comes to building ecosystems for growth of startups and other innovative organisations,” says Lars Lin Villebaek, co-founder of GrowthEnabler.com, a platform for startups. He has 10 years of personal entrepreneurship experience in China.

Last year, China gave birth to a massive 1.9 million new businesses (across all sectors) and saw some record breaking IPOs in the global market.

And unlike the US, which has Silicon Valley and the area around Boston which are known for their startup ecosystems, China has several dozen ‘Silicon Valleys’. “Most of these are in the embryonic stage. Silicon Valley has a long history of success while the Chinese ones are new. The oldest — Zhongquancun in Beijing district — dates back to the ’80s,” says Zhang Chia Hou, China & India analyst and a board member of GrowthEnabler.com.

According to Wan Gang, China’s minister of science and technology, the district last year birthed 49 startups daily. As of March 2015, 129 high-tech zones had been approved by the State Council. These are designated areas in different cities where entrepreneurs are supported by different policies and benefits, such as fast Internet connections, government assistance in funding, and access to talented and educated human resources from nearby universities.

“Zhongquancun is also home to several universities like the prestigious Tsinghua University which churns out PhDs and computer scientists by the thousands. So there is no shortage of people who understand technology and the investment tap is flowing quite readily,” says Erik Roth, an entrepreneur, lecturer, serial innovator and lead for McKinsey & Company’s Global Innovation & Growth Practice.

Apart from Zhongquancun, Shanghai and Chengdu are also home to several startups.

According to Villebaek, there are several other factors which will help China achieve the ‘startup capital of the world’ status. There is ample access to funding even for high-risk projects. As long as projects replicate proven business models and products, the financing is usually done very quickly.

Additionally, successful companies like Alibaba, Tencent and Baidu have taken upon themselves to nurture the startup system in the country.

Says Alibaba Group spokeswoman: “Our founders started Alibaba Group to champion small businesses, in the belief that the Internet would level the playing field by enabling smallenterprises to leverage innovation and technology to grow and compete more effectively in the domestic and global economies. Alibaba supports innovative entrepreneurs who are able to create products and services that benefit the end user and society as a whole.”

Also, some Chinese are going for international exposure. “Most of the emerging class of entrepreneurs and venture capitalists, including Alibaba’s founder Jack Ma, studied at leading US universities, and worked for great corporations and investment firms. Most Chinese who can afford it (foreign education) decide to have an experience abroad,” says Christoph Tutsch, founder and CEO of ONPEX, a company which provides white-label cloud-based payment technology.

Tutsch adds that China is going in the right direction and people are educating themselves to achieve their goals. “They are trying to think out of the box for solutions that will help the local problems. Even now, they are many successful tech companies in China that no one has heard of because they are kept in the local market, which is good for self-improvement. In the next few years, we will start hearing of more Alibabas who venture West,” says Tutsch.

Where they need to improve

Historically, the Chinese do not have a culture of risk taking. “In a long time, I have not noticed any disruptive business model from China,” remarks Roth. The educational system in the country will have to focus on research and offer education in entrepreneurship to address the needs of entrepreneurs.

“The young in general are following the old path of secure jobs in government or established industry. But with 1.3 billion people, there are enough youngsters interested in innovation and entrepreneurship for them to be a real force,” says Hou. 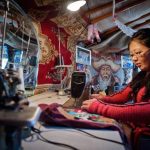 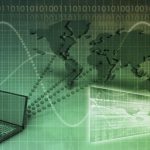