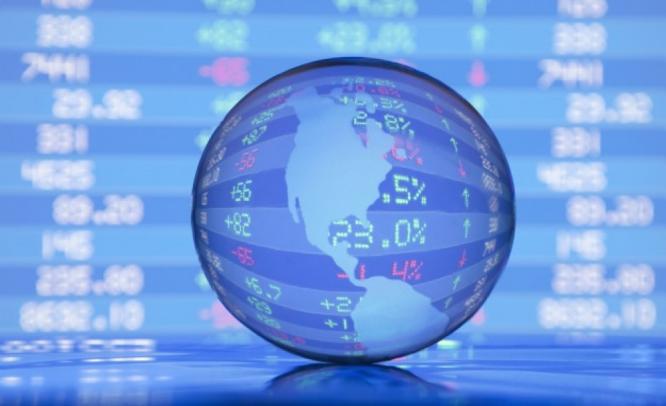 Japan, emerging markets drag growth numbers though UK expected to return to pre-meltdown scenario from next month, reports Team IFM London, May 13: Global economic growth, dragged down primarily by a disappointing performance by Japanese manufacturers on the eve of the second quarter, eased to a six-month low in April, an independent study released last week showed while a second set of data portrayed a...

London, May 13: Global economic growth, dragged down primarily by a disappointing performance by Japanese manufacturers on the eve of the second quarter, eased to a six-month low in April, an independent study released last week showed while a second set of data portrayed a grim picture for emerging economies led by China.

A British research body, however, predicted a pre-2008 scenario for the UK from June, while across the Atlantic, the US Federal Reserve saw the American economic activity “picking up” despite unattractive first quarter growth numbers.

The JP Morgan Global All-Industry Output Index – which is produced by JP Morgan and economy tracker Markit – posted 52.8 in April from 53.5 in the preceding month, to signal a worldwide expansion for the 19th successive month.

On the flipside, the JP Morgan report said, rates of expansion eased in both the manufacturing and service sector globally. “Manufacturing production increased at the slowest pace since last October, while activity growth at service providers was identical to February’s four-month low,” it added.

In Japan, sales levy increases – from 5 percent to eight percent and the first such hike in 17 years –came into effect in April.  Companies and consumers flocked to make purchases before the levy hike, pushing the country’s industrial production to its highest point since June 2011 in March. Output, however, has waned since then.

Analysts are more upbeat about the UK. Its economy could be back to its pre-meltdown figures in June, the National Institute of Economic and Social Research (NIESR) said last Friday, while official statistics showed manufacturing gathering steam and trade figures improving in March.

An industry body had earlier said the critical construction sector had also registered a slight upswing in April.

“Subject to data revisions and the uncertainties surrounding any out of sample predictions, it can reasonably be expected that the peak will be regained within the next month or so,” added NIESR, Britain’s longest established independent economic research institute.

The big disappointment, of course, was the performance of the BRIC economies. The HSBC Emerging Markets Index, a monthly indicator derived from PMI surveys, continued to indicate only a marginal increase in output across global emerging markets in April. Outputs fell in China, Brazil, India and Russia, the HSBC data showed.

“Russia is seeing its steepest downturn since the height of the global financial crisis,” said Chris Williamson, Chief economist at Markit, which helped HSBC prepare its report.

“China’s PMI is signalling contraction for a third month running, suggesting GDP growth will weaken further in the second quarter, while Hong Kong, India and Brazil are also contracting, albeit at only marginal rates,” Williamson added.

Meanwhile, the global slowdown mainly reflected a sharp downshift in the performance of the Japanese economy, said the JP Morgan-Markit survey report, which was prepared in association with two leading organisations dealing with supply management – the International Federation of Purchasing and Supply Management, Switzerland and the Institute for Supply Management, US.

The survey said Japan’s output declined at “the steepest pace for almost three years”, with activity falling markedly at both manufacturers and service providers, and the PMI output indices for these sectors falling by 8.0 and 5.8 points respectively.

“This mainly reflected the payback from a sales tax increase in Japan earlier in 2014, however, raising hopes that the downturn will prove only temporary,” said the report.

Outside of Japan, the rate of output expansion, on average, ticked slightly higher in manufacturing and held steady in the services economy.

The UK and Ireland remained leading lights in the global economic upturn. Growth of UK’s all-industry output rose to a five-month peak that was among the highest in the series history.

UK’s NIESR said that after growing only very marginally in 2012, growth accelerated rapidly, the economy was now growing at around 3 percent year-on-year.

“We forecast GDP growth of 2.9 per cent this year, an upward revision of 0.4 percentage points on our forecast published just three months ago,” it said in its report. “This means that GDP will exceed its previous peak in 2008 in the next few months, although per capita GDP still remains well below its previous peak, and will not exceed it before 2017.”

JP Morgan said that Ireland, meanwhile, saw its fastest expansion of output since June 2006. Activity growth also held steady at a robust clip in the US and hit a near three-year peak in the euro zone. All of the big-four euro area economies reported higher output.

Employment increased for the 50th successive month globally, with jobs growth registered in the US, the euro zone, Japan, the UK, Ireland and Brazil.

Price pressures rose slightly in April. Input cost inflation accelerated from the previous month, while output charges increased at the fastest pace in almost three years. Selling prices were raised in the US, Japan, the UK, India, Brazil and Russia.

“However, it remains at a level consistent with trend global growth, which would be a good outcome considering the likely contraction in Japan following the VAT hike,” Hensley added. “PMI details indicate that global manufacturing continues to outperform the remainder of the economy.

The HSBC Emerging Markets Index rose marginally to 50.4 in April from 50.3 the month before, but was well below the eight-and-half-year-long trend level of 53.9. “April data indicated falling output in the four largest emerging economies,” the report said.

According to it, overall business activity across the Chinese manufacturing and services sectors declined slightly for the third month running, the longest sequence of contraction in over five years.

Meanwhile, private sector output in Russia fell at the fastest rate since May 2009. Indian business activity fell for the ninth time in 10 months, albeit marginally, while Brazil posted a fractional decline for the second time in four months.

“The weakness of the survey data adds to fears that emerging market languidity will continue to act as a dampener on global economic growth in coming months,” said Markit economist Williamson. “The concern is that the moribund economic picture is also broad-based, encompassing Asia, South America and Africa.” 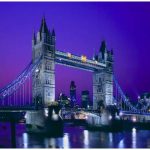 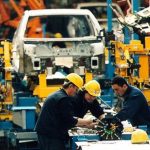