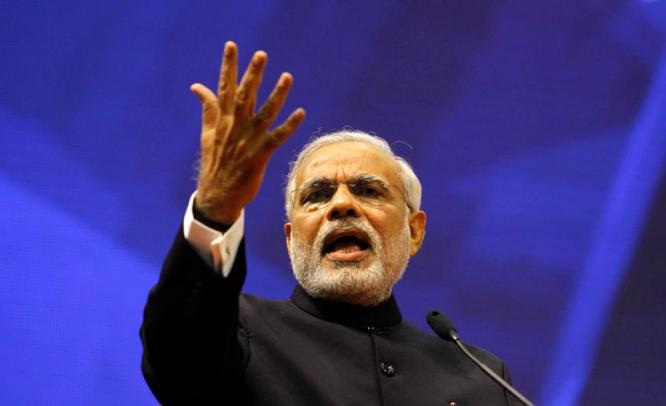 The Hindu nationalist Bharatiya Janata Party by winning a majority on its own, the first time any single party has done so in the past 30 years, has raised expectations of accelerated economic growth through stable, decisive government. New Delhi, May 26: Global investors are eagerly waiting for Monday, May 26, when Narendra Modi will be sworn in as the 15th Prime Minister of India....

The Hindu nationalist Bharatiya Janata Party by winning a majority on its own, the first time any single party has done so in the past 30 years, has raised expectations of accelerated economic growth through stable, decisive government.

New Delhi, May 26: Global investors are eagerly waiting for Monday, May 26, when Narendra Modi will be sworn in as the 15th Prime Minister of India. Expectations are high as market players around the world expect the new Prime Minister to take decisive policy measures to take the giant but underperforming Indian economy out of the morass that it is now stuck in.

Expectations are high for many reasons but the most important is the huge mandate that voters have given Modi. Most investors believe that Modi and his party the Hindu nationalist Bharatiya Janata Party (BJP), by winning a majority on its own, the first time any single party has done so in the last 30 years, are in a position to bring about real change that would revive investor sentiment and usher in a dynamic and helpful climate for both foreign and domestic investment. This is much needed to boost India’s economic growth rate that has fallen from around 10 percent a year about 5 years ago to only around 5 percent now mainly due to a halving of the investment rate during this period.

Modi, who was the Chief Minister of Gujarat before being elected to Parliament in these elections, led the BJP to win as many as 282 out of 543 seats in India’s parliament and highest legislative body the Lok Sabha. Moreover, the National Democratic Alliance (NDA), the pre-poll alliance of 29 parties led by the BJP, has bagged a total of 336 seats to ensure that one can expect a highly stable government over the next 5 years.

In fact, the Modi government’s majority is so overwhelming that there is virtually no opposition. The nearest political party, the Indian National Congress has been reduced to just 44 seats, less than the 10 percent seats required to be formally declared the Opposition with its leader being named Leader of the Opposition. Consequently the pre-poll alliance led by the Congress the United Progressive Alliance (UPA), which was in power for the last 10 years, has now only 59 seats and will enjoy little clout in the new parliament.

This is despite the fact that BJP managed to win only 31 percent of the valid votes polled by the 66.4 percent record voter turnout of 553 million out of a total of 814 million registered voters. The highest ever voter turnout was largely driven by new and young voters who were influenced by Modi’s promise of spreading the perceived success of Gujarat in terms of development and job creation to the rest of India. With 10 million people joining India’s workforce every year, finding jobs is the single most important item on the agenda of India’s young voters aged between 18 and 35.

This brings us to the second most important reason why investors are bullish. They feel given Modi’s track record as an efficient administrator, emphasis on infrastructure creation and business friendly approach, the existing policy regime, rules and regulations, bureaucratic red tape and lack of basic infrastructure such as power and roads that make India one of the least friendly places to do business in will see a radical change.

It is widely expected that the new government will take decisive steps to boost investment in infrastructure and manufacturing by announcing appropriate policies with regard to various clearances needed for mega projects, making available land for industries, facilitating foreign direct investment and reducing bureaucratic red tape. Their expectations have been furthered bolstered by Modi’s campaign slogan of “Less government, more governance”.

The third key reason for investor confidence in Modi is the perception that the new government will move away from the fiscally debilitating populist measures such as fuel, food and fertilizer subsidies and various welfare schemes of the previous regime while introducing a more pragmatic approach to taxation and labour.

For example, a quick and favourable resolution of the chaos created by the retrospective tax imposed by the UPA government on Vodafone, India’s largest foreign investor, is on the cards, investors believe and they think this will provide a very positive signal to foreign investors who are now quite hesitant about putting their money into projects in India.

The bullish sentiment about Modi has been reflected in the way Foreign Institutional Investors (FIIs) have pumped in money into the Indian stock markets propelling the bell-weather 30-share Bombay Stock Exchange Sensitive Index (the Sensex) to new heights.

Ever since March this year when opinion polls began to indicate that Modi and the NDA were likely to emerge ahead of the UPA in the elections, the total cumulative investments by FIIs in the three months to May have been about Rs 43,600 crore or a little less than $8 billion. This has propelled the Sensex from 20946.65 on March 3, to 24693.35 at the close of trading on March 23, 2014 or a gain of 3746 points in less than three months.

As a result, Indian share markets have now joined the global top ten in market capitalisation at $1.42 trillion ahead of Australia, Brazil and South Korea though China at $3.14 trillion and Hong Kong at $3.4 trillion are still ahead.

Market players are now waiting for some key moves by the Modi government. The first key point is what would be the composition of the new ministry and who would head the key economic portfolios?

While the Indian media is full of speculation of all kinds, there are clear indications from sources close to Modi that the new Prime Minister is keen to have a lean government. He intends to do so by reducing the total number of ministries by clubbing together related ones into single ministries under a single minister. This is expected to bring in greater efficiency in project clearances and overall decision making by reducing turf wars that often delay projects in India. A clear indication of the shape of things to come should become available on Monday.

The next big day would be in the third week of June when the RBI holds its next Monetary Policy meeting. There is speculation that the existing RBI Governor Raghuram Rajan may be replaced although many experts believe Rajan’s hawkish stance on inflation and his reported desire to move towards inflation targeting would be welcomed by Modi as containing inflation will have to be one of his top priorities.

The most important day for investors, of course, will come in July when the new government is expected to announce its maiden Annual Budget. The budget will provide a definitive indication of the direction and nature of economic policies that one can expect from the new government.

While the new government has certainly built up expectations, it will now have to deliver. Market watchers believe investors will have to wait till the Budget in July before they can get a clear signal as to whether the new dispensation under Modi will be able to meet up to the expectations of the market or will prove to be a disappointment. 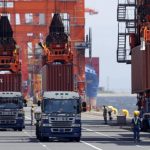 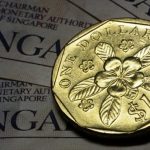