Kenya Airways, which is operating under huge debts, to be nationalized in a 2-year plan.

The government of Kenya has decided to proceed with the nationalisation of Kenya Airways. Kenya Airways, the main airline of the country, is all set to be nationalized following an approval from lawmakers on Tuesday. Forty eight percent of the airline’s shares are owned by the government and 7.8 percent is owned by Air France.

The airline was privatized 23 years back, but incurred huge losses in the year 2014. This prompted the authorities to think of the re-nationalisation of Kenya Airways. The main causes attributed to the losses are a failed expansion drive and a slump in air travel. This forced the airline to restructure its debts which come up to $ 2 billion. The airline had initially proposed to take over the running of Nairobi’s main airport, but it was rejected by the Parliament’s transport committee. It was following this that the plan to nationalise the airline came up.

Michael Joseph, the chairman of Kenya Airways, was reported to have welcomed this decision. He stated that nationalisation might be the solution to the problems faced by it at present.

David Pkosing, the chairman of Parliament’s transport committee reportedly said that it would take up to 18 months to buy out shareholders. Esther Koimett, the principal secretary at the ministry of transport, has dismissed talks reporting that nationalisation plan is only going to lead to further mismanagement.

Kenya has been trying to emulate countries like Ethiopia by running the entire air transport assets under a single company. This holding company will have four subsidiaries, which include Jomo Kenyatta International Airport, an aviation college and Kenya Airports Authority. This model is expected to balance out the balance sheets, as funds from a profitable part, would be transferred to the ones which need it. 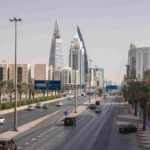 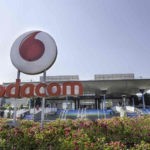