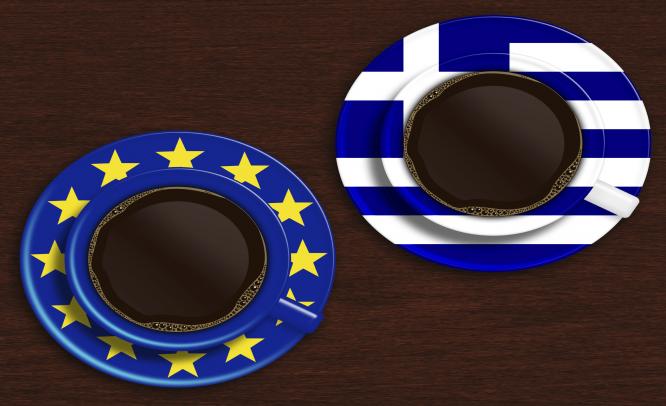 Right now, the deal is just an agreement to reach a deal Carsten Brzeski July 14, 2015: After another marathon in Brussels, Eurozone leaders decided on a path towards a third bailout package for Greece. We are still waiting for the official and written summit declaration to be released but here is our first take on the deal, based on having listened to the press...

Right now, the deal is just an agreement to reach a deal

July 14, 2015: After another marathon in Brussels, Eurozone leaders decided on a path towards a third bailout package for Greece. We are still waiting for the official and written summit declaration to be released but here is our first take on the deal, based on having listened to the press conferences of Tusk, Juncker and Dijsselbloem as well as the ones of Merkel, Hollande and Tsipras.

In short, the Greek government will now have to do almost everything the Greek people refused in last week’s referendum. As already reported earlier, Eurozone creditors have come up with several demands before agreeing to a third bailout package. This compromise can be divided into three categories: i) rebuilding trust; ii) negotiations on a third bailout package; and iii) how to deal with Greek debt.

As regards rebuilding trust, the Eurozone wanted Greece to pass several reforms through parliament by Wednesday, among these reforms were apparently the VAT and pension reforms but also improvements of the Greek statistical agency. Once the Greek government has agreed to the reforms, several Eurozone parliaments would decide on whether or not the official negotiations could be started. Only then, the negotiations between the three institutions (IMF, ECB, European Commission) on behalf of the ESM would start.

Judging from earlier reports, these negotiations will not be easy as the Eurozone creditors have asked the Greek government to come up with new and more concrete proposals on how to compensate for the earlier withdrawn reforms to the economy and the public sector. If and when these negotiations would come to a successful end, Greece would get a bailout of around €85bn. Already in the coming two months, Greece would need €7bn until next week Monday (remember the bond held by the ECB), another €5bn until mid-August and up to €25bn (of which €10bn should be immediately) for the Greek banks.

A prominent part of the potential deal, at least judging from the press conferences, is a privatisation trust fund. This fund, based in Greece, should guarantee fresh money of €50bn, of which €12.5bn should be used for domestic investment. The rest of the money would be for debt repayments.

Furthermore, the Troika is back. As stressed by Ms Merkel, the three institutions, formerly known as the Troika, will do the negotiations and would also be responsible for future surveillance and monitoring of progress. As Ms. Merkel said a third bailout package for Greece would not differ from earlier programmes or programmes for other Eurozone countries.

Finally, the Eurozone returned the idea of some debt restructuring – not forgiveness – as part of a third bailout. The 2012 agreement of the Eurogroup was taken as a point of reference for some kind of debt relief. However, Ms. Merkel stressed that a haircut on debt was not an option but that debt relief could come in the form of longer maturities and/or grace period. Interestingly, she said that this form of debt relief could come earlier than anticipated in the 2012 statement.

As regards the next steps, the Greek parliament now will have to pass the required reforms, then national Eurozone parliaments will have to give the green light to start the negotiations. Next week, the negotiations on a third package could start. In the meantime, the Eurogroup will look into options for bridge financing.

While all leaders tried to give the deal a positive spin, doubts and concerns in our view outweigh optimism and euphoria. It starts with the fact that there actually is no deal, yet. The “deal” is an agreement to start negotiations once certain conditions are met. It’s a declaration of intent. Moreover, there is little in the deal that could give the Greek economy a short-term boost. Neither the €12.5bn from a still to be built trust fund nor the promised €35bn investment from the Juncker plan are tangible enough to provide results. Furthermore, even if Greek parliament would pass the required reforms, it is unclear whether Tsipras could politically survive the negotiations. In fact, this looks like a deal he had been fighting against for a long while.

All of this means that the champagne bottles should still remain in the fridge for a while. Eurozone politicians should rather be prepared for additional long meetings and negotiations. Monday morning’s agreement was a typical European fudge, made possible by the fact that the Greek people are currently still overwhelmingly in favour of Eurozone membership and the Eurozone’s willingness to avoid Grexit. This is not the most stable fundament for sustainable calm. To the contrary, the Grexit might have been avoided for a couple of weeks or – in a best-case scenario – for a couple of months, but, as in any good horror movie, the ghosts will always return.

Carsten Brzeski is an analyst with ING 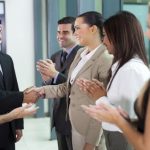 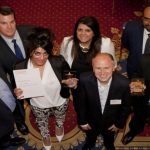 A breathtaking year for Mosaic