As per the GSIA 2016, Japan showcased the fastest growth in the sustainable investing market during 2014-2016, with the aggregate sustainable investment market in Japan quantified at $473.6 billion, up from $7.0 billion in 2014. A significant contributor to this was the new information provided by the Japan Sustainable Investment Forum (JSIF) on sustainable investing strategies of large institutional asset owners. Surveys by JSIF revealed corporate engagement and shareholder action to be the most dominant strategy at $289.6 billion, applying to 61 percent of SRI assets.

In February 2014, Japan introduced its very first Stewardship Code. Whilst the principles are voluntary, 201 institutional investors had adopted them as of December 2015. This was then followed by the Corporate Governance Code in June 2015. Both the codes were introduced with a vision to promote and foster engagement between investors and companies, and to open up dialogue in order to encourage companies to improve their return on equity (ROE) and to place greater emphasis on it as a key indicator of profitability and corporate governance.

The changes in Japan’s investment industry can be attributed to a shrinking domestic market Japanese companies are seeing due to the negative demographic trends of a growing aging population which are likely to continue for years to come.

The GSIA 2016 also pointed out that during the period 2014-2016, Malaysia with 30% share in Asia (excluding Japan) is the largest SRI market in the region, as it recognizes Shariah-compliant funds as part of the SRI universe. In 2014, the Securities Commission of Malaysia introduced an SRI framework addressing the dearth of regulations and standards within the Malaysian market, and one that envisioned to serve as a benchmark for developing comprehensive standardised products that appeal to both Islamic finance and SRI markets. It also paved the way for crossovers between the various segments of the responsible finance universe – SRI, ESG and Islamic finance.

In 2006, Bursa Malaysia introduced its Corporate Responsibility framework, followed by Shariah based indices and corporate governance guidelines for listed companies in 2007. This was followed by the launch of the FTSE4Good ASEAN Index in April 2016. The index measures performance of publicly listed companies demonstrating strong ESG performance. These developments signify how Malaysia is focused on mainstreaming ESG integration.

In light of the above developments, Global Ethical Finance Forum (GEFF) 2017 will spearhead two exclusive case studies focusing on tracking the growth of responsible investment in emerging and developed markets. The sessions aim to analyse the cases of Japan and Malaysia, understand what lessons can be gleaned from them and whether their success can be replicated in other emerging and developed markets.

Across two power-packed days, GEFF 2017 will spearhead a series of sessions focusing on the massive opportunity that lies in mainstreaming ethical finance, one that requires concerted efforts to build meaningful dialogue across its three segments: Environmental, Social and Governance (ESG), Socially Responsible Investing (SRI) and Islamic/faith-based finance. The forum aims to drive thought leadership across a wide range of topics including green bonds, financial inclusion, ethical banking, amongst others, with the vision of bringing ethics to the forefront of business.

Middle East Global Advisors, a leading financial intelligence platform spearheading the agenda of sustainable and inclusive finance, will convene the second edition of the much-coveted GEFF in Edinburgh, Scotland. Based on a strategic partnership with Islamic Finance Council UK (UKIFC), the Forum will be held under the patronage of the Scottish government, supported by the UK government and will be hosted by the Royal Bank of Scotland (RBS), building upon the legacy of the inaugural Forum held in September 2015.

The theme for GEFF 2017 – “Ethical Finance: Merging Profit & Purpose”, is in line with the Forum’s aspiration to serve as a platform of convergence and collaboration across the responsible finance universe, and to forge a vision for a more inclusive and sustainable financial system.

The forum will take place on September 13-14 at the Royal Bank of Scotland (RBS)’s prestigious Conference Centre in Edinburgh, Scotland. 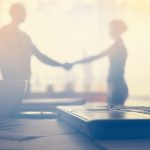 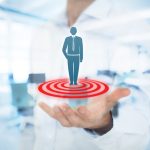