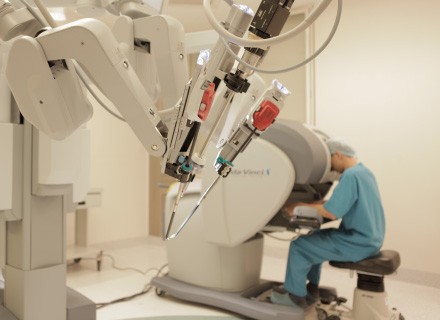 As with many travel-related industries, medical tourism is being boosted by rapidly growing outbound Chinese healthcare traveller flow. Thanks to an expanding middle class, a fast ageing population, and surging demand for cosmetic surgery, the number of Chinese who travel out of China for medical treatment has hit the 20 million mark.

Thailand has been a popular medical treatment location for visitors from Europe, the Middle East, and other regions in Asia for a long time. Between January and April 2018, the number of Chinese healthcare tourists to Thailand is reported to have increased by 30 percent. The Bumrungrad International hospital in Thailand reputedly receives more foreign patients than any other hospital in the world. Thailand now has 66 JCI accredited hospitals which rank it fourth in the list of countries with the most JCI accredited hospitals after Saudi Arabia, China, and the UAE.

Amid all the interest in the Southeast Asian countries, one country is emerging fast as a breakout nation among the healthcare tourism destinations in the region – Malaysia. Malaysia’s healthcare tourism industry grew at a CAGR of 17 percent between 2015 and 2018 against a 15 percent growth rate of the Asia Pacific region as a whole.

In 2018, Malaysia’s healthcare tourism industry achieved close to RM1.5 billion ($361.7 million) in hospital revenue, excluding the figures for dental services and wellness clinics. This potentially added RM 5 billion ($1.2 billion) to Malaysia’s GDP. The calculation is based upon the multiplier effect estimated in the Global Wellness Tourism report by Stanford Research Institute.

A multiplier effect of 2.24 times hospital spending, which includes out of hospital spendings such as transportation, accommodation, and tourism activities, is used in the calculation for GDP impact in addition to adding the estimates for wellness and dental services. Previously in 2015, the Malaysian healthcare sector recorded a 23 percent growth in revenue following significant investments into promoting Malaysia as a healthcare tourism destination.

The majority of healthcare travellers come to Malaysia from Indonesia due to the availability of superior medical care facilities compared to home. The citizens of Pakistan and Bangladesh also visit Malaysia for the same reason. Singapore and Japan are the second and third biggest sources of healthcare tourists to Malaysia and patients from these countries are attracted to the cheaper healthcare treatments at world-class facilities available in the country comparable to those in their home countries. Similar reasons motivate Australian and European healthcare travellers to visit Malaysian hospitals.

The Malaysian government had said in 2017 that the country is targeting to generate revenue of RM2.8 billion or approximately $725 million from healthcare tourism in 2020. The plan is to target healthcare travellers from China, Myanmar, Vietnam, and India as key markets in addition to Indonesia. Healthcare tourism a key priority for the government – in 2016, the Malaysian government had invested $5.2 billion or approximately 10 percent of its budget in the healthcare sector to develop facilities, infrastructure, pharmaceuticals, and medical tourism.

The government is also redefining healthcare services in the country’s healthcare hubs Penang, Johor, and Melaka. It is developing six niche medical research facilities and several multi-speciality facilities in the region to develop it as a central hub for attracting medical and research investments and tourists. The Malaysian government had earlier identified medical travel as one of the National Key Economic Areas to drive the nation into the category of high-income nations by 2020.

Specifically, while presenting the Malaysian budget of 2018, the prime minister had announced major plans to make Malaysia as a key healthcare tourism destination. Among the decisions announced is one to promote Malaysia as the fertility and cardiology hub of Asia with the support of expanded eVisa services and high-end medical tourism packages. He also announced plans to introduce a flagship medical tourism hospital programme with special incentives.

The investment tax allowance for private healthcare facilities promoting medical tourism was also extended to the end of December 2020. In the budget, the prime minister also announced that the exemption of income on the value of increased export of healthcare services rate from 50 percent to 100 percent for private healthcare during the period 2018 to 2020. In addition, a tax incentive for investment in four- and five-star hotels was extended for another two years. The tax incentive for tour operators was also extended to 2020.

Cardiology and fertility treatments are already in high demand in Malaysia from patients of the target countries. Based on the flagship hospital programme, select hospitals will be able to step up organisational internationalisation. Smoother immigration clearances for medical travellers were also announced through the Malaysia Healthcare Traveller (MHTP) programme including the introduction of an eVisa and online visa application services.

The double tax deduction for accreditation expenses was also extended to ambulatory care centres and private dental clinics. Under Malaysia’s National Transformation Programme of 2015 that has a significant focus on healthcare, Malaysia has been able to become the 14th largest exporter of pharmaceutical products in Asia with local drugs being exported to over 50 countries.

The availability of low-cost airlines significantly reduces the cost of travel for patients and those who accompany them. In addition, Malaysia is centrally located in the APAC region making it easily accessible. The Malaysian government is also touting Halal treatment options to Muslim and Middle Eastern patients such as sutures and medical products that do not contain porcine (pork-derived) elements.

So how easy is for Malaysia’s healthcare tourism sector to achieve the targets set by the government? To increase its attractiveness as a healthcare tourism destination and to achieve the targets of the NTP, Malaysia has to increase the number of JCI accredited hospitals. It also needs more facilities like Thailand’s Bumrungrad hospital, which routinely sees up to 1000 foreign patients a day.

In addition, Malaysia will also have to focus on developing and marketing more treatments that are not widely available elsewhere in the region. Malaysia can also step up focus on wellness and prevention programmes to develop holistic wellness and prevention packages that can be marketed globally. The ability to offer Halal treatment options and caregivers of the same gender to Muslim patients is one aspect that can be developed into a differentiator that attracts Middle Eastern and Muslim patients worldwide. With the combined efforts of the government and the private sector, Malaysia’s healthcare travel sector is poised for an interesting period of growth. 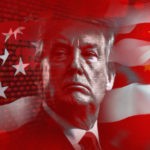 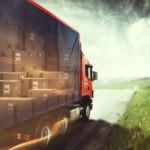 Logistics giants are at war with carbon emissions