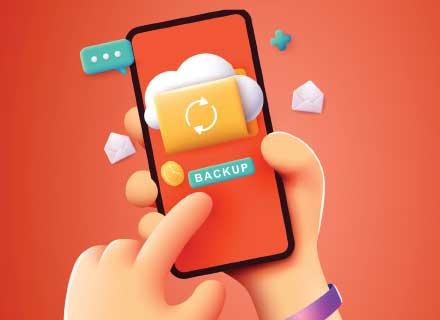 It is likely that you know someone who misplaced or lost their phones in the last few years. Or even worse, you are one of the unfortunate ones who had to survive the ordeal associated with losing your constant companion. There are also incidents where your beloved smartphone might suffer irreparable damage and you can’t access its feature or contents in any way. This can be as a result of a potentially fatal accident that a person survived like a car or a bike crash or an embarrassingly bad fall. Or comparatively better, your phone’s damage can be a result of a wear and tear issue which is fortunately without the involvement of your flesh and bones getting any scrapes.

There can be odd incidents of you dropping your phone into the water too and that would mean saying the last goodbye to the now-ubiquitous gadget. But once a phone is lost, it’s not only an innate communication device but a reservoir of a lot of contents that is close to your heart.

Thanks to technological innovations that are readily available to everyday individuals anywhere around the world, losing your phone does not necessarily mean that all your favorite photos from childhood, or important work drafts that you might have stored in your now bygone phone are lost forever.

Voila, that is cloud storage for the uninitiated.

Depending on the phone one uses, there can be more than one way of ensuring that your choice of files is stored on the cloud. And thankfully, for the majority of the public, quite a lot of this cloud space is free. This means spaces enough to store thousands of photos and videos.

Cloud storage is readily provided by the phone manufacturer through the operating system of the phone. Primarily here it means Apple or Android, and both of them give a limited quantity of cloud space for free for this purpose. Other than these, there are multiple other cloud storage providers too. There can be those provided by the phone manufacturers which use their own variants of Android operating systems like Xiaomi/ Redmi has its own cloud service. Then there are other independent cloud storage providers too which can back up your phone.

Those who do not want to use any of this easy-to-use, mostly automatic, zero-intervention solutions can choose to manually keep copies of your phone data on your desktop or laptop PC from time to time like on a weekly basis.

Android phones
Since Android phones are more common, we will start with them over their more expensive counterparts manufactured by Apple. Google, now Alphabet, which owns and operates the Android operating system has made it super easy in recent years to store the data on phones on the cloud. If there can be a complaint about this part of Google’s offerings is that all of a single phone’s data cannot be stored in a single app. Instead, there is more than one app for this purpose.

For photos and videos, Google insists on users make use of its Photos app (Google Photos). Most phones currently come with preinstalled Photos app as part of the Google bundled apps. If one uses a little dated phone, they can download the Photos app from the play store. For most phones of this age, the Photos app by default starts making a cloud backup of every photo clicked or saved in the phone’s internal storage, even those that are received through social media or emails. In case, one needs to ascertain if the auto backup is turned on then one can open the Photos app and click on the top-right corner to find ‘Photos Settings’. After tapping in, the backup and sync option needs to be selected which can be toggled on and off. In the same menu, there will be an option to choose the quality of the cloud backups. Based on the choice of the user, the file upload size can be altered.

Like photos, for audio including your favorite songs, Google has enabled YouTube Music to back up songs from your phone. Unlike photos, every single song has to be individually backed up.
For this, one has to visit the music.youtube.com website on any web browser and tap on the top-right corner to find the ‘Upload music’ option. Other than just backing up, users can also access these songs across devices using the YouTube Music app or by visiting the website.

For all other types of files on your phone, Google allows you to use Google Drive to take care of them. It is likely that your android phone has the Google Drive app by default. In case you don’t have the app, it can be downloaded from the Play store.

Once the app is open, one can press the + icon on the home screen to access the files on the phone and choose to upload them on the drive to save them to the cloud.

Other than your files containing photos, videos, music, and documents, your phone also has other necessary information like call record details, contacts, SMS, and the list of all your apps. For all these, Google One is the solution. In order to ascertain that these details are automatically saved on the cloud on the go, open the Settings app on your phone and find Google. Then, tap on the Google app and toggle on the Backup by Google One option.

In the same menu, there is an option to select Google Account data, through this one can choose to back up data from applications like Calendar, Docs, Google Fit, and Keep among others.

Currently, Google allows 15 GB of free space for every android account for the combined storage on its cloud. Any additional space is chargeable as per the plan that you choose to buy from them.

Apple devices
If you own an iPhone or an iPad, there is no need to worry about losing your data too. Just like Android’s backup features, Apple too has its fair share of counterparts for each of these applications. Just like the Android features, it’s likely that your Apple device will by default backup your precious data be it photos or documents. In order to eliminate any doubt about the same, tap on the Settings button on your iPhone and find the iCloud option on the menu and click on iCloud Backup and then choose the Backup Now option. After that, the screen will show the last date of update, and you can be sure that your data is getting saved on the cloud. Unlike, Android phones, iPhones need to be connected to a WiFi network for backup.

On the iCloud app, one can choose what are the types of files that they want to back up on the cloud.

Like Google’s different apps, Apple too has individual apps for photos, software updates, and even user names and passwords used for different apps using the iCloud Keychain.

Compared to Android, iCloud backup is payable beyond the initial 5 GB storage.

Unlike Android phones, which can be accessed via your desktop or laptop just by connecting a USB cable, you need to have iTunes on your computer to access your phone’s storage and then make a copy of the data using the iTunes platform.

Third-party cloud
While the native Android or Apple solution is quite a fit for an everyday user, there is no need to restrict oneself to the default solutions. There are options from the other tech behemoths like Amazon and Microsoft. Amazon Photos for one offers unlimited photo storage for Prime users, it’s bundled premium subscription for free deliveries to the video streaming platform. On the other hand, Microsoft offers free 1 TB of free cloud backup for those with Office 365 subscriptions.

For Android users, there are options like Super Backup and Restore and numerous other third-party offerings which offer a greater degree of flexibility. Further phone manufacturers like Xiaomi, Oppo, Realme, and Oneplus have their own set of cloud storage offerings that are tailor-made for their users. 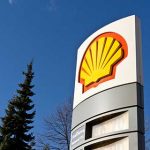 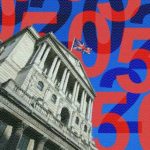