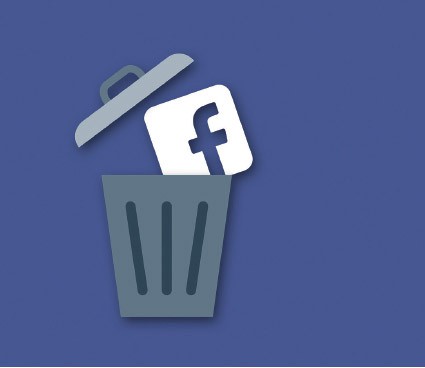 It has been a dramatic month for Facebook. Revelations made by Cambridge Analytica’s former research director did significant damage to Facebook’s brand value, with serious questions being raised on data monetisation techniques and lack of user privacy

This year, data privacy is the epicentre of debate in the world of business. While the EU gears up to implement General Data Protection Regulation (GDPR) in May 2018, it is a trying time for companies to understand how data should be shared and stored. Due west, Silicon Valley and thousands of other technology companies were thrown for a loop last month when Christopher Wylie, former head of research at data analysis firm Cambridge Analytica, stated that Facebook has been accessing personal information of at least 50 million users in 2014 and 2015.

One of the most lucrative offers made by the social networking giant was reams of user data to third-party app developers, atleast until 2015. In a Washington Post interview, privacy expert and cofounder of PersonalData.io Paul Olivier Dehaye suspected that the data breach went far beyond Cambridge Analytica’s reach, and once the data spreads, there is no way to get it back.

According to Statista, Facebook has 2.2 billion active users as of Q1 2017 – that’s exceeding the population of every nation on earth. With Wylie’s revelations, there was a huge fallback in trust, with many active users vehemently opposing Facebook’s ways of gathering and misusing data. One of the most incriminating instances of Facebook’s user base and brand equity taking a hit was when WhatsApp cofounder Brian Acton tweeted: “It is time”, adding the hashtag #deletefacebook. This started the outrage against the social media giant and its seemingly unethical ways of gathering and using data, and soon, #deletefacebook was trending across leading social media platforms. Interestingly, WhatsApp was acquired by Facebook for US$16bn, but that didn’t stop Acton from posting against Facebook on Twitter. Acton isn’t the only one directly associated with Facebook to take a stance against them. Last year, Justin Rosenstein – the creator of the famous “like” button – complained about the psychological effects of social media and the “pseudo-pleasure” of friends liking his pictures and updates on Facebook. Sean Parker, Facebook’s first president, admitted that being on a two-billion strong network “changes your relationship with society and with each other”. One of the most direct references to Facebook’s unauthorised data usage was by Roger McNamee, an early investor, who claimed that the company is directly responsible for the misuse of its platform by Russians and this claim has been exacerbated by Wylie’s latest confession that Russia could be storing some of this harvested data.

Things are not looking good for Facebook. Mark Zuckerberg showed up at a Congressional hearing earlier this month to justify his stance in the data leak, even as the company’s immense popularity tanks steadily. #deletefacebook became more than just a hashtag, it marked the beginning of the company’s brand equity. After Acton, several other renowned individuals have condoned #deletefacebook

Facebook had to do some immediate damage control. As the allegations spun around relentlessly, the company’s high-profile management frantically brainstormed over the next course of corrective action. According to Zuckerberg, Facebook’s users have not been deterred despite the negative press over the last few weeks. Changes made to the website in 2017’s last quarter have reportedly brought down time spent on the site by five percent or 50 million hours. Last April, a user uploaded a video of himself killing an elderly man, sending users in a tizzy over regulated content on the site. On April 9th, chief technology officer Mike Schroepfer said the company would place a link on everyone’s news feed to a privacy tool that would reveal if a user’s data was embroiled in the Cambridge Analytica scandal.

But, the highlight of this damage control process was Zuckerberg’s Congressional hearing on Capitol Hill in Washington. Apart from being subjected to some ridicule over his rigidness and almost robotic demeanour, Zuckerberg pulled through the ordeal better than expected, causing the company’s stock price to go up – during the hearings, TheStreet reported that Facebook’s value rose US$17bn. What also helped was the obvious ignorance of the Congress about how Facebook works, as none of their questions were deeply researched or incriminating. Even as Facebook employees breathed a sigh of relief at the turn of things, there is no denying that significant damage has been done to the way brand Facebook is being perceived.

And this has now turned the spotlight on other technology companies, namely Google and Twitter. According to CNET.com, multiple concerns were raised in Congress around user privacy. It became quite evident during the course of questioning that users in general have little to no idea how their information is used, opening a can of worms against multiple technology companies like Google and Twitter that monetise data. In November 2017, the heads of Google, Facebook and Twitter were called by the Senate but none of the CEOs showed up. With Zuckerberg’s appearance in Congress, all eyes are now on Google’s Sundar Pichai and Twitter’s Jack Dorsey to see if they work with the Congress to protect user data and eventually vouch for their respective brands’ credibility. 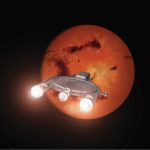 Has interplanetary banking become a figment of scientific imagination? 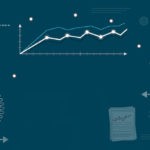