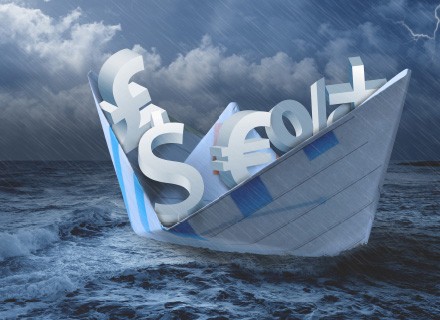 The Federal Reserve of the United States has announced its largest rate hike in nearly three decades as it intensifies its fight to bring skyrocketing consumer prices under control. It increased the Federal Reserve’s borrowing rate by three-quarters of a percentage point. The ramifications will be felt in practically every sector of the economy, both domestically and internationally. Here’s how global inflation will affect you.

More expensive mortgages and other loans
The immediate impact will be felt in the United States, where people will have to pay more for mortgages, credit cards, school loans, and other debt. The 30-year fixed-rate mortgage’s average rate has already risen to about 6%, the highest level since 2008. Monthly payments for someone buying a median-priced home in the United States have increased by around $600 since the beginning of the year.

Delores Robinson, a retired educator from Ohio who recently purchased a new apartment, says, “I wish I had started looking earlier.”

Ms Robinson says she was relieved to lock in a cheap rate, despite the fact that it was more than when she began her search. However, rising rates will put purchases out of reach for some buyers.

According to the National Association of Realtors, home sales in the United States are expected to drop 9% in 2022. This decrease may be distressing for those who have been unable to purchase, but it is also predicted to slow price growth to 5% in 2022, after double-digit increases in recent years. If this occurs, it will aid in the reduction of inflation, indicating that the Fed’s actions are having an effect.

Smaller pensions & more expensive Uber rides
When interest rates rise, investors tend to reshuffle their portfolios dramatically. Those movements have been increasingly prominent as general economic concerns have grown. Those with money invested in the stock market, such as those with 401k retirement plans (a feature of a qualified profit-sharing plan that allows employees to contribute a portion of their wages to individual accounts), have seen their investments plummet in value. The S&P 500 has lost more than 20% of its value since January 1, signalling a bear market, while the Nasdaq has lost over a third of its value.

Risky assets, like cryptocurrencies, have seen their prices fall, as the stock exchanges outside of the United States have also been hit. Investment firms are increasingly backing away from more risky enterprises, seeking profitability from companies like Uber, which has been losing money for years. That implies individuals will have to pay more for things like cab trips and delivery, or such businesses would close down, as happened with a number of start-ups in New York that promised 15-minute groceries.

“In times of uncertainty, investors look for safety,” Uber boss Dara Khosrowshahi wrote in a letter to staff last month about the steps the firm would take to try to boost its bottom line, including slowing hiring. “It’s clear that the market is experiencing a seismic shift and we need to react accordingly”, he said.

Job market slowdown and recession risk
As demand declines, the robust post-pandemic labour market, which saw employers compete aggressively for workers, allowing new recruits to demand higher pay and other perks and encouraging many to move professions for better, is coming to an end.

Property giants Redfin and Compass announced plans to lay off hundreds of employees, citing the downturn and rising rates as reasons. A spate of major corporations, including Amazon, Walmart, Tesla, and Spotify, has announced plans to reduce or eliminate employment.

Jerome Powell, the chairman of the US central bank, expressed optimism that the economy will escape widespread job losses, despite the fact that the US labour market remains tight, with nearly double the number of openings for job seekers. However, the economy was already suffering difficulties, as inflation raises business costs and reduces people’s purchasing power.

In the first three months of the year, growth had already slowed. While this was initially attributed to a data anomaly in foreign trade, other indicators, such as retail sales, have begun to deteriorate. Analysts warn the bank risks causing a persistent downturn, as rising rates clash with a weaker economy, also known as a recession.

Stronger dollar
The US dollar has gained 10% this year as a result of the Fed’s actions, which have prompted investors to migrate money to America in search of higher yields, boosting demand for the currency. It’s a silver lining for Americans considering holidays to destinations like the United Kingdom, where the pound fell below $1.20, its lowest level since the pandemic.

However, the rising value of the US dollar means that imports of goods such as energy and food, which are frequently traded in dollars, will be more expensive. This adds to economic difficulties, particularly if a government has a large dollar-denominated debt.

Fiona Cincotta, a market analyst at City Index says, “Emerging markets tend to be the markets that really do stand to suffer the most.”

Higher rates abroad
The US is not alone hiking in a vacuum. Dozens of other countries have also announced rate rises in recent months, including the Bank of England, and Switzerland. Australia and Canada.

Inflation is a war that many people are battling. They are, nonetheless, influenced by events in the world’s greatest economy. In nations where currencies are pegged to the dollar, such as Kuwait and Saudi Arabia, the impact of US rate hikes is nearly immediate, with banks increasing in lockstep to stem a money drain to the US. The economic story in the United States will continue to be keenly monitored as those changes take effect.

US economy can deal with inflation
Meanwhile, President Joe Biden says he’s confident a US recession isn’t inevitable, but inflation is soaring. Speaking to the Associated Press, Biden said the US economy wouldn’t necessarily fall into recession, even as growth slows and inflation stays strong.

“First of all, it’s not inevitable. Secondly, we’re in a stronger position than any nation in the world to overcome this inflation”, he said.

Inflation has been rampant in the United States, with an annual rate of 8.6% in May, the highest in 41 years. As Western sanctions on Russian energy exacerbate the general gap between global demand and supply, fuel costs are at the heart of the surge in consumer prices. However, the cost of basic commodities and shelter is also rising rapidly.

The Federal Reserve took a bold step, boosting the benchmark interest rate by 75 basis points to combat inflation. This was the greatest rate hike since 1994, and more is on the way, with Fed policymakers predicting that rates will need to rise to around 4% in 2023, the highest level since early 2008.

Despite the Fed’s efforts and Biden’s optimism, a number of prominent economists and investors have warned of an imminent recession in the United States. Economists at Wells Fargo said the steep rate hikes will raise borrowing costs across the economy and are likely to tip the US into a “mild-recession,” in mid-2023.

Morgan Stanley’s chief strategist Mike Wilson, who correctly anticipated the last three stock market crashes, stated that the likelihood of a recession has increased as a result of the introduction of higher rates.

Wilson, though, believes that even if the Fed achieves a soft landing, the stock market will remain chaotic. He expects the S&P 500 to drop another 10% from its current level to as low as 3,400 points, with the Nasdaq 100 following suit.

The stock market where millions of ordinary people invest is on track for its worst week of losses since March 2020 as inflation and recession fears mount. Earlier this week, it officially tipped into a bear market, having lost more than 20% in value from a record high in January.

Richard Hunter, head of markets at trading platform Interactive Investor said for the moment, the mood is clear. Investors globally are questioning whether any global growth is possible amid the current monetary shackles and are giving risk assets a wide berth at the slightest excuse.

According to the American Automobile Association, consumer opinion toward the US economy is gloomy, as high petrol, food, and home prices affect Americans’ wallets. As a result of Russia’s sanctions, gas prices have surged to new highs, with the average national gas price now above $5 per gallon.

Consumer confidence has plummeted to new lows. In June, the University of Michigan consumer confidence index fell to a new low of 50.2, as a failing economy, rising costs, and personal financial concerns hit home. For millions of Americans, the economic slowdown is a major concern. According to Google Trends, more people in the United States have searched for the term “recession” this year than at any point before 2004. 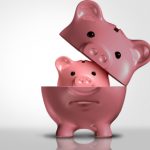 A little less of everything: The era of skimpflation