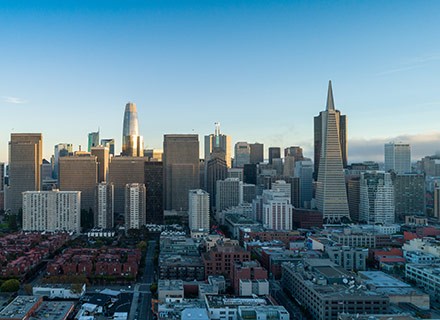 With more than 300 unicorns and nearly 20 decacorns globally, analysis by RS Components and CB Insights reveals how many more will join their league

The term ‘Unicorn’—referring to a privately held startup company valued at over $1 billion—was coined by venture capitalist Aileen Lee in 2013, choosing the mythical creature to represent the statistical rarity of such highly valued ventures.

As of January 2019, there are more than 300 unicorns around the world. A variant of the unicorn is the decacorn, which refers to companies valued at over $10 billion.

This coming year is expected to be shaped by decacorn IPOs, with at least five of the nine US-based startups valued at more than $10 billion by private investors expected to go public in 2019. But exactly how long does it take for them to reach decacorn status?

RS Components has investigated how quickly it took some of the world’s leading businesses to go from unicorns to decacorns.Of the ridesharing startupsaiming for success Uber, Lyft, Didi Chuxing, and GrabTaxi have already hit $10 billion.

Similarly, Didi Chuxing, reportedly looking at a $80 billion valuation from its still in the works IPO, is a Chinese ride-sharing, artificial intelligence, and autonomous technology conglomerate. Headquartered in Beijing, the company offers services including private car-hailing, social ride-sharing, and food delivery to Chinese users through smartphone. Didi Chuxing reached decacorn status only six months after reaching unicorn status in December 2014, two and a half years after being founded.

Lyft, a ridehailing unicorn from the US,is in its initial weeks as public company and it is in a stiff competition with Uber. Lyft was valued at $24.3 billion in its IPO this year. The company priced its IPO at $72 per share, which was slightly above its initial offering between $70 to $72 per share. However, at the start of its IPO roadshow, the company had disclosed a price range between $62 to $68 per share.

Despite its name, GrabTaxi is not just a taxi service—it offers food delivery services too. At the young age of two and a half years, it reached $1 billion (unicorn status) in valuation. Just three and a half years later it hit the decacorn status and is currently valued at $11 billion.

So, why is the on-demand transportation industry doing so well in reaching its unicorn and decacorn milestones? The ease of adoption of technology has helped these companies to create apps that make getting from A to B far easier and quicker.

The total number of decacorns grew 67 percent from 2017 to 2018. So, what can we expect to see in 2019 with the new wave of unicorns rising through the ranks?

Summer seems to be the season for ‘decacorn-ing’ with 45 percent of decacorns achieving their status in June or July of 2018.While predicting trends, we can expect to see new companies reach unicorn and decacorn status or go for IPOs around this summer, too. But which type of companies can we expect to see in that league?

According to CB Insights, the technology and mobile service industries are among the easiest ones to achieve unicorn status in. A new algorithm used alongside CB Insights data helps predict the companies that are expected to become unicorns and decacorns.

The 50 predicted future unicorns hail from various industries and the median company has received about $111 million in total funding. The majority are based in the US, with 22 from California, five from New York, and two from Massachusetts.

Some of the companies that are expected to reach unicorn status in 2019 are in the technology industry and include mobile software as well as internet services startups. MapBox is a company based in the US that is a large provider of custom online maps for websites and applications such as Foursquare, Lonely Planet, Facebook, the Financial Times, The Weather Channel, and Snapchat. Not only is MapBox worth $225 million, but it is working alongside some of the biggest brands in major industries, so, it is likely to become a unicacorn in the summer of 2019.

C2FO is a fintech company that takes control of your capital to help improve cash flow. Founded in 2008, the company is now worth $200 million. C2FO was also previously known as Pollenware. Not only is the company in CB Insights’ top 50 companies to possibly achieve unicorn status in 2019, but it also ranks ninth.

The total number of decacorns grew 67 percent from 2017 to 2018 (from 12 to 20). At the rate companies are progressing to unicorn status we can expect to see more and more of them achieving decacorn status in 2019.There are currently over 20 companies in the ‘decacorn’ club and it’s predicted that this figure will increase to 30 by 2021. 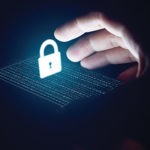 Why are banks the most vulnerable to cyber threats? 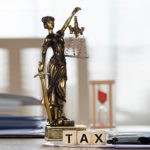 Ignore at your peril: The UK HMRC’s new tax letter is a warning to tax cheats