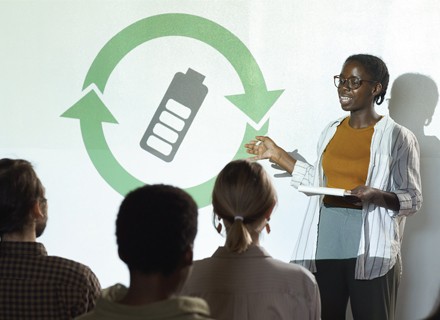 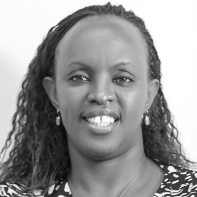 Despite the fact that the story of the need for ‘empowering women’ is being told time and time again, tangible progress is yet to be achieved. We have about 759 million people around the world that have no access to electricity. In Zambia, the national access to electricity averages at 31 percent, 67 percent of which is made up of the urban population and only 4 percent of the rural population.

Given the significant role of the woman in African societies and Zambia in particular (whether she is employed in the formal or informal sector), at Widenergy we believe that providing renewable energy as a catalyst for development cannot be achieved without including women. There is a need to identify and remove structural gender-specific barriers that females face, alleviating energy- poverty, and increasing their participation and leadership in developing gender-responsive energy policies.

Reducing gender gap is key
Empowering women in rural Africa is achievable if the government makes an intentional decision to reduce the huge existing gender gap in the renewable sector. Women represent 32 percent of workers in renewables, according to a new survey and analysis conducted by the International Renewable Energy Agency (IRENA). This compares to 22 percent reported in traditional energy industries like oil and gas and over 48 percent in global labor force participation. Involving women in the renewable energy sector will bring systematic change and will significantly improve their quality of life. Empowering women at community levels will strengthen economic, equitable pace and social progress. It goes without saying that such progress will need a strong commitment from governments.

At WidEnergy, we pride ourselves in our unique last mile distribution operation structure: We conduct direct sales in local communities, done by our door-to-door sales agents that we recruit and train. In an effort to make diversity and inclusion a reality, which have proven to significantly contribute to both great customer experience and women empowerment, 40 percent of our sales agents are women – they own the sales and the on-boarding process. This strategy has enabled our female sales team to leverage their natural ability to relate with the social context of our customers, gain confidence in their contribution to building better communities and establish solid and long-lasting relationships with our customers. Our female agents benefit from the fact that they become known and respected in both their neighbourhood and communities. They have reported feeling empowered by the work they do coupled with the fact that they also get to empower fellow females in their communities – a leadership attribute that gives them tremendous satisfaction.

Similarly, in most of the rural off grid areas in Zambia, where we operate, women are the real agents of change: they promote the use of renewable energy by explaining to their fellow neighbours who are still using unclean energy, often times through lived experiences, how such energy is harmful to their health and has long-term consequences on the environment.

They showcase the use of solar home systems within cooperatives, saving groups and other already existing female-led structures in their communities. Considering the majority of households are run by women, with the man as main provider (i.e. hardly involved in the day-to-day home nitty-gritties), having female agents explain how using the solar home system enables longer hours of study for the children, better health for the whole family and better quality life is more relatable and allows the customers to freely engage while they might have been shy and unable to fully engage with a male agent. This gives our female agents a platform and ability to inspire their communities. In addition to earning money for their households, the newly empowered women also increase the usage of clean energy. Household by household.

Leading from the front
As WidEnergy we value gender equality of our beneficiaries. We provide them with affordable and quality access to renewable energy. Since our Solar Home System kits are bundled up with mobile phones, it gives our beneficiaries (56 percent of which are female) more opportunities to access other digital platforms such as Mobile Money, recently classified as one of the catalysts of sustainable development by the GSMA and the UN. Access to renewable energy has given our female beneficiaries an opportunity to sustain and scale up their small business activities.

Such is the case of our customer turned Sales Agent—Patricia, from Chibombo who runs a small shop selling fast moving products. She narrates how with the savings she made from operating longer hours at the shop and at the small tavern she owns, she has been able to send her kids to school and built herself and her two children a better home. Patricia says that the best reward is being able to provide for her family. Being empowered has given her a voice, and she has seen first-hand the effect it has on her as well as her community.

Rachel was our first female sales agent for our Solar Home System kits, back in 2018: She is a mother of 9 who took up the challenge of becoming a sales agent, defying the belief that it is a ‘male’ job. Rachel has purchased a solar home system for her home enabling her to improve her life and that of her household from the commissions she receives from selling Solar Home System.

Women in the rural areas face the brunt of all the challenges associated with energy poverty. Prior to becoming a sales agent, Rachel explained to us challenges she had such as time management, having to waste long hours gathering wood and preparing dinner for the family in the dark. This Entrepreneurship opportunity allowed her to change her story– it allowed her to be the talk of the town—In a good way as she quickly became the focal point where people could access clean energy. She easily tells the story of an empowered woman, and the ripple effects of it, in terms of savings in the households, improvement in her children’s education, better health, and family quality time.

Advocating renewable energy through direct consumption
In my opinion, empowering women is enabling them to tell the story themselves: it’s allowing them to become advocates for sustainable energy, empowering them with knowledge and employment.

Renewable energy can empower women in rural off grid areas. These women are in most cases, the direct consumers and beneficiaries of renewable, clean energy. To achieve this, we need to create an environment that would enable the industry to create better employment and entrepreneurship opportunities for women in off grid rural communities.

At WidEnergy Africa, we are empowering women with our last mile distribution model of clean, reliable and affordable energy solutions, one household at a time. We do believe that improving the lives of the many who have no access to electricity and enabling them to have better health and better education for their children will allow us to change the narrative on the African continent. 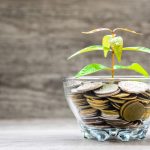 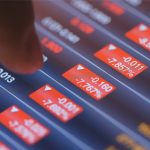