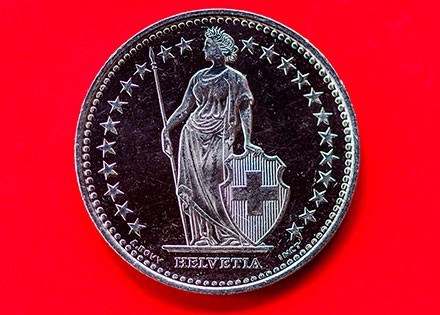 June was a crucial month for Switzerland, which was on the brink of deciding the fate of the global financial and banking system. On June 10, the Swiss voted against sovereign money – a concept floated by the Vollgeld Initiative, which aims to make the Swiss National Bank the sole holder of Swiss Francs, and not any of the private or public Swiss banks.

This referendum could have thrown the global financial system into a loop, as it essentially indicates that a major financial hub like Switzerland can radically change the way its banking system works, and could very well pave the way for other countries to follow suit. However, the final vote – more than three fourths of the Swiss voted against it. Although initial exit polls indicated a real chance for Vollgeld – 45% were against it while 42% voted in favour. Thomas Jordan, chairman of the Swiss National Bank claimed that Vollgeld was an unnecessary and dangerous experiment that would damage the Swiss economy.

However, this isn’t the first time a sovereign money initiative has been suggested. So what’s the Vollgeld all about and why have economists and professors recommended to legislators for decades now?

The Vollgeld Initiative has two main components – a 100% reserves requirements for banks and a monetary reform policy. The reserve requirement means all deposits in Swiss Francs would have to be kept in reserves in the Swiss National Bank only – commercial banks would no longer be able to use any of deposits to finance their lending activities like they do now. Swiss money becomes sovereign money, controlled by the Swiss central bank.

Why is sovereign money being sought after? Contrary to money issued by banks, base money issued by the central bank doesn’t have to be repaid, according to a paper by Urs Birchler and Jean Charles Rochet, banking professors at the University of Zurich. The ones pushing the propaganda of the Vollgeld Initiative don’t see currency issued by the Central Bank as debt of the Swiss National Bank, overriding the need to buy securities that would guarantee the value of the currency lent by the SNB.

Surprisingly, there is a sufficient wave of support in favour of the Vollgeld Initiative and there are multiple reasons why. A primary reason for Swiss economists and citizens being in favour of the initiative is the avoidance of bank runs, which is a situation when depositors would like to remove large amounts of their money at the same time. This cannot happen in the current system, as banks seldom have the kind of financial reserves to pay back depositors, and this could result in bankruptcy.

Interestingly, this won’t be the first time that 100% reserves has been recommended. It came up as early as 1933, around the Great Depression and possibly US’ worst financial crisis, by a group of professors at the University of Chicago. They even presented the ‘Chicago Plan’ to President Franklin Roosevelt, who was close to implementing it but was ultimately convinced by a group of American bankers to drop the idea altogether. Even the 2008 financial crisis brought back the topic of 100% reserves by many influential bankers such as Mervyn King, governor of the Bank of England; Wilhelm Buiter, chief economist of Citigroup, Adair Turner, head of the UK Financial Services Authority and Financial Times journalist Martin Wolf. Even the governments of the US, UK, Iceland, the Netherlands and Switzerland have contemplated this initiative so far.

Another school of economists argue that debt-free money would radically change the way banking is done. Supporters of VGI argue that the Swiss National Bank can keep an account of government-approved money, which it has no obligation to repay as its debt-free. These notes could be issued without a counter-party, by distributing it to the Confederation, cantons or to the Swiss directly. This especially comes across as revolutionary as the SNB has done away with the practice of converting Swiss Francs into gold from 2002 – the SNB doesn’t have to maintain gold reserves and foreign currency against the currency it issues. The 100% reserves requirement would imply that Swiss money in circulation coincides with base money controlled by the SNB.

This notion is actually being widely debated by multiple reform groups and finance organizations, most expectedly in a bid to mitigate the power exercised by commercial banks, who the supporters of VGI believe have brought about financial and economic instability.

There are many other reasons what a potential vote in favour of Vollgeld means, elaborated by Birchler and Rochet in their paper.

Why the Swiss should vote in favour of Vollgeld?

Meanwhile, a recent report by renowned business journalist Martin Wolf in the Financial Times elucidates why Switzerland should give the Vollgeld Initiative a serious thought. Wolf, in his report, believes finance needs change and for that, requires experiments. According to a database compiled at the IMF, 147 individual banking crises occurred between 1970 and 2011, affecting small nations like Guinea to even big ones like the USA. Its simple, explains Wolf. Banks create cash, a public good, as a byproduct of their lending. So what happens during a crisis? These bank assets are risky and least safe, at a time when people who have invested or deposited their hard earned cash, need it to remain so. The Vollgeld Initiative can make banks safer – by turning liquid deposits into sovereign money.

Let’s not forget that Thomas Jordan, head of the Swiss National Bank, is not in favour of this shift, which he believes will cause a mini earthquake. Besides, there is no clarity on what this sovereign money will be used for. This move would definitely place a lot of power in the hands of the central bank, but it has to be elaborated how ethical it chooses to stay and keep the interests of the public safe – the very point of creating the Vollgeld Initiative. 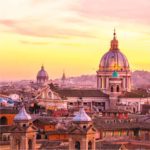 Italy, a test for the European Union and its financial stability 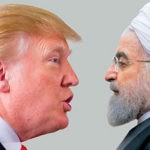 Iran locked out again – What happens to trading favourites in Europe?