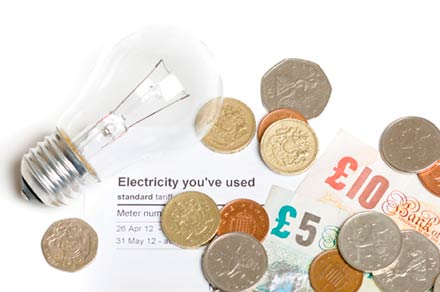 In times of political turbulence, there is a high risk of power supply being disrupted as felt by residents of the UK now. Phil Foster, managing director of Love Energy Savings weighs in on how international politics will directly impact energy prices this year

The influence of political change extends far beyond the walls of the House of Commons. Even small acts of legislation can send shockwaves through many different industries, not least the energy sector. Energy is innately tied in with political change because the supply of energy is such a large-scale procedure. The supply of energies like gas, electricity and coal requires a huge amount of logistical aid, which means it requires backing from a multitude of government bodies.

In times of political turbulence — the past two years being a quintessential example — there is a higher risk that supply could be disrupted. UK residents are now feeling the ripples of a global shift, a chain reaction caused by a number of political factors that have come into play in recent months, both domestically and elsewhere. And with energy bills getting more and more expensive as a result, the question on many lips is how the ongoing rocking of the governmental boat is going to trickle down into energy prices in the year ahead, Business energy experts, Love Energy Savings answer the important questions about the future of energy prices in 2018.

How UK policies will impact energy prices in 2018

Britain’s prominence in the North Sea was once the source of most of the UK’s oil, but those reserves are being rapidly depleted. That leaves the UK in a position where it is increasingly reliant on Europe for its energy; where we used to be a net exporter, we now rely primarily on imports. This reliance puts the UK at a disadvantage in negotiations to leave the European Union. In January, a House of Lords committee warned that Brexit risks driving up electricity and gas bills by making energy trading less efficient. Leaving the EU will diminish Britain’s influence on energy rules, despite having to adhere to them in the future.

Even before Brexit became central to the debate, the escalation of energy prices has been a key political issue: energy bills in Britain have doubled over the past decade. In response, the government announced that it would implement a price cap, a policy that re-emerged into the public dialogue following the 2017 Conservative Party conference. According to Ofgem, the price gap could come into effect by Christmas 2018, though it’s not yet clear what this cap might be.

Leaving the EU also has implications about the UK’s commitment to renewable energies, too. The lack of government support for renewables following the withdrawal of the Feed-in Tariff (FIT) and Renewable Obligation for new projects has damaged the role that solar and wind could potentially play.

The impact of international politics on energy prices

Though Brexit is certainly a huge political card at the moment, there are other international factors at play that are likely to have an impact, too. The UK belongs to a global complex, so energy prices can be affected by a political event that might not even be directly tied to us.

The three big international players to watch are Russia, China, and the United States.

The political climate in the US is turbulent at best since the election of Donald Trump. Trump’s volatile relationship with allies to the US has had unprecedented consequences, including the removal of the US from the Paris Agreement in June 2017. Other presidential decisions that could impact energy around the world include Trump’s recognition of Jerusalem as the capital city of Israel, and the subsequent transfer of the US Embassy from Tel Aviv to the city. Damaging relations between the US and the Middle East in this way has broad implications about oil, not just for North America but for anyone that sources oil from the Middle East in future, including some parts of Europe. A reduction in oil supplied from territories in the Middle East has a trickle-down effect that will hurt the UK more if it doesn’t have priority access to EU reserves.

Another unstable energy supplier is Russia. The state-backed gas giant Gazprom has steadily increased Western Europe’s reliance on Russian gas in the past few years, with major customers being Germany and the Netherlands. Russia currently supplies 35% of Europe’s gas; in turn, 44% of the UK’s gas is from European pipelines. With Russia as a bottleneck for the UK’s gas supply, diplomatic tensions with the Russian government – like the current accusations following the nerve-agent attack on an ex-Russian spy Sergei Skripal and his daughter Yulia — could have drastic effects on UK energy prices.

What can businesses do about their energy prices?

Businesses are the main users of energy on a day-to-day basis, so they’re likely to be hit more by changes in energy prices than domestic users. Though political change can’t be averted, business owners do have options that will help protect them from the fallout in the energy sector.

Oftentimes, businesses can be stuck using outdated, inefficient equipment, which over time can cost them thousands every year. Conducting a comprehensive annual review of all the equipment that staff use is a smart way to find appliances that waste energy so you can identify ways to save money.

Training staff to be more aware of their energy usage — and how to reduce it — can also help shave a significant portion off energy bills.

Also consider which processes in the company are highly demanding energy-wise. Running these processes at off-peak times (look into the Triad charging system) is an easy way you can save on energy costs without having to reduce the amount of energy you use.

Though not met with the same government incentives that were previously available, switching to a renewable energy supplier comes with a whole host of benefits. Renewable energies are becoming cheaper and cheaper every year as more people adopt them, and you can compound the amount you end up saving versus a standard energy source by investing sooner rather than later.

Be sure to research and assess the up-front cost against the monthly saving to understand how long it will take until you see tangible returns on your initial investment.

Because the energy sector is so influenced by politics, both domestic and global, traversing your energy options can be very tricky.

Getting help from a reliable energy expert like Love Energy Savings is a smart way to ensure you don’t fall into any pitfalls and end up paying more as a result. They can help you make decisions based on changes in legislation and geo-political events as they unfold so you can anticipate what’s going to affect your business ahead of time and plan accordingly. 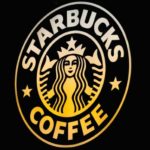