Smart development” and “smart solutions” are the use of information and communication technologies to tackle pressing development problems, such as poverty and access to basic services.

Everyone is talking about “smart development” and “smart solutions” – the use of information and communication technologies (ICTs) to tackle the most pressing development problems such as poverty, access to basic services, and job creation.  But if a whole country decided to become “smart” what would that look like to its citizens, government, and private sector?

This is the challenge that World Bank staff and clients in Rwanda took up with Smart Rwanda Days, held in Kigali in June.  Co-sponsored by the Rwanda Ministry of Youth and ICT, the Rwanda Development Board, and the World Bank, with the support of bilateral donors, the event brought together more than 250 representatives of government, private sector, academia, media, and civil society to “co-create” the Smart Rwanda concept.

This was Rwanda’s first co-creation event, and with over 500 online followers each day, it was one of the biggest crowdsourcing exercises ever conducted by the World Bank in Africa.  Experts from 11 countries shared experiences in using ICTs to create innovative solutions to development problems such as transportation, education, and agriculture.

In her opening remarks, Carolyn Turk, World Bank Country Manager for Rwanda, congratulated the country for its progress toward ICT sector development and growth. “The penetration of mobile phones has gone from just 8 percent to 60 percent in the past five years, and the fiber optic backbone now exceeds 2,503 km,” she said.

The event team used global outreach through social media to help establish core teams around the 10 pillars.  This included a blog post by Rwanda’s Minister of Youth and ICT, Jean Philbert Nsengimana; tweets by Prime Minister Habumuremyi, Finance Minister Gatete, and others using the #SmartRwanda hashtag; posts on LinkedIn and Facebook; and crowdsourcing of ideas using Google Moderator.

Samia Melhem, the World Bank’s lead ICT policy specialist, noted that Smart Rwanda Days was “part of a broader initiative to use the power of ICTs to transform how we think of development solutions, and how we deliver those solutions.”

A key outcome was identification of critical problems under each pillar and quick wins – solutions aligned with Rwanda’s development strategy that can be implemented rapidly. Participants’ suggestions included:

• A “smart calendar” for all the government’s activities, to allow better coordination of missions, conferences, and site visits.

• An ewaste recycling project to reduce the environmental footprint of modern gadgets and household electronics, while creating thousands of jobs.

• Smart solutions to enable farmers and cooperatives to participate in the knowledge economy and trade their commodities by leveraging platforms such as the eSoko mobile marketplace (for which Rwanda already won two international awards).

“This was the best ICT sector workshop in Rwanda in recent years,” Nsengimana said. “It has raised awareness, ownership, and support to a level beyond our expectations, as evidenced by the strong and public support of the prime minister, minister of finance, Kigali city mayor, and other top leaders.  I am equally excited that the private sector is fully on board.”

Smart Rwanda Days was part of the High-level Experts, Leaders and Practitioners (HELP) program, financed through the Korean ICT Trust Fund, which supports e-Transformation initiatives in developing countries. Partner governments, such as Korea and Japan, and private sector partners, such as SAP, HP, and Visa, affirmed their commitment to support the Smart Rwanda and Smart Africa agenda.

The next step is the “Transform Africa” regional summit in Kigali on October 28-29, 2013, with 12 heads of state slated to participate. Melhem said other Bank clients, including Tanzania and Uganda, had also expressed interest in joining the “smart countries” movement. At the closing of Smart Rwanda Days, Turk encouraged participants to imagine the human impact of a “smart country” – what would the lives of farmers or girls look like five years down the road? 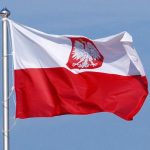 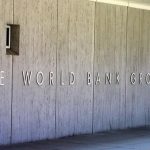