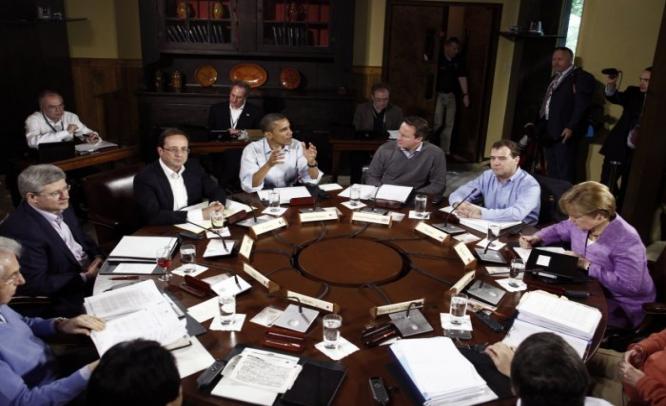 The leaders of world’s eight most powerful nations have begun talks in Northern Ireland with Trade, Transparency, Tax and Syria to dominate the agenda. 19th June 2013 International Finance Magazine reports on issues on top of the table in the G-8 summit, trade ties between the E.U and the U.S., the Syrian war and British PM David Cameron’s strategy of ending tax avoidance. Talks were...

The leaders of world’s eight most powerful nations have begun talks in Northern Ireland with Trade, Transparency, Tax and Syria to dominate the agenda.

International Finance Magazine reports on issues on top of the table in the G-8 summit, trade ties between the E.U and the U.S., the Syrian war and British PM David Cameron’s strategy of ending tax avoidance.

Talks were on course for what is being hailed as the ‘biggest bilateral trade deal in history’ at the G8 summit which began in Northern Ireland yesterday. The prominent highlight of the day was the premiers of G8 nations opting for an informal look while addressing a joint press conference; the leaders removed their ties to strike a casual look to the shutterbugs. Mr.Cameron was quoted saying that the trade ties would bolster trade deals between the US. and other European countries. The British Prime Minister said talks to break trade barriers between the EU and the United States could generate two million jobs and rejuvenate global economies to a great extent. David Cameron opined there are no other powerful ways to achieve that than boosting trade and there’s no better way of launching these negotiations on a landmark deal between the European Union and the U.S. The deal if negotiated successfully would add £ 100 billion to the ailing EU economy, £ 80 billion to the U.S. economy, £ 10 billion to the U.K. and as much as £ 85billion to the rest of the world.

The deal would make it easier for businesses in the EU and the U.S. to trade with each other. America will host the first round of negotiations next month. President Obama has hailed the agreement as a “potentially groundbreaking partnership”. “I am hopeful that we can achieve the kind of high standards, a comprehensive agreement that the global trading system is looking us to develop. America and Europe have done extraordinary things together before and I believe we can forge an economic alliance as strong as our diplomatic and security alliances.”

The two leaders also visited Enniskillen Integrated Primary School with their ties intact much in contrast to their appearance in a press meet where they had opted for a casual appearance without their ties. En route in the president’s armoured car, known as the “The Beast” the leaders discussed the Syrian crisis and the irresolute international opinions on the Syrian crisis which has so far claimed more than 80,000 lives.

The main agenda for the world’s eight most powerful nations are trade, tax and transparency. However, the conflicts in Syria threaten to overshadow the proposed agenda. Obama had earlier announced he would consider supplying weapons to the rebels to fight against the Assad rule.

But both the leaders have decided to set aside the difference of opinions on the Syrian issue and shall strive for an effort to bring down the country’s bloody war. President Obama said “With respect to Syria we do have differing perspectives on the problem but we share an interest in reducing the violence and securing chemical weapons and ensure they are neither used nor subject for proliferation”

The Russian president said “We agreed to push the process of peace talks and encourage the parties to sit down at the negotiation table and organize the talks in Geneva”.

The co-operative tone of both the leaders has provided a glimmer of hope to end the bloodshed in Syria. Russia has been a dependable ally of Syria and Putin is openly defending his support to Assad. Obama and other G-8 leaders are striving to end the conflict through negotiations between the government and rebel groups. Canadian Prime Minister had criticized Russian premier Vladimir Putin for supporting the Assad government just before the G-8 summit. Quoting reporters he said “I don’t think we should fool ourselves. This is G7+1. Let’s be blunt”.

Russia which joined the G-8 nations in 1997 is inviting the wrath of other nations which includes Canada, U.S., Britain, Germany, Italy, Japan and France.

Divisions over Syria has dominated the atmosphere as global leaders have met in Northern Ireland, a place once rocked by years of violence but which Britain now wants to showcase as a model of conflict resolution.

Apart from the trade deals and Syrian war, international measures for tax avoidance are on top of the agenda in G-8 summit. Avoiding taxes is depriving global governments of approximately $ 3 trillion a year in revenues. David Cameron has urged G8 leaders to setup registers that will allow tax collectors to see which corporates and individuals are using shell companies to hide their revenues and profits. 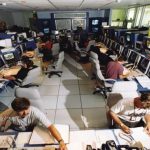