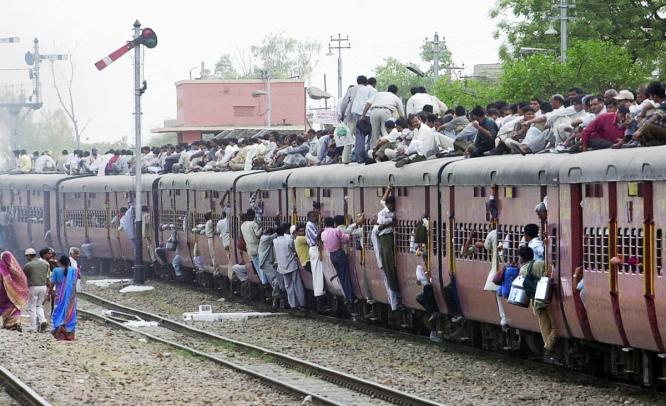 Sharan Lal says that the announcements on FDI send out a strong message that the newly elected government would promptly draw up action points where ever required July 30,2014: Earlier this July, Arun Jaitley, the Finance Minister of the recently elected NDA government in India, pleased the Indian markets by his announcement on increase in FDI limits in sectors such as Defence and Insurance and...

July 30,2014: Earlier this July, Arun Jaitley, the Finance Minister of the recently elected NDA government in India, pleased the Indian markets by his announcement on increase in FDI limits in sectors such as Defence and Insurance and by easing of FDI norms for the construction sector.  By announcing these proposals, the Finance Minister has sent out a strong message that the newly elected government would not procrastinate and would promptly draw up action points where ever required.  Though the NDA government has begun working on its plans to attract foreign investment, it has continued to oppose the proposal with respect to FDI in multi-brand retail in India.

Defence: Jaitley, in his budget speech, said that India is the largest buyer of defence equipment in the world but India’s domestic manufacturing capabilities are at a very nascent stage.

…Currently, we permit 26 per cent FDI in defence manufacturing.  The composite cap of foreign exchange is being raised to 49 per cent with full Indian management and control through FIPB route,” added Jaitley.

There have always been differing views on the issue of increasing the FDI cap for the defence industry.  While one group is of the view that FDI in defence is a long awaited necessity, the other group which primarily comprises of companies with a vested interest (due to the possibility of them winning handsome payments via defence contracts) are completely against it.  Many foreign players in the defence industry have been seeking to grow operations in India and have thereby been rooting for the increase in the FDI cap.  The foreign players, such as Boeing, Rolls Royce, EADS etc, have in the past stated that they would undertake more extensive and high end technology transfers to their Indian subsidiary/ joint venture set-ups in India provided they had more control.  Keeping the larger interests of domestic and international players in mind, Jaitley announced an increase of 23 per cent in the FDI limit for the defence sector.

Separately, Jaitley also increased military spending to Rs 2.29 lakh crore: basically, an increase of 12.5 per cent over the previous fiscal.  Most of this increment is to budget for increased expenditure on salary and pensions of armed forces personnel, implementation of the ‘One rank One pension’ scheme.  Further, another Rs 5,000 crore was allocated towards capital expenditure for acquisition of new weapon systems and hardware.  Apparently, due to several defence deals being hit or scrapped due to payment of kickbacks and involvement of middlemen, Jaitley also said “Urgent steps would also be taken to streamline the procurement process to make it speedy and more efficient.”

In order to support companies engaged in research and development of defence systems, Jaitley also set aside a sum of Rs 100 crore to set up a ‘Technology Development Fund’.  He stated that a fund, previously announced, that was to be set up in 2011 to provide resources to public and private sector companies had eventually not come into existence.

Many in the industry feel that the budget announcements pertaining to the defence sector show the government’s intent to boost manufacturing and aerospace capability of the country.  The Department of Industrial Policy and Promotion (DIPP) is awaiting final comments from the ministries concerned to put these proposals for consideration of the Union Cabinet.

Insurance: The NDA government brought a sigh of relief to the insurance sector, which has been struggling to grow and consolidate due to the inadequacy of funds and capital.

Like for the defence sector, FDI up to 49 per cent will be allowed after the prior nod of the Foreign Investment Promotion Board (FIPB), on condition that control stays in Indian hands.  However, FIPB approval won’t be required for FDI up to 26 per cent, as per current policy.

The proposal to raise the FDI cap in the insurance sector has been pending since 2008 when the previous UPA government came up with the Insurance Laws (Amendment) Bill to hike foreign holding in insurance joint ventures to 49 per cent from the existing 26 per cent.  However, the Bharatiya Janata Party (BJP) had opposed a higher cap in the sector at the time, making passage of the measure difficult.

Also, the inability of the UPA government to raise the limit in insurance was because the industry was stuck in a rut.  Earlier, foreign joint venture partners failed to pump in more funds as their respective Indian partners were not willing to bring in more funds to maintain their holding at 74 per cent.  Many experts are of the view that even the recent increase in FDI limit to 49 per cent will be viewed by most foreign original equipment manufacturers and some Indian companies as a very limited step and for any real change, the limit should be increased to 51 per cent.

Post the recent budget, the Cabinet has approved the increase of the FDI cap hike in insurance to 49 per cent with a rider that management and control will remain in the hands of Indian operators, thus paving a way for inflow of as much as Rs 25,000 crore foreign funds in the sector.  This is the first major reform of the Modi-led government to have received a green signal and this has raised expectations of further relaxation of FDI norms in sectors like defence, construction and railways.

Construction: In the construction and development sector, 100 per cent FDI is already allowed.  In the budget, in order to give visibility to the BJP manifesto to build smart cities, the NDA government has relaxed the minimum capitalisation from $10 million to $5 million and minimum built up area from 50,000 sq m to 20,000 sq m.

Further, with an aim to boost investments in low cost housing, the government has done away with the requirements of minimum built up area and minimum capitalisation for projects which commit at least 30 per cent of the project cost for low-cost affordable housing.  These relaxations come with the condition of three year lock-in of investments. This move too is expected to bring in investments in the cash starved sector and boost affordable housing.  The proposal to relax conditions for FDI in construction as well, much like the proposal to increase in the FDI cap for the insurance sector, was initiated by the previous UPA regime.

In November 2013, the proposal of DIPP to relax FDI norms in the sector was discussed at the Cabinet meeting but was deferred due to concerns being raised by the Urban Development Ministry. However, the DIPP has now suggested that the status of FDI in construction sector is at a fairly advanced stage and that the final process of interaction is on.

Railways: The railway sector is currently not open for foreign direct investment, except in mass rapid transport systems. However, the Railway budget for 2014-15 pitched for reforms by proposing private and FDI and public-private partnership (PPP) to meet the resource crunch.

“We need huge investment for running bullet train.  There was a ban on FDI in railways.  Now we would request the commerce ministry to delete the clause so that there can be FDI in infrastructure development,” said Railway Minister D V Sadananda Gowda.

India Inc responded positively to the rail budget, terming it as ‘growth oriented’ and stating that the emphasis on forging PPP and attracting FDI will give a boost to infrastructure development and generate jobs.  However, the government has described the PPP mode as a necessity but expressed concerns over allowing FDI.  In response, Gowda said, “There need not be any apprehension that FDI would do some harm. FDI will be brought in such a manner that it will be used only in infrastructure development and not in operations.”

He added that FDI will be used in big ticket projects such as development of high-speed corridors, suburban corridors, and freight corridors. He also said that growth in Railway infrastructure will fuel the growth of manufacturing in the country. The government is likely to take a decision soon on easing the FDI in railways sector with the DIPP awaiting final comments from the ministries concerned to put these proposals for consideration of the Union Cabinet.

Multi-brand retail: Multi-brand retail as an issue has caused endless debates in Indian parliamentary sessions. Officially, the window remains open and foreign players looking to enter the Indian market can seek the permission of the FIPB to set up an Indian venture.  The recently elected NDA government is not likely to officially reverse or rescind the decision of the previous UPA government to allow 51 per cent FDI in multi-brand retail despite the ruling BJP’s clear stance against allowing global retail power houses to enter India.  This is because of the possibility of such a move sending negative signals to the global investor community.

At present, no company is waiting to enter India. As a matter of fact, the NDA government’s stance against FDI in multi-brand retail has driven French retailer Carrefour out of the country, as it did not see any hope of the government opening up this particular window any time soon.  Tesco is the only company that has decided to go ahead with its plans and has set-up a joint venture with the Tata Group. It plans to operate in Karnataka and Maharashtra, which are both ruled by the Congress party and not averse to allowing FDI in multi-brand retail.  Other retailers, such as Walmart, have chosen to participate in wholesale cash and carry trading where 100 per cent FDI is permitted provided there is an Indian partner front-ending it. 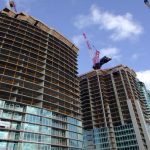 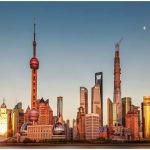 An RO is the first step for banks eyeing China