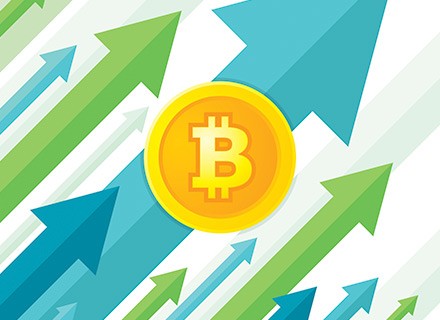 Investor and government sentiment is still divided over bitcoin and other cryptocurrencies, but its underlying technology blockchain is what’s making inroads with India’s highest bureaucrats and governments

Bitcoin in India has had an eventful journey so far. The cryptocurrency made its foray into India a few years ago, with a handful of traders mining bitcoin on unauthorized channels. Soon, this gave way to cryptocurrency exchanges such as Zebpay, Unocoin and Coinsecure among others, becoming a fast-growing investment option for young and savvy investors.

The price of bitcoin currently stands at a little over $8,000, which is around 5.6 lakh INR. The average upper middle-class Indian earns around 1 lakh INR a month, making the popularity of bitcoin as an investment by the average Indian is nothing short of lucrative, especially in comparison to conventional investments such as real estate and stocks.

However, the Indian government has not been so favourable to bitcoin’s growing popularity. In April, the country’s central banking authority Reserve Bank of India stated that it would not deal with or provide services to any individual or business entities dealing with or settling cryptocurrencies, and regulated entities already providing such services would have to cease doing so by July 5th, 2018.

Meanwhile in Asia, bitcoin is only growing in popularity for cross border payments. In a press release, BitPay CEO Stephen Pair said that the company has plans to expand its services into Asia – one of the fastest adopters of cryptocurrency transactions and wallet adoption. For instance, Japan has allowed bitcoin as a legal form of payment since 2017 and is being widely used across industries like retail and hospitality. Trade between South Korea and USA is expected to touch $200bn and according to this Forbes story, bitcoin and bitcoin cash can greatly reduce cross-border transaction fees.

There is no denying the bitcoin wave. Reports in the Indian media suggest that instead of a sweeping ban against cryptocurrency, the government is considering classifying them as commodities instead. Abhishek Pitti, CEO of Nucleus Vision says, “The government has reduced fiat inflow into crypto within India but many of these exchanges have moved to a peer-to-peer strategy. Now, a separate committee has been formed within the Economic Affairs Ministry to draft a regulatory framework around cryptocurrencies and exchanges.” Pitti believes that once a regulatory framework has been established, crypto activities can be monitored.

Pitti, who runs Nucleus Vision, is one of the few entrepreneurs working to introduce blockchain technology in bureaucratic processes by partnering with government agencies and officials. Founded in 2014 at Harvard University, Nucleus Vision is an end-to-end technology solution provider that captures and provides previously inaccessible data to retailers and other ‘brick and mortar’ businesses through blockchain and real-time sensor technology. Nucleus Vision’s proprietary IoT sensor technology does not depend on any RFID, WiFi, Bluetooth, or even facial recognition technologies to identify any customer within its vicinity.

The constant back and forth by the government stems from how new and revolutionary this technology is. Considering that bitcoin functions on a distributed ledger and doesn’t need a middle man or a regulator, it is particularly daunting on regulatory authorities across the world. Experts still believe that while bitcoin and related cryptocurrencies are still courting controversy with authorities, blockchain technology is gaining acceptance across private and government institutions, even in India. “Blockchain technology appears to be universally accepted and we can see many governments, including the Indian government, adopting this technology. Within India, there is a lot of onus in improving the efficiency in the system through blockchain. Nucleus Vision has partnered with multiple state governments and related affiliations in working together on identifying use cases and improving the efficiency across these states.”

“I think most governments, including the Indian government, understand the underlying technology well, but are still continuing to evolve their understanding of how cryptocurrencies adopt such technology, and how they can wrap a framework around these digital assets to prevent tax evasion or money laundering — their two primary concerns,” explained Pitti.

The renewed government investment, rising media attention and sustained investor interest have led to exponential growth of this space in the past few years, leading to drastic ebbs and flows in its value. This is why Pitti thinks investors, especially in the retail space, should be cautious with cryptocurrencies due to its high volatility. “There has been an ever-increasing number of retail investors jumping into the cryptocurrency space, either driven by their fascination of the underlying technology, or by their quest of making quick gains from a volatile asset class. The latter set of people may not necessarily understand the difference between the currency and the technology however they are not the type of investors who may wish to know this difference.”

Bitcoin is no doubt a highly exciting asset class, but this is when investors must sustain their interest in the underlying technology to improve efficiency, especially within developing and emerging economies where such improvements will improve productivity and impact national GDP, adds Pitti.

“Blockchain and cryptocurrencies are interconnected, as ICOs are a wonderful way for start-ups to fund their use cases and generate liquidity in developing their ideas into fruition.”

For investors to invest in ICOs, they need to have price discovery and liquidity which are only provided by trading exchanges. If the government is positive on blockchain and negative on cryptocurrencies, then effectively blocking a key source of funding to start-ups and eventually there will be another wave of brain drain from the country to another jurisdiction that shows more foresight in making this connection between the two. 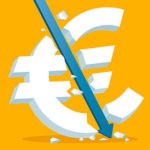 Banks of Europe: A Cautionary Tale 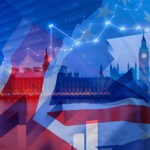 Why the post-Brexit is good for SMEs