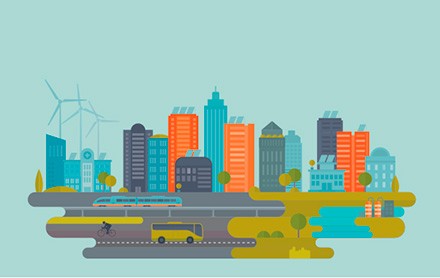 Scott: “There are clear inefficiencies in infrastructure finance when it comes to connecting supply and demand. Other traditional industries have conquered similar issues by re-channelling origination via platforms. This has given interesting results, and to use the best-known examples: Uber, the world’s largest taxi company, owns no vehicles. Facebook, the world’s most popular media owner, creates no content, and Airbnb, the world’s largest accommodation provider, owns no real estate.

The reason these platforms have been so successful is not only that they shrink the implicit costs of matching supply and demand, but because the scale of their user bases simultaneously gifts them the advantage of unlocking superior quality matches. They save both time and money.

Since Uber launched, ride-hailing in San Francisco is now six times more prevalent than it was previously. Perhaps, if we can re-wire the bad origination habits of our old industry, then we may also be able to unlock a higher benchmark for transaction volumes in infrastructure. This would be a great step towards alleviating the issues stemming from decades of insufficient global infrastructure investment.”

“Having previously led renewable energy project finance at an investment bank, I frequently received inbound enquiries from sponsors seeking debt finance for their projects but we were unable to finance otherwise ‘bankable’ projects because they do not fit the bank’s geographical or technological preferences. This is consistent across the debt landscape.

Whilst the market continually speaks of an oversupply in liquidity and an undersupply of assets, I believe there remain an abundance of assets seeking funding but the asset owners or sponsors don’t always know or have the network – even via their advisors – to tap into the right pocket of money, which ultimately hinders their project.

On the other side of the platform, we provide smaller and/or less conventional lenders the opportunity to identify projects that they would otherwise never come across, again potentially boosting the rate of infrastructure and energy projects securing the funding needed. “

On the unique nature of the platform

”We have the largest deal pipeline, at launch, of any funding platform in history. We are also the fastest growing infrastructure / project finance platform. We put this down to the fact that our backgrounds cover both tech and infrastructure finance (via all angles: buy-side, sell-side and advisory). The platform is built specifically to provide the things that we know would have been useful to us, from the perspectives of both lenders and advisors to projects requiring debt finance.

On being different from conventional brick-and-mortar banks?

“Unlike banks, who form part of our user base, we don’t actually manage any capital. We match these institutions with projects requiring debt. This has both benefits and drawbacks; The lack of a physically limiting factor in our structure allows us to move much faster and scale-up dramatically, however achieving such growth in infrastructure finance requires both attaining and retaining consistently strong adhesion with a notoriously sophisticated client base. It’s a tough ball game!”

“We are seeing the lender base diversify at an unprecedented rate, with the emergence of institutional investors, infrastructure funds, debt funds, hedge funds and more recently, family offices looking to deploy debt capital. Lenders – including banks – are therefore forced to adapt and embrace change in order to stay in the game, and the continuation of this mentality shift will be a fundamental pillar to our success.

“The strength of our existing networks in the banking community has been fundamentally important to starting BankIRR. The importance of those ties remains, and we are fortunate to have continued to attract fresh interest from the community ever since.”

On choosing the optimum projects

“Projects are vetted by our team and if they pass our initial screening test, they are uploaded to the BankIRR for lenders to view. At this stage, information viewable on the platform is synonymous to a no-names teaser, whereby there is no commercially sensitive information whatsoever. Lenders can request to be connected to the sponsors of any projects they are interested in, and we make that connection happen. It’s really as simple as that. “

“We are contacted by advisors and developers regarding projects ranging from a few million dollars to portfolio or pipeline opportunities reaching close to a billion dollars. We find that the larger projects are often fronted by advisors. As such, this user category is pivotal to our user base as they not only help quality assure projects, but they are able to aggregate some of the larger projects.”

On their most popular financial offerings and services to clients

“Our two most popular offerings mirror one another: a simple teaser-marketing service for shovel-ready projects to seek debt funding and a service allowing lenders to originate opportunities from a pool of live infrastructure & energy projects.

By empowering project gatekeepers with a vastly larger audience of lenders, it not only saves them time but provides borrowers with access to the ‘whole of the market’ rather than one’s black book of contacts, building competitive tension and helping to ensure borrowers get the best value for money.

“Our platform is both geographically and technologically agnostic. However, having platform-level perspective gives some interesting insights into the trends that we are seeing. For example, more than half of our lenders are headquartered in the western hemisphere, and though some seek opportunities only locally, there is a growing trend towards those seeking to take advantage of the higher yields presented by the emerging markets. Balancing this nicely, we see that a little over half of our projects are opportunities within those emerging markets.

Around two thirds of our capital demand comes from the energy sector, of which the vast majority is via renewables. Most of the projects hosted on the platform are ‘shovel-ready’, with the balance being operational projects looking to refinance existing debt or free up equity for reinvestment in pipeline projects.”

On their popularity and goals

“We receive a lot of interest from emerging market projects in particular. All projects that are submitted to BankIRR are vetted by experienced infrastructure financiers before they are allowed onto the platform. Therein lies its own set of challenges; however, less mature markets naturally need more stringent vetting to meet the demands of our lenders.

We have a long-term vision for where we would like to take BankIRR, which involves adding more functionality and empowering our users. For example, we are currently in the process of developing a database with information on our core sectors in various markets. This will help our users to identify and tap into new markets and ultimately, bolster support for the development of infrastructure projects.

“BankIRR will continue to build out its project and lender user base. Through our own network as well as the various channels of communication, we believe our biggest initial hurdle will be to shift stakeholders’ mindsets in moving away from relying on limited personal networks, to what is fast becoming the ‘no-brainer’ way of doing business.

We have been developing the idea for the past 12 months or so, during which we have met with dozens of project developers and lenders to ensure we create something the market needs. We will continue to personally engage with the market to refine the concept and over time, make this a household name in the world of project finance.”

After leaving uranium enrichment, Gillam moved to a small boutique called Prime Numbers Infrastructure Finance, which advised a US energy-from-waste giant on their entry into the UK market. He then moved into Private Equity, where he invested in multiple technologies across the renewables space. He found inspiration in daily dealings with founders of portfolio companies, and before long had caught the entrepreneurial bug. Since then, he’s been involved in a mixture of project finance advisory and tech ventures. Eventually, a lightbulb moment occurred, and he brought the two sides together in the form of BankIRR.

With a graduate degree in chemical engineering from Imperial College, Singh’s career in energy and infrastructure finance spans 14 years, with stints at E&Y, Octopus Investments, the Green Investment Bank and at NIBC Bank N.V. He has advisory, investment and lending experience and have financed over GBP 2 billion of projects. In 2016, Singh founded NICL, a corporate finance boutique focused on energy and infrastructure finance, which he runs in parallel with BankIRR. 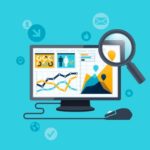