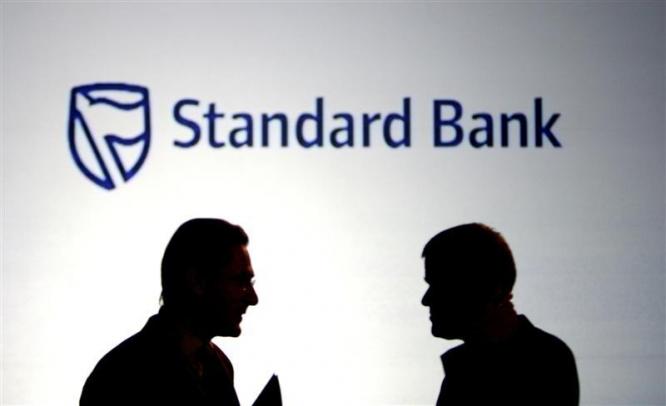 In Conversation with Pedro Coelho – CEO, Standard Bank Angola on the future for Angola and Standard Bank. 4th April 2014 IFM: Angola has been one of the fastest growing economies in the world since the end of the civil war in 2002. The Global Financial Crisis of 2008, however, brought down growth rates. What is your view about the recovery since then? How would...

IFM: Angola has been one of the fastest growing economies in the world since the end of the civil war in 2002. The Global Financial Crisis of 2008, however, brought down growth rates. What is your view about the recovery since then? How would you sum up the problems and prospects that Angola faces in terms of economic growth and what is your outlook for 2014?

Pedro: Angola will always face challenges such as Human capital shortages, lack of infrastructure and burocracy. However, we have to be mindful the Government has a herculean task by catching up for the lost years. Improvements are visible and 2014 will be a strong year with the budget being executed and new infrastructure being put in place particularly, energy and  transportation infrastructure. The oil price has been stable around $100 per barrel which gives time for Angola to diversify away from oil.

IFM: According to the World Bank, Angola’s rank in terms of “Ease of Doing Business” has slipped from 175 (out of 189 economies) in 2013 to 178 in 2014. Do you agree with this assessment? How would you like to assure foreign investors that Angola is a good place to do business? Which are the sectors that offer the best prospects for foreign investors?

Pedro: The lower ranking has probably to do with further restrictions on the amount to be invested; $1M minimum. The Angolan Investment agency is considering revising this number to allow SME’s to invest in the country. Angola has growth potential but it is a frontier market and as such it presents its own challenges. But there is no reward without risk. The best sectors are the Oil & Gas value chain, services, Agriculture and any import replacement industry.

IFM: What kind of policy reforms do you think are needed in the short to medium term to ensure stable and sustainable economic growth in Angola?

Pedro: The economy has to be more open towards private investment as opposed to public investment. Only this way the economy can reduce its vulnerability

IFM: Your bank has grown very rapidly in terms of both branch expansion and assets since you got your banking license in 2009. Can you please share with our readers a few details about your growth profile over the past 4 years?

Pedro: Standard Bank Angola is now three year old and has grown exponentially. Total assets are now at $1.6 Billion which represents a growth of 140% compared to 2012. Revenue grew to $72M growing 80% in the last twelve months. Credit grew 250%. We now have 27 branches and 520 employees. In the last three year we have been able to have a strong image associated with quality, expertise and reliability. We are considered the go to bank for the large corporates including multinationals and in particular the most sophisticated clients.

IFM: What are your plans for expansion in 2014 and which are the main areas you have identified for business expansion over the next few years? Have you set for yourself any specific targets?

Pedro: We plan to consolidate our presence in 2014 by opening around 3 branches and increase substantially our client base. We continue to focus on the value chain where we support our large clients, their suppliers and their employees. Standard Bank will continue to grow its presence as the client base grows and we expect to continue being the top bank in terms of product offering and quality of service by providing different channels to service our clients.

IFM: Can you please share with our readers the most significant innovative steps you have taken to expand your business over the last few years that helped you to win the Best Innovative Bank award from IFM? How are you leveraging technology to drive your growth?

Pedro: At this stage we do not have the infrastructure to penetrate this segment as we have a fairly small branch network when compared to the larger banks and we still need to capitalise on the segments we have a bigger competitive advantage.

IFM: Given that you are a subsidiary of Africa’s largest banking group the Standard Bank Group, what are your key strengths as a bank in Angola?

Pedro: We are able to link the Angolan clients to the international markets and vice versa. This is a big advantage as the economies are more and more globalised. Moreover, the Group has 150 year of experience that SB Angola can tap on.

IFM: What broad general message would you like to share with our readers regarding your bank in particular and the Angolan economy in general?

Pedro: I believe Angola is a fascinating market but it takes hard work to understand its peculiarities as there is no country like it in Africa. A number of investors underestimate the complexity and also have the wrong perception about this market. It is our role to bridge this knowledge gap.

IFM: How would you characterize your own role in Standard Bank’s history?

Pedro: My role has been characterized in creating a bank the Angolan employees and the SB Group are proud of. 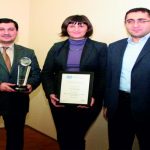 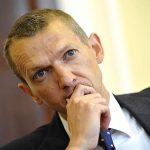 The age of asset management?