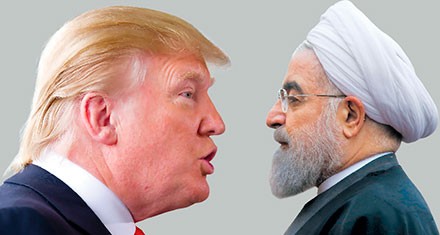 Iran faces economic sanctions again, but it has managed to forge multi-million dollar trade deals with many European and Asian nations. It is OPEC’s third largest oil producer, and has a treasure trove of minerals and natural resources, but with Trump’ administration coming down hard on Iran, what happens next?

Last week, Donald Trump made a surprise announcement that the USA will withdraw from the Joint Comprehensive Plan of Action (JCPoA), following reports of the nation’s supposed violation of nuclear testing, and has reimposed economic sanctions on Iran. Trump’s administration has also given a deadline of upto six months for businesses to wind down operations in Iran, else they will face sanctions too.

John Bolton, national security advisor to the USA, in an interview with ABC said, “Why would any business, why would the shareholders of any business want to do business with the world’s central banker of international terrorism?” – making the country’s stance against Iran very clear.

US trade with Iran

In the past two years, several companies including American conglomerates went ahead to forge deals with Iran. Boeing struck a deal with Iran Air for 80 aircraft at US$17bn, with deliveries expected to begin in 2017, and another 30 airplane deal with Iran’s Aseman Airlines for US$3bn at list prices. But, Boeing hasn’t delivered a single aircraft. CEO Dennis Muilenburg, during a quarterly earnings conference call said, “We continue to follow the U.S. government’s lead here and everything is being done per that process. We have no Iranian deliveries that are scheduled or part of the skyline this year, so those have been deferred again in line with the U.S. government process.”

This has thrown several nations out of gear, especially European nations such as France and Germany given the volume of contracts signed with Iranian companies after economic sanctions were lifted in late 2015. However, it appears to be that Europe isn’t willing to go down without a fight – there’s simply too much at stake.

The finance minister for France Bruno Le Maire said, “We have to work among ourselves in Europe to defend our European economic sovereignty.” Le Maire also added that the EU is looking to revive blocking regulations, originally created in 1996 to protect European companies doing business with Libya and Cuba from US sanctions. Back then, their tactic of convincing Washington to back down from imposing sanctions seemed to work. Le Maire, in an interview with Europe 1 Radio, said he would meet with counterparts in Germany and United Kingdom to understand the way ahead. German chancellor Angela Merkel said that Trump’s decision has now made their situation in the Middle East more difficult, while UK Prime Minister Theresa May assured Rouhani that European partners remain committed to upholding the nuclear deal.

Bolton, in a CNN interview, didn’t deny that European companies won’t be hit by US sanctions. Europeans would face effective US sanctions because much of what they would like to sell to Iran involves US technology, for which licenses would not be available, added Bolton in a separate interview.

The reason this is a contentious issue for Europe, mainly France and Germany, is the volume of trade the two nations have with Iran. According to the European Commission website, UAE, European Union and China are Iran’s primary trading partners – with the EU alone accounting for 15.8% of the trade volume. Prior to the sanctions, the EU was Iran’s first trading partner. The EU exported over €10.8 billion worth of goods to Iran in 2017. EU exports to Iran are mainly machinery and transport equipment (€5.5 billion, 50.9%), chemicals (€1.9 billion, 18.1%), and manufactured goods (€0.9 billion, 8.9%). The EU imported over €10.1 billion worth of goods from Iran in 2017. Most EU imports from Iran are energy-related (mineral fuels account for €8.9 billion and 88.7% of EU imports from Iran), followed by manufactured goods (€0.6 billion, 6.4%), and food (€0.3 billion, 3.3%). In 2017, EU imports from Iran increased by 83.9% and EU exports increased by 31.5%.

After economic sanctions were lifted in 2016, France-Iran trade grew 118% from January to October 2017, according to The Hill. French oil and gas company Total is one of the biggest benefactors of the sanctions removal – they concluded a US$4.8bn deal to build the South Pars gas field in Iran for a period of 20 years. Moreover, French aviation major Airbus too was keen on moving into the Iranian market by offering to sell 100 airplanes to Iran worth US$18bn. French car manufacturers like Renault and Peugeot already have a significant presence in Iran. 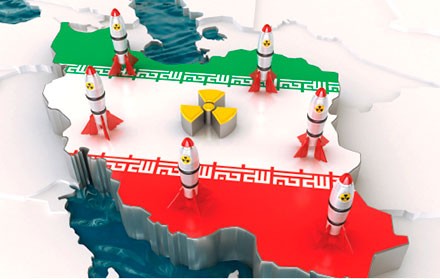 Germany too has been a key trading partner with Iran. In 1975, trade with Iran was worth US$4.5bn and grew to around US$6bn in a few years. In 2017, German exports to Iran touched US$3.5bn and has been on an upward trajectory since. Trade between Iran and Austria too has been on the upswing ever since the US sanctions were lifted in 2016 – it grew 34% last year, compared to the previous corresponding period. There are plans in the pipeline to increase trade volumes further, in part to a financing agreement by Oberbank. Spain, The Netherlands and Italy too have enjoyed a robust trading relationship with Iran – Spain’s trade volume was US$1.9bn and The Netherlands was US$1.5bn. Italy’s trade volume grew 117% YoY during 2016-17.

It’s not just the EU that’s in crosshairs over Trump’s sudden decision to withdraw from the JCPoA. China too has been a key trading partner with Iran in addition to UAE. While UAE continues to be an ally to the USA, China’s relations with its Western counterpart have been rigid, to say the very least. The contention continues over Iran, it appears, as China is in no mood to relent.

The US withdrawal from JCPoA can have a potentially debilitating effect on the world oil market. Iran is OPEC’s third largest oil producer, and largely supplies to the EU, UAE, and multiple Asian markets such as China, Korea, India and Japan. Reuters states that Turkey is another major buyer of Iranian oil, with flows trebling from January 2016. From the time sanctions were lifted, Iran’s crude oil production stands at 3.82mn bpd, making it the sixth largest oil producer in the world. Currently, the oil market is at its tightest in years, and a disruption in oil supply from Iran due to sanctions would have a far more adverse impact. The geopolitical risk over oil is now pushing the prices up, believe market watchers. This is especially because analysts believe Trump will not offer another waiver in sanctions this time around, given that he stated so very clearly in January only for the sake of US’ European allies. Citigroup estimates that in the eventuality of a no-waiver, 200,000 to one million bpd could be removed from the market. Mike Wittner, head of oil market research at Societe Generale told Bloomberg that with the oil sanctions returning, there would be a US$10 impact on oil prices, of which US$5 is already priced in. Worst case scenario? Sanctions will be implemented in a couple of months from now and eventually remove 500,000 bpd of Iranian crude from the market.

The complete meltdown of a financial system was one of the most adverse effects of economic sanctions. In a bid to mitigate a similar backlash, Iran has already moved to the Euro but experts believe this won’t be a sufficient safeguard from sanctions.

Iranian leaders are busy working on retaining the deal with other partners of the JCPoA. Foreign minister Mohammad Javed Zarif met his Russian counterpart Sergey Lavrov in Moscow earlier this month to discuss the way ahead to save the deal. This was following Zarif’s trip to Beijing to meet his Chinese counterpart Wang Yi to gather China’s support. Wang said, “China will take an objective, fair and responsible attitude, keep communication and cooperation with all parties concerned, and continue to work to maintain the deal.” He added that the agreement was “hard earned”.

European leaders like France’s Macron, Germany’s Merkel and UK’s May are in talks with Trump’s administration to even things out on the JCPoA, but the US President is resolute on his Iran stance. How this affects Iran’s major trading partners in Europe and Asia will be known in the next 120 days. 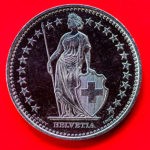 How the Vollgeld Initiative could transform global banking