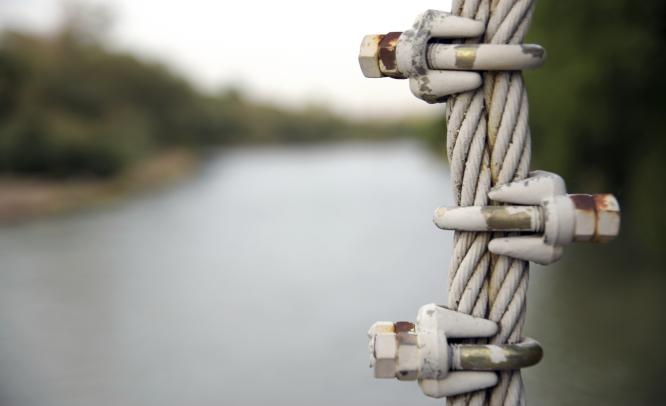 So far, the country has retained its 14th rank among steel producers Prof. Keyvan Jafari Tehrani September 12, 2013: The Iran Customs Administration released statistics in connection with the foreign trade during the first four months of the Iranian year 1395 (from March 21st through July 21st, 2016). The statistics show that Iran steel industry has performed above expectations and has exported more than two...

So far, the country has retained its 14th rank among steel producers

September 12, 2013: The Iran Customs Administration released statistics in connection with the foreign trade during the first four months of the Iranian year 1395 (from March 21st through July 21st, 2016). The statistics show that Iran steel industry has performed above expectations and has exported more than two million tonnes (MT), which is more than a 77 % increase in comparison with the same period of the preceding year. By taking into account of different types of steel products, we exported 2.52 MT of steel amounting to $124,276,000. The export of steel products in between June 21st to July 21st, 2016 has been 521,400 tonnes, which shows an 86 % growth in comparison to the same month in the past year and is above the average of the first four months of the year.

Mobarakeh Steel Company gained the first rank, followed by Hormozgan Steel Company. The planned export for the current Iranian year 1395 (March 21st, 2016 – March 20th, 2017) is 6 million tonnes. We can say that the target will be fully achievable based on statistics announced by Iran Customs Administration.

The production statistics show copper concentrate, iron ore concentrate and molybdenum production have taken the upper ranks. In the other words, Iran is taken steps forward for production and export of concentrate of base metals because they will result in more profit and added value.

According to the statistics, the production of copper concentrate has been more than 371,000 tonnes during the first four months of the current Iranian year, which shows a 22.84 % increase in comparison with the same period of the preceding year.

These statistics also shows that we have had a 3.9 % increase in sponge iron production and produced 5.5 MT but the pellets and billet productions have been 7.9 MT and 4.75 MT with 0.37% and 3.33% decrease, respectively in comparison with the same statistics of the preceding year. Since new pelletising plants will be commissioned this year, it will result in an increase in pellets production in the current year.

26 pelletising plants with total production capacity of 54 MT are under construction. This will result in increase of pellets production capacity to more than 70 MT, which is enough for production of 50 MT of steel. As the planned target by the end of the 6th Development Plan is not more than 40.3 MT, there will be some extra quantities, which can be exported as pellets or used to produce DRI for export. Considering the increase in the price of pellets in comparison to iron ore (pellets price increment was 69% while for iron ore it was only 39%), it’s evident that exporting pellets is more profitable. By opening of Gol-e-Gohar new pelletising plant with 5 MT annual production, Iran can start exporting pellets between October 2016 and March 2017.

Going by the statistics released by World Steel Association, there has been no change in the position of Iran among steel producers so far. The country has retained its 14th rank behind China, Japan, India, USA, Russia, South Korea, Germany, Turkey, Brazil, Ukraine, Italy, Taiwan and Mexico. During this period, the production of crude steel by Iranian producers has been 10,120,000 tonnes.

The statistics of foreign trade of Iran from March 21st through July 21st, 2016 indicates a 40% increase in export of iron ore with less than 40% iron content. The total figure for export of both iron ore Fines & Lump with Fe content above 40% along with concentrate during this period has touched 5,790,000 tonnes, valued at $227,161,000.

Statistics released by the Iran Customs Administration show that except for a drop in export of both cement and aluminum, which for cement had been the result of limitations imposed on import to Iraq, we have had an increase in export of all other mining and base metal products, like iron ore, copper, steel, lead and zinc.

FDI in mines and steel

Dr. Mehdi Karbasian, Chairman & Managing Director of IMIDRO, stated that according to the 6th Development Plan, there are great opportunities for foreign direct investment (FDI) in mine and mining industry development projects, especially in steel, aluminum, copper and zinc sectors. In the mining sector, by taking into account the importance of exploration, Iran mainly desires to attract foreign investment in exploration and completion of the mine chain and value-add projects up to production of the end products, such as copper or steel.

Dr. Karbasian pointed out, “I believe that the Joint Comprehensive Plan of Action (JCPOA) has created the most important opportunity for development of investment in mine and mine industries sector.  Other parameters are decrease of inflation rate and fixed exchange rate, which in turn indicate the economic stability that is prerequisite for investment in any country, including in Iran. The decrease of inflation rate below 10, which had been among the targets of the 11th government and has been seriously followed up, has drawn much more attention this year and this will help the promotion of the situation as well. On the other hand, the Iranian market is a good marketplace for steel products. In addition to local markets, there are good opportunities for export to the neighboring countries. Also, the abundant iron ore reserves, availability of low cost energy and less expensive raw materials and reasonable labour cost are among other privileges of the Iranian market. The privatisation of public complexes will result in higher productivity as well.”

According to the Iranian Vision Plan 2025, the steel production by the end of 2025 will be 55 MT out of which 40 MT will be consumed locally. For the purpose of realisation of this plan and building infrastructures, almost $30 billion of foreign investment is required. In addition, by the end of 2025, copper production will be increased to 450,000 tonnes and aluminum production is expected to touch 1.5 MT.

The most important challenge associated with the investment in Iran is the lack of adequate support for the industries and mining sectors by the local banking system due to not availability of enough cash flow. By absorbing as much foreign direct investment as possible, we may achieve our goal.

Prof. Keyvan Jafari Tehrani is head of international affairs at Iron Ore Association of Iran (IROPEX). He will be making a presentation on Iran’s mining sector at the inaugural Focus Iran Summit 2016 on 27th September

Disclaimer: The views expressed in this article are solely that of the author 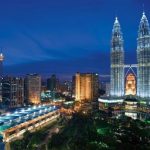 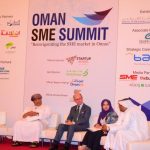