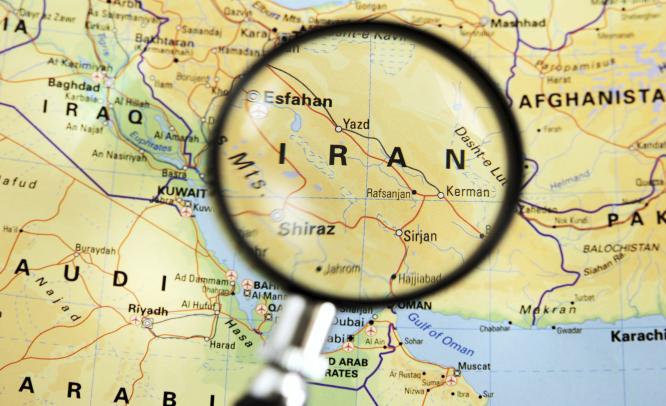 The initial round of foreign investment is expected to benefit petrochemical and metal industries Suparna Goswami Bhattacharya August 28, 2015: For economists worldwide, July historically is usually a quiet month. However, this year has been unusually active for the global economy. First, there was Greece’s debt crisis. Then the news of China’s stock plunging stroked further fears of growth slowdown. Finally, there was news of...

August 28, 2015: For economists worldwide, July historically is usually a quiet month. However, this year has been unusually active for the global economy. First, there was Greece’s debt crisis. Then the news of China’s stock plunging stroked further fears of growth slowdown. Finally, there was news of lifting of nuclear sanctions on Iran.

The lifting of sanctions basically means that Iran and the permanent members of the UN Security Council and Germany reached a deal that limits Iranian nuclear activity in return for lifting all international sanctions that were placed on Iran.

In November 1979, US imposed the first sanctions on Iran, banning imports from the country and freezing $12 billion in assets. Since then Iran has been battling sanctions every now and then.

As a result, the Iranian economy has been hit by sanctions implemented by the European Union, the United States and the United Nations after the country refused to stop its nuclear programme. It included a ban on oil and gas exports, freezing of overseas assets, and disconnection from the SWIFT mechanism, among others.

“The most relevant effect of the economic sanctions was a dramatic reduction in oil production and, consequently, a widespread shortage of foreign exchange, as well as soaring inflation and weaker growth,” says Ricard Torné, senior economist, FocusEconomics, a forum which gives out macroeconomic views by economists around the globe.

How Iran stands to benefit

Needless to say that the lifting of sanctions after 36 long years will only not only benefit the country but will also have spillover effect on the Middle East and North Africa (MENA). The sanctions did have some benefits too. “It prompted the government to accelerate its import substitution strategy and diversify the economy away from oil. As a result, the country enjoys a relatively diversified economy compared to its regional peers,” says Torné.

The most immediate effect will be the increase in Iran’s oil exports, which had declined by about 1 million barrels a day following the tightening of EU sanctions in 2012. “We expect it will take about a year for Iran to get its exports back to pre-2012 levels. Even in the short run, Iran could start selling the 30-40 million barrels of crude oil and condensate that it has stockpiled,” says Shanta  Devarajan, World Bank’s Chief Economist for the Middle East and North Africa adding that they expect Iran’s growth next year to be 5%, much higher than this year’s 3% and the negative growth of the previous two years. A temporary and partial removal of sanctions in 2014 helped the economy rebound to a growth rate of 3%, on the heels of a recession in 2012-2013.

With the oil sector expanding, the World Bank estimates foreign direct investments (FDI) to increase by about $17 billion.

Prior to 2011, oil & gas and manufacturing were the two major sectors receiving FDI, which ranged around $4 billion a year. The decline in investment cut Iran’s access to technology and investment. Iran did not have many international partners to help it develop its oil fields. However, now there has been a renewed interest from MNCs in the oil and gas sector as well as other important sectors.

Mark Mobius, executive chairman, Templeton Emerging Markets Group at Franklin Templeton Investments, in his personal blog said that investing in Iran is not only an oil story. “We have found many good companies in Iran that we believe to be well managed, representing a diverse mix of sectors and industries. Agriculture, manufacturing and mining are also key drivers of growth. We are particularly interested in consumer-oriented stocks as potential investment opportunities. Also, Iran’s banking sector, in particular, could benefit as the need for capital in Iran will be most acute,” Mobius writes in his blog.

The other beneficiaries will be the auto and the pharmaceutical industries. The country produced 1.6 million cars annually before the 2012 sanctions but production dropped to 700,000 post the sanctions. Production is expected to reach the pre-sanctions numbers in a couple of years.

“We are currently seeing a huge change in the atmosphere. More foreigners are willing to come to Iran. Once the doors open and foreign money starts coming in, the economy will benefit in various aspects. Increased competition will force companies to perform better and comply with international standards, which in turn will lead to job creation and rise in salaries,” says Sanam Mahoozi, PR manager for Turquoise Partners Group, an international boutique investment firm based in Iran.

Sensing change on the horizon, Iran has been working to prepare for a potential flood of new investors. Its stock exchange has been undergoing improvements in infrastructure, and leaders there are working to comply with international standards in areas such as surveillance and investor protection.

With a population of over 80 million, Iran is the second most populous country in the Middle East after Egypt. And unlike other nations in the MENA region, people in Iran are well educated with over 4 million university students.

The lifting of sanctions will have a huge impact on employment. During the sanctions era, female unemployment rates increased and labour force participation fell. “The lifting of sanctions may reverse this trend, since the additional foreign currency in the market will typically give a boost to the services sectors, which tends to hire more women (because of a better match with their skills and preferences).  However, the foreign-exchange windfall needs to be managed carefully so that it leads to sustained employment growth in Iran,” remarks Devarajan.

Given Iran’s size and importance, the normalisation of relations with the international community will have a profound economic and political impact in the MENA region. Iran is expected to boost oil supply in the mid- to long-term, which will add to the global supply glut and exert downward pressure on prices. “Low oil prices will likely put additional strain on the budget and the current account of some oil-export–dependent economies. On the other hand, economies less reliant on crude will benefit from a reduced oil import bill,” says Torné.

The gradual removal of sanctions after decades of economic isolation will boost demand for imported goods and services. The United Arab Emirates stands to be the principal beneficiary, as it has a large Iranian community and already has strong commercial links with the country (the UAE accounts for around 36% of total Iranian imports).

Moreover, with Iran returning to the international community, the Ayatollah’s regime could help stabilise the political situation in the Middle East given its pivotal political role in the region.

Where will the investments go?

“In my opinion, the first sectors which will see investments are tourism, fast moving consumer goods (FMCG) and dotcoms,” says Mahoozi.

Others believe that most of the new money that has come in will be directed towards high-value petrochemical and metal industries in which Iran has a competitive advantage. 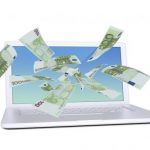 E-invoicing is the way forward 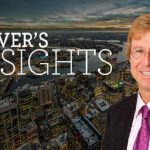