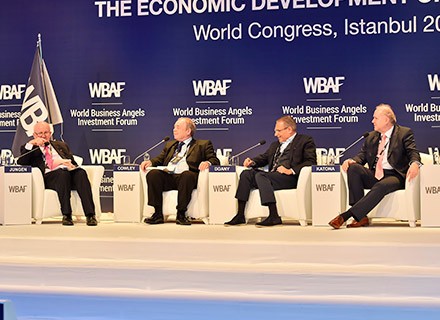 At the WBAF (World Business Angel Investment Forum) 2018 annual congress in Istanbul, a discussion was led by entrepreneur and angel investor Peter Jungen, on the question of whether wealth managers should get involved in angel investing

The world’s major economies are experiencing unprecedented growth with the gross domestic product of 120 countries growing faster last year than in any previous year. By far the biggest increase is in Asia in general, and China in particular with a third of the world’s GDP growth. In 2017 the US economy grew by four times, Europe’s by two times and China’s by twenty-eight times! The Chinese economy has already equalled that of Europe and at the current rate will surpass America within the next two years.

Start up companies are a huge part of this growth. It used to be that a new business would take fifty years or more to reach global status, but now many of the household company names, especially in tech industries, have been around for less than twenty years. But start-ups wouldn’t even get off the ground without angel investors, let alone achieve the success that they may deserve. However, angel investing is a risky business with around seventy percent of start-ups failing within the first five years. Despite the risks, more diverse investment is needed.

At the WBAF (World Business Angel Investment Forum) 2018 annual congress in Istanbul, a discussion was led by entrepreneur and angel investor, Peter Jungen, on the question of whether wealth managers should get involved in angel investing. Here, Peter explores the topic further.

Angel investors tend to be entrepreneurial and not averse to taking risks with their own money. They will look at hundreds of start-ups and maybe invest in as many as fifty, depending on the available capital. But they also accept that it won’t be a one-off investment and they may need three times the initial amount. That is because many start-ups will struggle through the first phase of their development and, to prevent them from failing, they will require a further equal amount invested. At a later stage, a third injection of cash may be needed to promote the growth of the business. That will have to be taken into account when looking at opportunities so that the investments are not spread too thin. While they might feel passionate about the fledgling businesses and help to nurture their development, they also watch out for when the time is right to exit and look for the next prospective business.

Wealth, or asset managers are responsible for investing the wealth of other people. Their remit is to protect and grow the assets and this leads them to invest in a wide-ranging portfolio of mixed risk investments. As the investments are often long term, an exit strategy is not as much of an issue. Similarly, the wealth of a family office is usually “old money” which has been accumulated over many years. It is generally invested with the view of protecting the assets for the future generations of the family.

How Can Wealth Managers be Attracted to Angel Investment?

Angel investment is not for the faint hearted, and wealth managers, although they might feel like they are missing the boat, are not necessarily qualified to risk the assets in their care in that way. An entrepreneur will spread the risks of their investments so, if seventy percent of their start-ups fail, they will hope that the success of the thirty percent will more than make up for the losses. If an asset manager did this without the requisite knowledge they would stand to make a substantial loss.

It was suggested at the WBAF congress that there could be a secondary market for angel investment in which there is a fund into which asset managers could invest. It would mean a smaller return on the investment, but also less risk. An alternative is for asset managers to enter into a partnership with an angel investor, in effect going “piggy back” on their investments, which again reduces the risk.

Advice on choosing a suitable product in which to invest is also important. The current boom in tech start-ups developing artificial intelligence, virtual reality, driverless vehicles, sustainable energy and information and communication technology is proving lucrative. With much of this technology growth being in China and India, cross-border investment is being encouraged.

Investing in a start-up is a risk, but it is not always necessary to get in right at the beginning. There is still money to be made by waiting until a new business is already showing signs of success and investing in their growth.

The Evolution of Asset Management

Wealth managers, particularly those involved with the assets of Family Offices could find themselves being given more latitude with regard to angel investing with the succession of new generations. Those businesses that have come from old money are now more likely to have younger family and board members taking control. They have been born into the high-tech age and don’t have the same, possibly outdated, views of the risks of investing in start-ups as their predecessors may have done.

It is an exciting time for technology and it is advancing faster than ever before. The new generation of young entrepreneurs and investors want get in on the ground floor and be a part of it.

Are Second or Third Rounds a More Attractive Option?

The general consensus among investors is that second, and even third round start-ups might be an even more attractive proposition than those seeking initial funding. This is because by this point, the business has gone through the crucial teething phase, perhaps even experiencing some failure, and will have learned considerable lessons which will set them up well for the future. It could be perceived that the business is more likely to be successful at the second or third round stages, meaning asset managers may consider the investment more palatable. 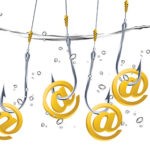 Phishing for trouble? This fraud prevention company can help 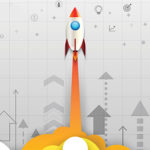 How startups can improve their pitches