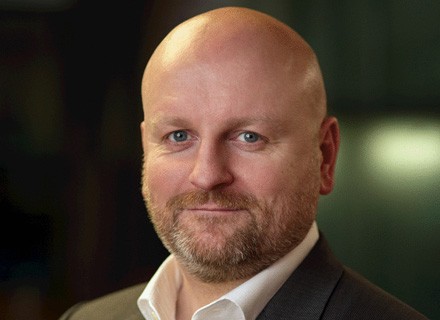 As the UK prepares for Brexit, Berlin is poised to become the EU’s new Silicon Valley. This is especially true with the rise of Silicon Allee — an evolving community of Berlin startups and technology companies. The German state is emerging as a real competitor among fintech destinations, especially with its conducive business climate for entrepreneurs. In fact, a recent study observed that 26 percent of EU entrepreneurs have faith that Berlin will become the EU’s new business centre. That said, other respondents firmly believe that Frankfurt is the next fintech destination, while only two respondents said London will remain on top. The reason Berlin is gaining an edge as a notable fintech destination can be attributed to a pool of skilled labour and swift access to the rest of the EU. That said, the American tech presence is quite prominent in Berlin — with companies such as Airbnb and Facebook having established their offices in the German state. Even incubator programmes are backing several German startups such as EyeEm and N26.

In this context, a report published by Ernest and Young found that there are 2,500 active startups with $2.7 billion in venture capital in total — meaning that Berlin is attracting more venture capital than any other destination in the EU. Still the figure is lower compared to Silicon Valley.

That said, Berlin has its downside too. This is especially true with entrepreneurs facing barriers to entry — a factor that does not obstruct opportunities for those seeking to establish their businesses in London or Silicon Valley. But that is slowly changing on the back of the UK’s draining talent pool as a result of Brexit. Overall, entrepreneurs in Berlin will have to sell their startups or go public to ensure higher local investment.

Elliot Limb, chief customer officer of Mambu in an exclusive interview tells International Finance: how the fintech community is sprouting in Berlin as it emerges as the next fintech destination in the EU — and Mambu’s role in fostering neobank innovation. With over 20 years in banking and fintech, Elliott has been named as one of the most influential people in fintech — and is an entrepreneur running a myriad of businesses across multiple sectors. Elliott is focused on a customer-centric approach to doing business, growing revenue and helping banks build flexible and scalable solutions.

Berlin is emerging as one of Europe’s leading fintech hubs in Germany. What is the role played by Mambu in supporting the country’s neobanking innovation?
Berlin is our headquarters and it is an important market for us. Our relationship with the likes of N26 has been fundamental as we grew with them. That said, we operate and like to be a part of the fintech community helping neobanks and the wider fintech ecosystem grow.

Obviously, there is a lot of focus on Berlin. I think we support it in every way possible. It is an interesting time as everything changes and we are continuously reassessing — taking a lot of pride in the fact that we are a Berlin-based company and want to give as much to the local community.

Neobanks are changing the highly competitive playing field of banking for traditional banks, while Goldman Sachs and Santander have hit back with their own digital platforms Marcus and Asto. Is a similar trend seen in Berlin?
I think it is happening everywhere. If you look at all the banks that are out there, I don’t think there are any geographical boundaries.

In fact, we are seeing that neobanks are growing but what is happening differently with the older and most established banks, especially with the tier 1 banks is that they initially got disrupted by neobanks.

Certainly, they can launch something quick, provide propositions similar to neobanks and have their capital to grow. For example, Deutsche Bank always has a good capital reserve and the regulation legislation in Germany has been pretty good. If you closely look at N26, they are taking a global view as a neobank expanding into the US. I think it is much easier for the longer-established banks to follow them and take the learnings.

How does Mambu’s cloud banking platform power digital-first banks like N26, B-North and Nimble to pivot mainstream banking?
We can help lenders and neobanks that are evolving to become bigger banks. The way we empower is that we look at banking and businesses in an innovative way by offering them a composable approach, where they choose and integrate the best solutions for their architecture. With that, we help banks build for today and become future-ready. In this aspect, we work with all our technology partners for something that is relatively at a low cost of entry and can be implemented quickly. The SaaS model from a pricing viewpoint means that you can grow with the business. We have become a part of the business ecosystem and align everything from strategy to value.

Berlin is perceived to be the crypto capital of Europe. Does Mambu plan to innovate blockchain to drive the future of neobanks in the country?
I think it is interesting for blockchain in general. We are not directly looking at how we implement blockchain but at how we are making banking simpler. At present, we are deeply focused on providing the best services rather than blockchain.

Sophisticated cyber attacks have stoked fear in the financial and banking sector globally. What is Mambu doing to guard against attacks and hacks?
Cyber attacks have been taking place for years. I think anyone who is working in a highly regulated industry such as banking has to be aware of it and the repercussions that follow. We build our solutions with robust security processes and take due diligence on a technical level and business level too.

As we remain at the core of banks, it is important for us and our partners to keep in mind all aspects of cyber security.

How are highly regulated markets like the UK, Germany and emerging markets like Africa encouraging SaaS innovation in fintech?
I think we are evolving. In fact, more people are beginning to invest their trust in SaaS. From a regulated environment, major players such as MAS in Singapore and ADGM in Abu Dhabi are ahead of the game with forward thinking. It also largely depends on what the bank is trying to use Mambu for.

At this point, SaaS is pretty much accepted everywhere and most of the nations have SaaS service. A lot has to do with a mindshift of the bank. So it is really about getting the mindshift around from capitalisation to operation.

In the big picture, the economy should make sense and we will have to decommission the old system and the old way of thinking to drive the SaaS solution. Otherwise, it could be a barrier to entry for people who do not understand SaaS. I think the only way forward in banking is to use the SaaS model.

What are the technology and banking regulatory challenges that Mambu is facing while supporting neobanks in Berlin? How can they be addressed?
I would say there are no real technology challenges as Berlin and Germany at large are a very well regulated market. However, as we move into larger banks, launching the speed boats is the first step. We are not seeing a shift from taking more volume and complexity to modern SaaS — pointing to a need in mindshift. So bringing that change in mindset is the real challenge, in addition to building trust to make people understand that SaaS solutions are just a redefined, agile version of what they have been using.

How will the year 2020 play out for Mambu in terms of competitiveness and technology development?
I think if we continue on our roadmap to develop our technology or have continuous release cycles, we will have a lot of new functionalities and find new ways of working. From a business perspective, we certainly see that Europe is our home and that is where the majority of our business has been. Also, we have been doing very well in Apac and Latam. That said, we would like to strengthen our focus in the US, grow in the Middle East and Africa as we recognise them to be high-growth markets. 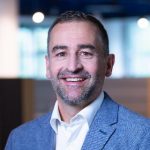 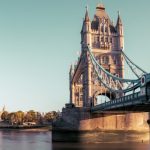 What UK fintechs can expect post-Brexit