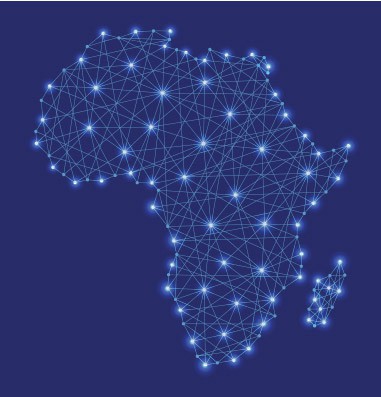 A growing number of blockchain entrepreneurs are innovating to create unique solutions for African problems. With heightened crackdown on cryptcurrencies, is it too early to forecast the success of blockchain’s potentially impactful solutions?

The newfangled technology, which underlies cryptocurrencies, exploded last year when the value of major digital currencies reached record figures. Bitcoin, the first cryptocurrency project, recorded a mouth-watering price of up to US$20 000 in December last year, minting the first batch of cryptocurrency millionaires.

The blockchain technology is well developed in Europe and America, but in Africa, it’s in its nascent stages. While there are thousands of cryptocurrencies out there competing for the ever thinning cryptocurrency market share, only a handful of blockchain projects emanate from Africa.

But this does not in any way mean that there is little blockchain activity in Africa. Indeed, the continent’s innovative entrepreneurs are leading the way in creating blockchain-based real world applications.  From blockchain-based land registries to facial recognition technology powered by Artificial Intelligence, it’s easy to see how the technology is creating reliable and trustless systems that could forever change Africa’s technology landscape if they succeed.

What is blockchain technology?

Based on the concept of cryptography, Blockchain is a distributed ledger system that is autonomous and decentralized. This simply means that the distributed ledgers themselves are not controlled by any central government or financial authority. The ledgers record all transactions in a permanent way that cannot be altered in any way, and is considered to be immutable.

Immutability is one of the values that make the blockchain a clear favourite in Africa, where everything is centralized.  In centralized systems, human error or any other catastrophe can lead to total failure. Take the case of banks for instance. When a high magnitude error hits the banking systems, there’s the possibility of the bank going down with customers’ funds. With blockchain technology, however, every transaction is secured in a ledger system that is distributed to many computers, wiping out the threat of a total failure in case something catastrophic happens.

In Kenya, the blockchain technology is disrupting the real estate sector, with positive results to show. Land in Kenya, like in most other African countries, is communally owned and few people have title deeds to prove ownership.  Because the entire land registry dates back to the colonial era, land ownership is usually blurred. As such, it’s not hard to find a parcel of land in Nairobi, Kenya’s capital, bearing multiple title deeds. This creates the perfect breeding grounds for unscrupulous lands officials and cartels who sell one piece of land to different buyers. So widespread is the mess that buying a piece of land in Nairobi is a daunting and risk-laden exercise.

In March, the Kenyan government announced a 13-member taskforce that is mandated to look into possible areas that could benefit from the Blockchain technology.

On March 1, President Uhuru Kenyatta announced that Kenya intends to use blockchain technology and Artificial Intelligence to create a raft of solutions, including a facial recognition technology that seeks to enhance security in Nairobi, a city of three million inhabitants.

On the same light, government agencies are stepping in to deploy blockchain technology to reap its benefits. Ac case in point is the public health sector which is building a connected web of 98 public hospitals. All hospitals will be interlinked by the decentralized technology, making it easy for any hospital to access and exchange data with peers.

A few miles away from Nurucoin’s offices is BitPesa, a blockchain startup that provides forex services to cryptocurrency and fiat customers. It’s been in operation for four years. According to its CEO Elizabeth Rossiello, global payments promise a bright future for Africa.

“Blockchain payments are gaining traction as a favorite payments method between multinational companies and their African subsidiaries because of low fees,” said Rossiello.

The versatile nature of the blockchain is perhaps what endears it most to entrepreneurs. “We cannot look at Blockchain Technology as a backup for cryptocurrencies. It’s also applicable in many sectors of our economy,” says Prof. Bitange Ndemo, a University of Nairobi lecturer. “Ignore this piece of technology at your own peril,” he advises.

While it’s clear the new technology is slowly but surely disrupting African economies one sector at a time, it’s important to note the myriad challenges that could easily stifle the adoption of this technology.  For instance, digital currencies continue to face widespread crackdown from financial regulators and governments across the globe. The Central Bank of Kenya has also raised its voice against cryptocurrencies by terming them risky, warning Kenyans to avoid using or trading in them.

The only glimmer of hope, however, is the fact that the Kenyan government is looking at ways of integrating the new technology into the mainstream technology industry, a shot in the arm for the disruptive tech. It remains to be seen if other African governments will take a cue from Kenya to spearhead the adoption of the blockchain. If this technology succeeds, experts say it could be the defining factor that will reawaken the transformation of African economies. 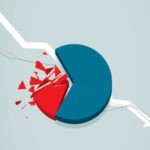 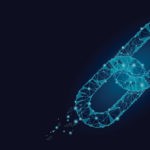