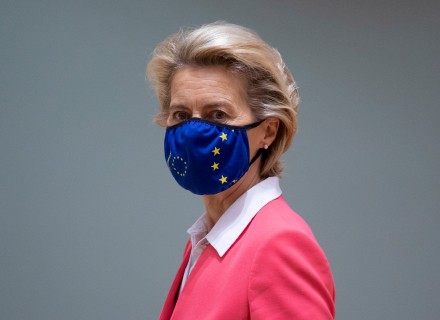 In a proposed energy plan, the European Commission labeled some gases and nuclear energy as 'green.'

Russia has a stranglehold on the European economy today because the EU continuously increased its dependence on Russian oil & gas after the cold war. Moscow supplies about 12% of the global oil and natural gas output, and Europe is its most important consumer. However, the Russian invasion of Ukraine has disrupted trade and alliances.

Europe is now trying to wean itself off Russian energy. To handle the resulting scarcity, it has approached OPEC and non-OPEC allies, who have promised to hike production to 432,000 barrels per day in June. The increased output will be enough to meet the EU’s short-term energy demands.

Europe was committed to meeting its climate control targets in the pre-war era. However, many question the continent’s commitment since the European Commission proposed a plan to consider some gas and nuclear energy as “green.” Climate change activists have staunchly opposed this move. This proposal could be law by 2023 if most member states back it. The proposed bill aims to commission 30 gas projects in the EU.

Critics dubbed this move “greenwashing” and warned that the bloc’s bid to become climate-neutral by 2050 is in danger.

The Russian invasion was a catalyst for this sudden shift, which environmental groups might contest legally.

Context
Europe has been taking the moral high ground for the last two decades. European governments are among the first in the world to take proactive steps against climate change. Despite their best efforts, their economy remained dependent on cheap Russian fossil fuel imports. Vladimir Putin used this energy dependency as an economic and political weapon in times of crisis.

Following the invasion of Ukraine, EU leaders decided to phase out Russian energy imports by the end of 2022. The commission said it wanted to REPower the EU by quickening the pace towards clean energy systems. They hoped to increase the utility of hydrogen and biomethane through imports or domestic production. Irrespective of the advertised clean energy movements, renewable energy will only make up 45% of total energy consumption by 2030. Fossil fuel and nuclear energy will still be the primary driver of European nations.

The European Commission’s chief Ursula Von Der Leyen is outspoken about the importance of climate action. Her climate-neutral rhetoric is glorious as she called the European Green Deal “Europe’s man on the moon moment.” She claimed that being the first continent with net-zero emissions is “our European destiny.”

Despite the flamboyant language, the big question is how the EU intends to achieve these goals.

The European Commission has a green investment rulebook to save the planet by 2050- a taxonomy or “a classification system, establishing a list of environmentally sustainable economic activities.”

However, are taxonomical changes sufficient to make gases and nuclear energy green?

Insight
In June, The EU’s executive arm, the European Commission, gave natural gas and nuclear energy the green label. Though they said that some strings remain attached. For example, nuclear power plants could only be classified as green if they manage to dispose of radioactive wastes safely. It is important to note that there isn’t a single permanent disposal site anywhere in the world thus far.

As per the commission, gas plants will be classified as green if they switch to low-carbon or renewable gases like hydrogen or biomass created with renewable energy by 2035.

Mairead McGuiness, the EU commissioner of financial services, denied the allegations claiming there was no “greenwashing” as the institution labeled nuclear and gas as “transitional” energy sources under the proposed plan. She iterated that the European Commission’s credibility is still strong.

Environmental groups are having none of it. They see this as a jeopardy to the EU’s climate neutrality goals. The Climate Action Network Europe said that the European Commission is sacrificing the scientific integrity of the taxonomy for gas and nuclear lobbies. According to environmentalists, the EU plans to redirect finances that would have funded climate-positive investments.

Apart from activists, experts advising the EU have also raised concerns about the environmental impact of these projects.

The nuclear plant initiative is a debated issue in the European parliament with many supporters and dissenters. Some prefer gas to atomic energy.

Germany versus France
The two great leaders of Europe, Germany & France, are at loggerheads on what should be considered “green.”

The French camp heads the pro-nuclear faction because nuclear power plants generate 70% of the electricity in France. The French have the support of Poland, Hungary, the Czech Republic, Bulgaria, Slovakia, and Finland.

Germany has pledged to shut down all plants by 2023. They have been slowly phasing out nuclear energy following the Fukushima disaster in 2011. Denmark, Austria, and Luxembourg are in the German camp, asking where the opposing faction intends to store or dispose of highly radioactive nuclear waste.

In a letter to the European Commission, Germany’s ruling coalition remarked that gas is an interim energy source till renewables and green tech are available. However, German chancellor Olaf Scholz said the taxonomical debate was completely overrated in an EU meeting last year to avoid conflict with France.

A senior fellow at Brussels-based Bruegel Think Tank, Georg Zachmann, who follows the EU’s climate and energy policy, said that the union would not take any steps to prevent France from building new atomic plants.

Zachmann says that the new taxonomy would be the gold standard in the fight against climate change. But he added that no investor would be interested in gas or nuclear plants when the union has so much political capital invested in pushing its member states towards renewable energy.

He also pointed out that onshore wind and solar energy alternatives aren’t very costly in many member states.

The 30 proposed gas projects in the EU will ensure Europe’s economic independence from Russia. For example, the EastMed pipeline project will require billions of euros to build a 1900 km pipeline connecting offshore gas fields to Greece and Italy. The proposed plan contradicts the Paris agreement in 2015, where world leaders pledged to curb global temperature rise to less than two degrees. The ideal temperature rise agreed upon was below 1.5 degrees above pre-industrial temperature by the end of the century.

Methane is 85 times more harmful to the atmosphere than carbon dioxide. The Baltic Pipe project is a pipeline that could conduct Norwegian gas to Poland and develop the Cyprus gas infrastructure. Under the proposed plans, this program could spend 13 billion euros to boost transport, digital infrastructure, and energy. However, climate change activists believe this move will trap the EU in fossil fuel dependency for decades and goes against the principles it has been preaching to the world.

The union cannot build new gas projects under the current system. The EU Commission is acting slyly and exploiting a loophole in EU regulations. Bi-annually a compilation of beneficial energy infrastructure projects is presented to all members. Though EU members cannot build new gas infrastructure, the dossier may contain projects that ensure continuous energy supply and are vital to the continent.

Europe is now flouting the guidelines set by the International Energy Agency and the Intergovernmental Panel on Climate Change which bans the installation of new oil and gas extraction projects to keep global warming below 1.5 degrees above pre-industrial levels.

Conclusion
The European parliament and the 27 EU member states will review the commission’s proposal soon.

The European Commission has opted for a delegated act, a fast-track legislative procedure. A majority in the EU parliament of 20 member states must vote against it to scrap the bill from becoming law.

While the taxonomy is unlikely to be rejected by the EU states (there are substantial economic benefits from fossil fuels during a global financial crisis), many parliamentarians from different political camps are enraged over the proposal to greenwash gas and nuclear energy.

The Greens in the European parliament will fight this bill and try to gather a majority against it. Rasmus Andersen, a Green lawmaker, said the new proposal disappointed him greatly. Joachim Schuster of the German Social Democrats thought the EU parliament would vote to scrap the bill.

Austria and Luxembourg have threatened to sue the European Commission over the altered taxonomy even if the parliament passes the bill.

Meanwhile, the OPEC countries will increasingly cut production shortly. It is a move likely to create an unexpected supply deficit in the coming months. Though this might lead to a bull market for oil traders, it does not bode well for energy importers like India, China, Japan, and the EU.

The time is ticking for Europe. Russia is gearing up for strategic reductions of gas supplies to Europe to increase their leverage in the winter. The pipeline Nord Stream 1 is already running at 40% capacity, with Russia citing technical issues. Many experts are skeptical about these claims.

There are shortfalls in gas supply across Europe, with Italian energy firm Eni stating it has only received half of the anticipated Russian gas supply. Austria and Slovakia have the same complaints. France has not received gas since 15 June, and Denmark, Finland, Netherlands, Bulgaria, and Poland have their supply cut off after these countries refused to buy gas in roubles.

Europe has committed to reaching maximum capacity or at least 80% of gas stocks before November. There is data hinting that it might have reached 55% already.

Before the invasion, Europe bought 40% of its gas from Russia. Now, that share has dropped to 20%. The continent also imports 45% of its coal imports from Russia.

Russia will tactically starve the continent of gas, and Europe might struggle to heat its homes this coming winter. Gas prices are likely to go up, and the EU cannot overlook the possibility of energy rationing.

The European Commission’s Energy Prices Toolbox has been assisting citizens and businesses for a while now. About 25 member states have adopted suggestions from the toolbox, and it is helping 70 million households struggling with the soaring gas prices.

EU is in a tricky spot. It wants to maintain its image as a leader in the fight against climate change while ensuring it does not slip into an energy crisis. The OPEC alliance is temporary and might help out in the short term. But in the long run, Europe must transition from a consumer to a gas producer while accelerating the adoption of renewable energy. 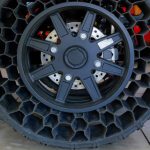 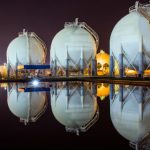