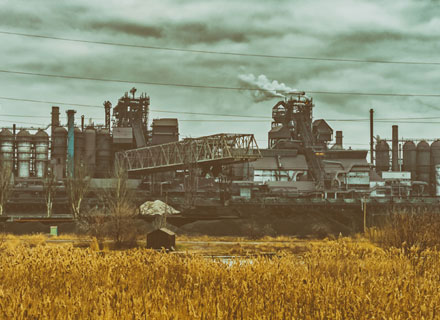 It was in the month of November last year that China recorded its first positive case of Covid-19 in the city of Wuhan. Since then, the novel disease has spread to nearly 180 countries, forcing the world to slip into a state of lockdown.

In March, Managing director at International Monetary Fund (IMF) Kristalina Georgieva announced that the fund has reassessed the growth prospects for 2020 and 2021 only to find out that the global economy has entered into a recession. The recession can be attributed to measures taken by countries to curb the spread, which includes having sealed borders, cancelled air travel, grounded flight and imposed a lockdown on citizens. The last time a global recession took place in 2008, it was caused by high default rates in the US’ subprime home mortgage sector. This time around it is the service sector which has played its hand in leading to a global recession.

Protracted pandemic could change globalisation
The pandemic has proved to be a major stress test for globalisation. With supply chains disrupted among economic sectors, the pandemic is forcing economists to reexamine the vulnerability of the interconnected global economy. Also, it will have ramifications for trade relations and globalisation in the long term.

Moody’s expects supply chains in some sectors to be reorganised. Such efforts are already underway and the pandemic’s shock has accelerated the trend. In essence, it could fundamentally change consumption patterns with the potential for a large-scale reorganisation of economic structures over time. Analysts say sectors such as leisure, hospitality, travel and retail will likely experience irreversible structural changes.

As individuals and businesses adapt to social distancing, the nature of work and delivery of services could permanently change in certain sectors. For example, disruption will likely occur in the oil and gas sector as a result of changes in travel and work life. Digitisation will increase in the process. And this shock could also lead to profound geopolitical consequences.

Against this background, a KPMG spokesperson told International Finance, “We are likely to see both businesses and households becoming more risk-averse and focusing on repairing their balance sheets in the medium term. There will be more remote working, and on-line commerce and business, and a greater emphasis on mitigating potential future risks.”

In depth analysis of recession 2020
It is impossible to predict the precise damage caused by the pandemic on the global economy mostly due to our inability to predict effectiveness of countermeasures, containment efforts and time frame required for the development of a vaccine. However, a thorough study of the markets and the GDP forecast of Covid-19 impacted countries shows signs of a global recession. In April, IMF Chief Economist Gita Gopinath said that the global economy will experience its worst recession since the Great Depression, surpassing the damage caused by the 2008 financial crisis.

IMF in its website said that if we assume the pandemic and required containment peaks in the second quarter for most countries in the world, and recedes in the second half of this year, it projects global growth in 2020 to fall to -3 percent, which is a significant downgrade of 6.3 percentage points from January 2020 forecasts.

Madhavi Bokil, Vice President and Senior Analyst in the Macro Research Team of the Credit Strategy and Standards Group and a member of Moody’s Macroeconomic Board told International Finance, “We expect that G-20 economies as a group will shrink 4 percent in 2020. These forecasts incorporate a severe contraction in economic activity in the first half of 2020 (especially in the second quarter in most major economies, except China), followed by a gradual resumption of activity in the second half of the year. In most major advanced economies and many major emerging market countries, the contraction will be severe enough to result in negative growth for the whole year. We expect that global economic activity will remain below the pre-coronavirus level through 2020 and much of 2021. In addition, much of the lost output, income, and revenues over this period are unlikely to be recovered.”

The IMF further said that growth in advanced economies is projected at -6.1 percent. Emerging markets and developing economies with normal growth levels well above advanced economies are also projected to have negative growth rates of -1.0 percent in 2020. However, the forecasts are likely to change and the damage could be further deepening as it depends on the trajectory of the pandemic.

“But how deep and long the downturn will depend on the success of measures taken to prevent the spread of COVID-19, the effects of government policies to alleviate liquidity problems in SMEs and to support families under financial distress. It also depends upon how companies react and prepare for the restart of economic activities. And, above all, it depends on how long the current lockdowns will last, Nuno Fernandes, who is a professor at the IESE Business School, Chairman at the Board of Auditors at Banco de Portugal and member of the Audit Committee, European Investment Bank told International Finance. “Despite many government measures to ease confinement restrictions, the service sector will remain in a deep hole and tourism will plummet this summer. And countries with heavy reliance on service and tourism-related jobs will continue to suffer for longer. I think we will only see significant signs of an employment rebound in the fourth quarter.”

Can a Covid-19 vaccine save the global economy?
Even though a vaccination for Covid-19 is still months away, it is imperative that global economies work together and bring out a vaccine to counter the virus. It is, in fact, the only way to be able to understand the actual trajectory of the damage caused by the novel disease—and then predict where our economy is heading.

While a vaccine may not be a tool to uplift the economy from recession, the development of a vaccine is vital. A spokesperson from KPMG said, “The duration of the recession will depend to a great degree on the timing of a vaccine becoming widely available. The economy is unlikely to recover significantly until that happens, as we will likely have on-going social distancing measures in place and high levels of uncertainty among businesses and households.”

Fernandes observed that the economic costs of a recession are unequally distributed, further stating that “We already know many of the most affected sectors. Also, based on prior crises, it seems that younger and less educated workers will, unfortunately, be more likely to lose their jobs. Also, it is next to impossible to correctly predict the final financial damage caused by the pandemic. This obviously depends on timing, the severity of the pandemic into future weeks or months and countries’ policy responses. Also, hopes of a coronavirus vaccine mount which would be welcome news. However, it is clear that if the ongoing crisis lasts until the end of the summer, the global economy faces the gravest threat seen in the last two centuries.”

Current lockdown versus financial crisis 2008
According to Bokil, this recession is different from the 2008 global financial crisis in two fundamental ways. First, this shock has its roots outside the economy. Social distancing measures and other restrictions designed to reduce the scale of human suffering and curb the spread of the virus are exacting tremendous economic costs in terms of loss of income, business earnings and jobs across major economies. The 2008 recession on the other hand resulted from a collapse of a US housing market bubble that quickly escalated into a financial crisis.

On the bright side, policy makers have benefited from the experiences of the last recession. In fact, Fernandes explained that “Public policymakers are now realising the massive economic consequences of the lockdown. Most importantly, the sooner we, as well as policymakers, understand and acknowledge this is not ‘another economic crisis’, the easier it is to deal with the future, focused, determined, and strong. The results suggest that on average, each additional month of crisis costs 2.5 percent to 3 percent of global GDP.”

Many of the tools used in the last crisis were deployed quickly and effectively to prevent disorderly developments in financial markets. On the other hand, fiscal space for a number of policy makers is more constrained this time. And interest rates are already quite close to the effective lower bound.

Economic activities to resume in H2 2020
Many experts and economists across the globe share the same thought that the recession could last longer than earlier predicted. Even though it is very difficult for economists to predict how long the recession will last without knowing when the pandemic will end there are certain indications. And based on these indications, economists and experts arrive at their conclusions. For example, Madhavi Bokil said, “We expect that economic activity will partially resume in the second half of this year. On a sequential basis we expect positive growth in 2020 H2, provided that the stay-at-home restrictions will be relaxed by the end of the second quarter.”

Bokil added that there are significant downside risks to the forecasts in the event that the pandemic is not contained and lockdowns have to be reinstated. A longer lockdown period would result in large-scale destruction of businesses and entire sectors as well as structurally high unemployment rates, a permanent loss of human capital and persistent malaise in consumption and investment. These scenarios would lead to a deeper recession or weaker recovery than what the IMF or Moody’s are currently projecting.

China has demonstrated significant efforts in tackling the virus and curbing its further spread. Within months, it has not only regained control over the situation but its economic activities are back on track. Factory activities have also resumed in China, however, full resumption of activity, especially spending on discretionary services is likely to take time.

Given that China got back on its feet within months of the pandemic, the big question is—can countries bounce back too? Interestingly, Bokil positively said ”In other countries, we expect recovery to be uneven across sectors as the fear of contagion will likely alter consumer behavior even after restrictions on business activity and mobility are lifted. Similar to China, the services sector will take longer to recover. In particular, activities that require a high degree of human contact, such as traveling, dining out, going to movie theaters, flying, and using mass transit, is unlikely to fully normalise until the disease is eradicated, or a vaccine or an effective treatment is available.” 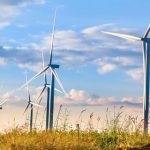 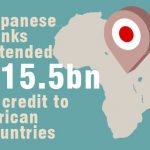 Why is Africa of such importance to Japan