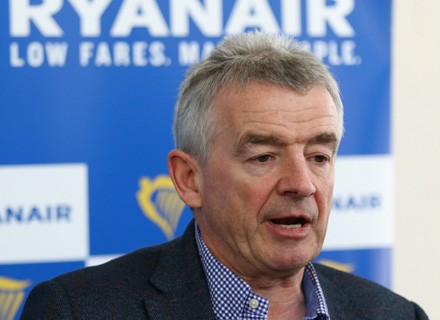 The age of the €10 ticket, according to Ryanair CEO Michael O'Leary, has ended.

The age of the €10 ticket, according to Ryanair CEO Michael O’Leary, has ended.

The Ryanair CEO informed the BBC that during the next five years, the airline’s average fare would increase from approximately €40 (£33.75) last year to approximately €50.

But despite the increased expense of living, he asserts that he thinks people will continue to fly regularly.

On BBC Radio 4’s Today programme, Michael O’Leary said, “You won’t see those fares for the next couple of years at the bottom end of the marketplace, our extremely cheap promotional fares — the one euro fares, the €0.99 fares, even the €9.99 fares.”

The increase in household energy prices that is driving up airfares is also reducing people’s discretionary incomes. The airline’s CEO however stated that he anticipates customers to look for less expensive alternatives as opposed to reducing their flying schedule.

In recent years, as air travel has grown more affordable, more people have taken flights in addition to having annual holidays and short trips overseas. In order to provide low-cost, no-frills services, airlines like Ryanair, Easyjet, Vueling, and Wizz Air have competed.

Commercial aviation presently contributes 2.4% of the world’s CO2 emissions, and there is pressure on the industry to lessen its influence on the environment through initiatives like campaigns to encourage rail and road travel.

The focus on lowering emissions from air travel, according to Michael O’Leary, was “misplaced,” and he asserted that shipping and road transport contributed to CO2 emissions more significantly overall.

Although Ryanair was making investments in more fuel-efficient planes, he claimed that switching from gasoline and diesel to electric road vehicles would result in far bigger reductions in the consumption of fossil fuels.

People have shown an eagerness to board planes after the COVID pandemic, which significantly hampered international travel.

However, as demand for air travel has increased, staff shortages at airports and airlines have resulted in delays and cancellations, both domestically and internationally. Some travellers have been required to wait for hours or make last-minute travel arrangements.

People have demonstrated a strong desire to board aircraft following the COVID pandemic, which severely interrupted international travel.

Staffing issues at airports and airlines have caused delays and cancellations, both in the UK and abroad, as demand for air travel has increased. Some travellers have been required to wait for hours or abruptly reschedule their travel plans.

Michael O’Leary claimed that he had “very little sympathy” for airports, claiming that they were aware of schedules months in advance and that security personnel, who were under their control, needed less training than pilots.

He charged Heathrow with “mismanagement” for limiting the number of travellers using the airport this summer.

The cap has been supported by Heathrow, who claimed that it was required to deliver dependable and secure service.

According to the Airport Operators Association, airports have been hiring workers since the end of last year, and the majority of passengers are currently travelling with little to no inconvenience.

Although Michael O’Leary expressed “hope” that the issues at UK airports will be rectified by next summer, he warned that Brexit would continue to make it difficult to find qualified candidates.

Despite having its headquarters in Dublin, Ryanair offers hundreds of routes to and from the UK.

He said that Britain’s exit from the EU had been a “disaster for the free movement of labour” and urged the government to “be honest and own up” to its role in the labour shortages.

Michael O’Leary asserted that the UK labour market was “fundamentally broken” and that it was time for the country to think about undoing “some of the foolishness of Brexit.”

The future UK prime minister should, according to him, make a free trade agreement with the EU, which includes labour mobility, a top priority. 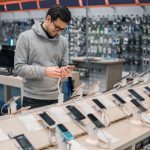 Top 10 ways to buy a smartphone with less money 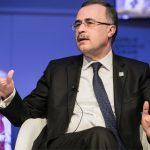