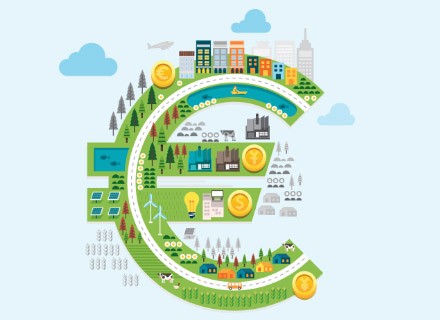 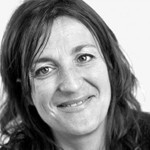 The year 2019 celebrates the 20th anniversary of the Euro. It is an ideal time to review what has been accomplished over these last 20 years of common currency in the Euro area. Has the adoption of the Euro fulfilled the hopes nourished by Euro citizens? The answer is far from being a straight forward ‘yes’ based on the surge of nationalistic parties in a significant number of Euro member countries, including the founding countries like Italy and France.

The Euro-area, wonderland of economic growth and competition?

The main argument for adopting a common currency is so countries in the Euro-area can achieve greater economic performance thanks to increased stability and competition, which will ultimately benefit Euro citizens as they enjoy a higher standard of living. Indeed, as explained by Robert Mundell in his famous 1961 paper ‘A Theory of Optimum Currency Areas’, sharing a common currency in an integrated trading area fosters economic growth thanks to lower transaction costs due to the elimination of exchange rate fluctuations, increased price transparency, and competition.

Has the promise of greater economic performance been delivered over the past 20 years? Based on the recent report published par the European Parliament in January 2019 entitled ‘Euro project, 20 years on’, the Euro-area member countries have clearly enjoyed the longest period of steady economic growth since the establishment of the Euro despite the sovereign debt crisis.

As stated, “since the establishment of the Euro and until the subsequent recession in 2011, GDP grew by 30 percent”. Nonetheless, the steady growth came at the price of a relatively lower level of economic growth as in the previous expansion where ‘GDP had grown by 40 percent,’ according to a London School of Economics study. Turning to data on wage per capita as a way to capture the situation of Euro citizens, they tell the same story as the GDP data: the volatility of wage per capita has been significantly less volatile over the period, but the growth of wage per capita has been comparatively lower. If we had not had the 2007 financial crisis that subsequently led to the sovereign debt crisis in the Euro area, the Euro could have been looked at as a success for its members as they began to deliver steady growth and economic stability through major economic integration.

The Euro, the sovereign debt crisis, and the rise of nationalistic parties

The sovereign debt crisis has been the starting point of the strong criticisms addressed to the European Commission and to the ECB that have been accused of making the population worse off. Since 2011, the GDP growth has globally flattened and countries bailed out have clearly suffered from a decrease in their GDP.

It is hard to say whether Euro-members could have performed better outside of the Euro area; countries bailed out included. Indeed, countries bailed out were characterised by structural weaknesses that have not resisted the global recession after the 2007 financial crisis. In the case of Greece, it can even be argued that its membership to the Euro delayed the crisis as investors kept buying Greek government bonds as a perfect substitute for any other Euro-member government bond in the belief that Euro-members would rescue any country in financial trouble sharing the burden. As it happens, this was a wrong assumption as no rules had been clearly written. It does not come at a surprise that feelings of discontent occur when the bad times come and choices need to be made. As long as economic growth was steady, everyone was more or less benefiting from economic prosperity. When came the time of recession, resources became tight, choices had to be made, and population discontent started to spread.

The main discontent regarded the inability of governments to pursue their own public spending agenda due to the existence of the stability pact capping government deficit and debt – even if in reality the limits have all been bypassed during the worst of the economic recession – and prohibiting the monetisation of government debt. The incapacity of countries to recover was attributed to the inflexibility of the European Commission and the ECB. The situation would have improved if governments could have spent as much as much it took to restore economic activity printing money and devaluating in order to stimulate exports. The reason for the prolonged recession was essentially due to the lack of governments’ empowerment.

Printing money is never the solution

The rise of nationalistic parties across Euro member countries is a straightforward illustration of that belief. Unfortunately, economics does not work that way. Spending by printing money has never brought any restoration of economic growth as some countries in South America or Africa have experienced again recently; it is usually the road to economic chaos. Most of the time, countries that have come under pressure with the spread of sovereign debt crisis are countries that have suffered from structural problems that had not been addressed during booming times. This had been the case especially in Portugal, Spain, Greece, Italy and France. Taking a different angle, it is even possible to say that countries struggling with long-lived structural issues have mainly benefited from the Euro until the sovereign debt crisis because economic prosperity hid their internal problems. 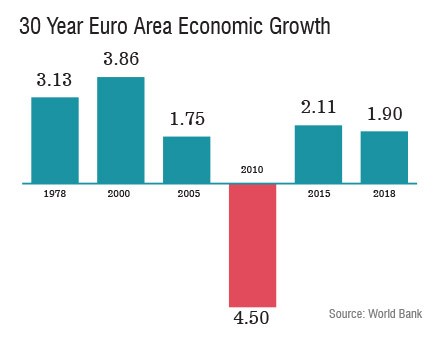 To conclude we can ask ourselves if the situation of the euro-member countries would have been that different if we had not had the Euro? The answer is clearly no since the Euro brought more stability to some countries thanks to the delivery of a more credible and stable currency compared to their national counterparts (just think about the devaluation of the Italian Lira, the Spanish peseta or the French franc during the time of the European Monetary System!).

If we take a look around the world, we can see that demand for nationalistic policies are far from exclusive to Euro-area countries. Let’s start with the election of Donald Trump in the US and the trade war he has started with China! As theorised by the economist Rodrick, governments are now facing the impossible trilemma where democracy, national sovereignty, and global economic integration are mutually incompatible, just two of the three are mutually compatible. National sovereignty is indeed hardly compatible with democracy and economic integration.

Nathalie Janson has been Associate Professor of Economics at NEOMA Business School since 2001 and teaches mainly microeconomics, money and banking, and banking organisation and regulation. She has taught in many countries, including France, the United States, Colombia and China 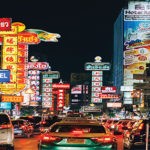 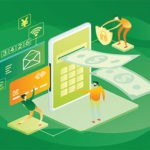