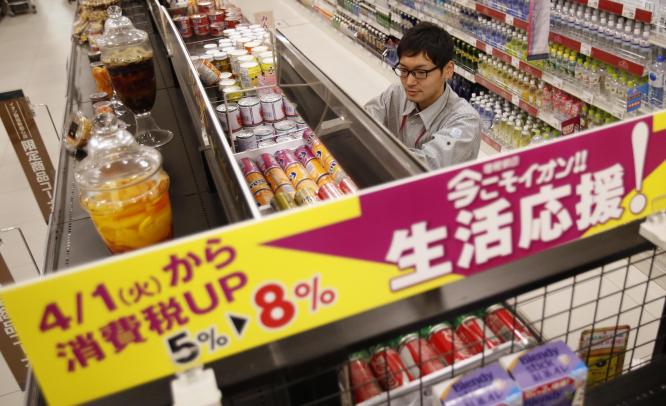 The plunge, the fastest in three years, was a direct fallout of April sales tax hike, reports Team IFM Tokyo,June 2: Retail sales plunged at its briskest pace in April in Japan since it was struck by the twin blows of a tsunami and an earthquake in 2011, official data released on Wednesday said, but analysts said a recovery was likely round the corner. The...

The plunge, the fastest in three years, was a direct fallout of April sales tax hike, reports Team IFM

Tokyo,June 2: Retail sales plunged at its briskest pace in April in Japan since it was struck by the twin blows of a tsunami and an earthquake in 2011, official data released on Wednesday said, but analysts said a recovery was likely round the corner.

The latest sales data also reflected the findings of a government-backed survey earlier this month that said the most vulnerable sections of Japanese society had been left gasping by last month’s sales tax hike.

The pace of decline, triggered primarily by the 5-8 percent sales tax hike imposed by the Abe Shinzo government from April 1 to raise welfare funds, is also reminiscent of sales taking a hit following Japan’s first spike in consumption tax rates in 1997.

According to the data released by Japan’s Ministry of Enterprise, Trade and Industry (Meti), year-on-year sales declined 4.4 percent last month, while the fall was steeper at 13.7 when compared to data this March.

On both counts, the level of deterioration was beyond predictions by economists. The monthly fall was more than the median estimate for a 3.3 percent decline forecast by a Reuters poll of analysts, while the year-on-year dip topped the median forecast of an 11.7 percent decline obtained from a Bloomberg News survey of 11 economists.

The data is in line with the scenario painted by a government-sponsored survey report released here on May 12, which said the section of Japanese society most susceptible to economic fluctuations – people such as taxi and truck drivers, department store sales staff and restaurant and shop owners – were downbeat following the sales tax hike last month.

But at the same time the report, called the Economy Watchers’ Survey – commissioned by Japan’s Cabinet Office to track the sentiments of this section – also said this section believed the situation would look up.

Apparently, economists believe so too. However, there is also an accompanying conjecture: analysts have begun wondering whether the economy will spring back enough to goad the government into further raising the levy, as planned earlier.

“Consumption will likely bounce back after a fall-off in demand, but the pace will probably be slow,” Bloomberg quoted Hiroaki Muto, a senior economist at Sumitomo Mitsui Asset Management Co in Tokyo, as saying.

“The government will probably push through the second tax increase, though it may add fiscal stimulus to cushion any slowdown,” Muto said.

The April sales decline was pushed by a fall in all sectors including critical segments such as auto, clothing, food and beverages.

“As was expected, the implementation of the increase in the sales tax negatively impacted on Japanese manufacturing companies,” said Markit economist Amy Brownbill.

For Shuji Tonouchi, senior fixed income strategist at Mitsubishi UFJ Morgan Stanley Securities, there are “signs” that declines in spending on daily necessities are already bottoming out. “This supports a gradual recovery in spending,” Tonouchi told Reuters.

In fact, in what analysts say is an “encouraging sign”, the fall in sales of clothing and toiletries were not as harsh as other sectors, indicating that consumers would return in May.

A JP Morgan survey report released earlier this month, which said the disappointing performance by Japanese manufacturers on the eve of the second quarter dragged global economic growth to a six-month low in April, also said the sales tax hike would have only a temporary effect.

The survey said Japan’s output declined at “the steepest pace for almost three years”, with activity falling markedly at both manufacturers and service providers, and the PMI output indices for these sectors falling by 8.0 and 5.8 points respectively.

“This mainly reflected the payback from a sales tax increase in Japan earlier in 2014, however, raising hopes that the downturn will prove only temporary,” said the JP Morgan report, prepared on the basis of data collected by Markit.

Japanese economy grew more than estimated in the first quarter, mainly driven by the new sales tax hike plan that kicked off on April 1.

The economic growth is expected to contract at an annualized 3.5 percent in the second quarter because of the levy increase, before rebounding to a 2.1 percent growth in the third, said Bloomberg.

Japan’s GDP jumped to 5.9 percent in the first quarter, much above analysts’ forecast of 4.2 percent.

However, the sales tax hike and the concomitant fall in demand in April had a direct impact on factory output, a Markit survey found.

According to it, manufacturers saw output and new orders declining, both falling for the first time in 14 months. In both cases, firms linked the reductions to the rise in the sales tax.

Alongside, the month also saw the highest rate of growth in payroll numbers since February 2007. Both prices charged and input prices rose in April, with selling prices increasing marginally following a decline in March.

Markit’s manufacturing PMI posted at 49.4 in April, down from 53.9 in March. “This was the first time in 14 months that the Japanese manufacturing sector saw deterioration in business conditions,” Markit said. “Output fell to the greatest extent seen since December 2012.”

The main contributor according to anecdotal evidence was a decline in demand. Indeed, similar to output, new orders decreased, with evidence suggesting the increase in the sales tax was the main factor behind lower new orders, as clients had brought forward purchases in March to avoid paying additional costs the following month.

Alongside, new export business also fell. “The rate of decline was marginal in April, but nonetheless the first reduction recorded in eight months. Solid decline in work outstanding was observed,” Markit said.

Buying capacity of manufacturers declined sharply in April and at the fastest pace since December 2012. Firms commented on a decrease in purchasing activity because of a drop in new orders.

In contrast to the majority of the indexes, Japanese manufacturers saw employment growth for the ninth month running. Moreover, the rate of job creation quickened to the sharpest since February 2007 as companies took on extra staff in anticipation of future workload growth.

“Output and new orders both fell for the first time in 14 months,” said Markit economist Brownbill. “In both cases, Japanese manufacturing companies linked the reductions to the increase in the sales tax.”

Brownbill referred to payroll numbers that increased at a faster rate than in March and was the sharpest since February 2007.

“It will be interesting to see whether the increase in the sales tax will continue to have a negative impact on Japanese manufacturing activity in the future months or whether the effects will only be short lived,” she said. 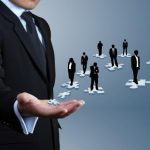 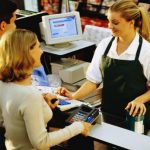