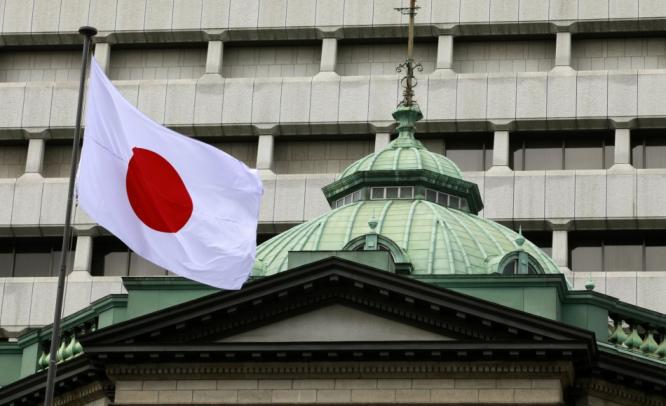 Bank of Japan warns of flat export performance even as business and consumer confidence takes a hit on sales tax hike, reports Team IFM Tokyo, March 12:  Japan’s central bank has retained its pace of stimulus to keep its economic growth on rails, it said in a statement on Tuesday, even as it warned against flat export demand while another official report noted that economic...

Tokyo, March 12:  Japan’s central bank has retained its pace of stimulus to keep its economic growth on rails, it said in a statement on Tuesday, even as it warned against flat export demand while another official report noted that economic confidence in the country was at its lowest since early 2011.

Bank of Japan said that its Policy Board has decided to conduct money market operations to ensure the monetary base will increase at an annual pace of about 60-70 trillion yen, or about $677 billion a year.

This was in line with what most economists polled by financial services and news provider Bloomberg predicted: 73 per cent of them believe BOJ will increase easing in September.

With regard to the asset purchases, BOJ said it will continue with purchasing Japanese government bonds so that their amount outstanding will increase at an annual pace of about 50 trillion yen, and the average remaining maturity of the Bank’s JGB purchases will be about seven years.

It also said it will purchase exchange-traded funds and Japan real estate investment trusts so that their amounts outstanding will increase at an annual pace of about 1 trillion yen and about 30 billion yen respectively.

“The BOJ has to stand ready to act,” Kazuhiko Ogata, chief Japan economist at Credit Agricole SA, was quoted by Bloomberg as saying. “Kuroda’s handling of monetary policy will be tested, as he doesn’t want to be seen as passive by moving too late,” the economist said, referring to BOJ Governor Haruhiko Kuroda.

Ogata’s contention that the BOJ governor would be “tested” was in reference to the sales levy increases – from 5 per cent to eight per cent and the first such hike in 17 years – that will come into effect next month.  Both companies and consumers have flocked to make purchases before the levy hike, pushing the country’s industrial production to its highest point since June 2011.

However, that seems to be a short-term development, as business expectations seems to have somewhat dampened on the eve of the levy increase, according to the Economy Watchers’ Survey report released by the Cabinet Office.  It said economic expectations of companies and people have hit the lowest point since March 2011.

“The negative effect from the sales tax rise could be worse than the BOJ and the government expect,” Yoshimasa Maruyama, the chief economist at Japanese trading concern Itochu in Tokyo, told Bloomberg.

The BOJ statement said Japan’s economy has continued to recover moderately, and “a front-loaded increase” in demand prior to the consumption tax hike has recently been observed.

On the other hand, it said, though overseas economies — mainly advanced economies — are starting to recover, a “lacklustre performance is still seen in part”. As a result, exports have recently levelled off more or less and any increase would be moderate.

The statement also said the pick-up in business fixed investment has become increasingly evident as corporate profits have improved. Public investment has continued to increase.

With improvement in the employment and income situation, housing investment has continued to increase and private consumption has remained resilient. Reflecting these developments in demand both at home and abroad, industrial production has been increasing at a somewhat accelerated pace, BOJ said.

“With regard to the outlook, Japan’s economy is expected to continue a moderate recovery as a trend, while it will be affected by the front-loaded increase and subsequent decline in demand prior to and after the consumption tax hike,” the statement noted.

Under these circumstances, industrial production is expected to follow a moderate increasing trend, it added.

Meanwhile, risks to the outlook include developments in the emerging and commodity-exporting economies, the prospects for the European debt problem, and the pace of recovery in the US economy.

On the price front, domestic corporate goods prices are rising moderately relative to three months earlier, mainly against the backdrop of movements in international commodity prices and foreign exchange rates.

“Inflation expectations appear to be rising on the whole,” BOJ said.

The Economy Watchers Survey for January, released on Monday by the Cabinet Office, said businesses are bracing for a drop in economic activity after the sales tax rise.  The diffusion index (DI) – a measure of movement in a business cycle – for current economic conditions went down 1 point from the previous month to 54.7 in January.

This is the first drop in three months, the survey report said, but maintained it is still standing at a high level.

The DI for future economic conditions in January fell 5.7 points from the previous month to 49; the survey report said this was for the second straight month of decline.

It said this was despite increased sales elsewhere such as in luxury goods, cars and home appliances – all in response to last-minute rise in demand before a consumption tax increase.

In keeping with the overall dampened mood, corporate activity-related DI went down, “owing mainly to a slowdown in growth of new orders and output among some businesses”.

On the brighter side, the employment-related DI rose. 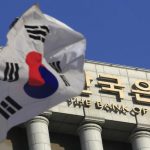